A Journey of Complementary Experiences

A Journey of Complementary Experiences

“Mana is highly recommended as an African wilderness destination, and if you go, try spend at least three nights at both Ruckomechi and Chikwenya to enjoy the natural rhythms and calm found here”.

Growing up in Zimbabwe, one of our favourite family escapes was to the Zambezi Valley and the unmatched Mana Pools National Park. So many fond memories. This is a remote, beautiful area with incredible views of the broad Zambezi River, floodplains, riverine woodland and the mesmerising mountains of the Rift Valley escarpment across into Zambia.

It was thus wonderful to return to this magical corner of southern Africa in June 2019. The Ruckomechi and Chikwenya concessions offer productive and complementary habitat types that ended up giving us a very special Mana Pools experience overall – dare I say even better than I could recall.

We started our Mana Pools safari in the western extremity of this park at Ruckomechi Camp, which we accessed by boat from Chirundu after visiting Zambia. The boat trip was an easy one hour affair, which was very enjoyable with much to see along the way.

Ruckomechi is found amongst a swathe of habitats. Large trees fringe the Ruckomechi River with accompanying grassy floodplains, while croton thickets are south of Little Ruckomechi, and cathedral mopane woodland towards the interior. This habitat variety allowed for some amazing wildlife sightings over our rather short two-night stay here.

Elephant sightings were amazing and we even saw one of Mana’s legendary tuskers, who goes by the rather unfortunate name of Boswell. I am sure a more appropriate Shona name could have been given to such a commanding elephant bull. General game diversity and density on the Zambezi River floodplains were equally impressive – waterbuck, buffalo, impala, zebra, warthog and baboon were seen on every drive. Two lionesses that had just taken down an unlucky impala ram were also encountered. The Zambezi River itself has healthy populations of hippopotamus, whose grunts can be heard all day (and night), and immense Nile crocodile were found basking on the banks. Mana also boasts one the highest concentrations of endangered African wild dog in Africa. Another wonderful sighting was seeing an active African civet in the middle of the day! This large viverrid is typically nocturnal, hence all our excitement.

Ruckomechi Camp’s vantage, overlooking the Zambezi River and Zambia, could not be nicer, and it is a wonderful location to spend some time between activities. Our visit to this wonderful camp was over way to soon.

Rather than flying to Chikwenya, situated on the eastern side of Mana, we opted to drive when the rather fortunate opportunity to do this came about. This meant we were able to traverse the full extent of Mana Pools National Park through very enjoyable habitat and scenery. This stretch of the Zambezi River is famous for its four main pools (after which the Park is named: ‘mana’ means ‘four’ in Shona) – Main, Chine, Long and Chisambuk – which are remnants of channels of the river which stopped flowing years ago. We enjoyed a relaxed picnic lunch at Long Pool, along with teeming waterbirds and basking hippo, before heading onto Chikwenya, where we stayed another two nights.

The key habitat in the Chikwenya area is albida forest. These trees, also known as ana trees, leaf and flower in winter and fruit in spring. Their nutritious pods attract a diversity of wildlife, from elephant and eland to baboons, throughout the dry season. The Chikwenya area also has an extensive floodplain that attracts a large number of grazers, tall mopane woodland, giant old baobabs and lush riparian thicket along the Sapi River.

Exploring these floodplains, with their magnificent albida and mahogany trees, we enjoyed the antics of feeding elephant, stretching on their hind legs and using the full extent of their prehensile trunks to get to the sought-after ana trees. One can also notice the distinct browse line in the tree community here, with the understorey kept in check by the high number of browsing animals. In the early morning, the albida forest is lit in hues of orange, the light rays penetrating the trees and making for some excellent photographic opportunities of the many and varied wildlife species. Chikwenya has good concentrations of elephant, eland, impala, zebra and buffalo while the theatrics of baboon troops never ceased to delight me here too. Other guests were also fortunate enough to see leopard and lion. Spotted hyaena were heard most nights too as we sat around the campfire before dinner.

Birding in the Chikwenya area is quite different to that of Ruckomechi and we added a number of new species to our overall trip list of 162. The prize in this regard had to go to the Livingstone’s flycatcher; we managed to find a pair of these stunning, extremely busy little birds along the Sapi River. Huge excitement all around. Other great bird sightings included Arnot’s chat, racket-tailed roller, three-banded courser (again!), red-throated twinspot right in Chikwenya Camp, nesting tawny eagle, a stunning flock of grey-headed parrot, fiery-necked nightjar, African wood owl, a surprise black sparrowhawk, African harrier hawk, Lilian’s lovebird were numerous, southern black tit, western banded snake-eagle, Böhm’s spinetail and an obliging shikra. The variety of raptors, from vultures to accipiters, in Mana was definitely another highlight for me.

The section of the Zambezi River, at the confluence of the ephemeral Sapi River where Chikwenya is thoughtfully situated, offers quite a different experience to Ruckomechi. From camp, one overlooks a wide floodplain, the large Chikwenya Island and the Lower Zambezi National Park across the river in Zambia. This setting felt as remote as it gets. One has lunch in the shade of a dense mahogany tree gazing out at this all while eland, zebra and waterbuck often feed in front of you.

At both Ruckomechi and Chikwenya, the expertise of the guides shines through, and walking safaris are another exciting activity option for both camps. While we opted mostly for safari drives, we also had a sublime afternoon boat trip on the Zambezi River around Chikwenya Island. It was so wonderful and so peaceful, and many great childhood memories flooded back.

On a macro level, with soaring inflation, dwindling money supply and most Zimbabweans really just struggling through life on a daily basis under huge challenges, Zimbabwe’s wilderness areas like Mana need tourism more than ever. Thankfully, Mana Pools has also been declared a World Heritage Site, owing to its extraordinary wilderness landscapes, diverse wildlife populations and cultural importance. Mana is highly recommended as an African wilderness destination, and if you go, try spend at least three nights at both Ruckomechi and Chikwenya to enjoy the natural rhythms and calm found here. Seems I am also not alone in my accolades, as Mana ranked number two in Africa’s top 50 safari parks in a recent (2019) survey. 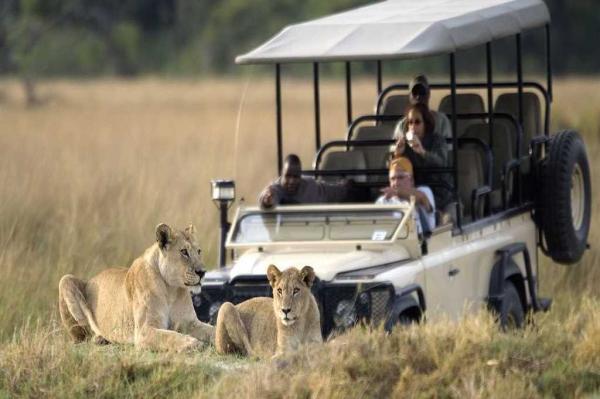