A Safari Wedding Made For Two

A Safari Wedding Made For Two

Monica and Ricardo weren’t planning on having a safari wedding, when they were looking at visiting Lion Sands Game Reserve.

Their original idea was to go on an African safari for their honeymoon. They both have big families that they wanted to share their special day with.

Monica had dreamed of going on a safari since she was a little girl. She even told her fiancé that the number one item on her bucket list was to go on a safari and see an elephant in the wild.

The two did their research for a honeymoon location, and when they came across Lion Sands, they fell in love it and knew it was ‘the place’. The more they read about it, the more they thought they didn’t just want to honeymoon here. Lion Sands was actually the place they were meant to have their perfect safari wedding!

Just a few days after Valentine’s Day, Monica walked down a specially made aisle on Lion Sands’ Inkwaze Deck. At this picturesque spot that overlooks the Sabie River, their “I Do’s” were officiated by one of our very own Lion Sands family members.

The décor was simple and elegant, just as they had requested. Though it was a private ceremony with just the two of them, they were far from alone.

They came with letters and videos of love and congratulations from their friends and family and were serenaded throughout the ceremony by a local African choir.

Song and dance were of particular importance to them as the couple met during a theatre course, and it was music that brought them together.

The celebration continued on a game drive to another bush venue with one of our favourite lookout spots – Nick’s Place – where they clinked champagne glasses as the sun set on a spectacular day. Needless to say, it was the perfect ceremony for two.

The post A Safari Wedding Made For Two appeared first on Lion Sands. 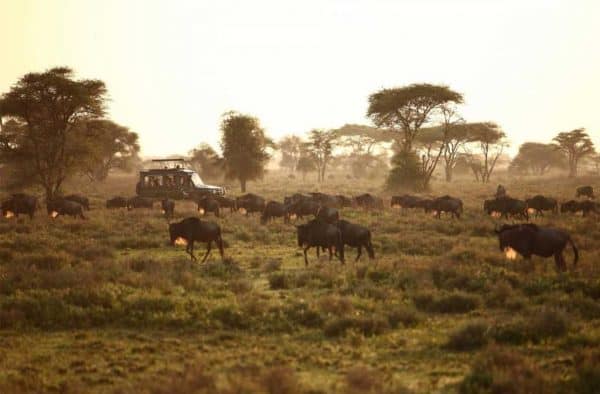