An accomplished kill devoured by a bandit

An accomplished kill devoured by a bandit

Full alert is a basic requirement possessed by the majority of antelopes, the impala- most of all. These bronzed prancers are in a constant state of angst, they have many predators and once the sun slips past the horizon and night fills the sky, their eyesight is poor, to say the least. However, it is day time and a male impala carelessly grazes beneath a large sausage tree. The fantastic ringed horns of the impala face forwards as the male dips his head to graze, he is relaxed, he is unaware.

In a lower branch of the sausage tree sits a cat we all know, unlike the impala, Chiphadzuwa is on full alert. She is sitting on her back haunches, observing the impala, calculating her attack. Practising patience Chiphadzuwa watches the impala, she moves her body quietly in the tree, positioning herself appropriately, but ensuring she is not making any impulsive moves. After roughly three minutes of watching the impala, Chiphadzuwa leaps from the branch and lands perfectly on top of the male impala, away from his deadly horns. A foolproof operation performed by a streamlined Panthera Pardus.

The impala takes his last breaths with Chiphadzuwa’s hunting weapons firmly gripped around its airways. This grip is not maintained long enough, Chiphadzuwa watches a lone hyena emerge from the thickets. Without hesitation, the hyena takes the other end of the impala to claim it as its own. The strength of the hyena is too great, Chiphadzuwa digs her claws into the ground, but the momentum produced by the hyena shifts her forwards with the kill in her teeth. Determined to claim Chiphadzuwa’s kill, the hyena begins eating, Chiphadzuwa is defenceless.

Watch the whole story unfold in the video below! 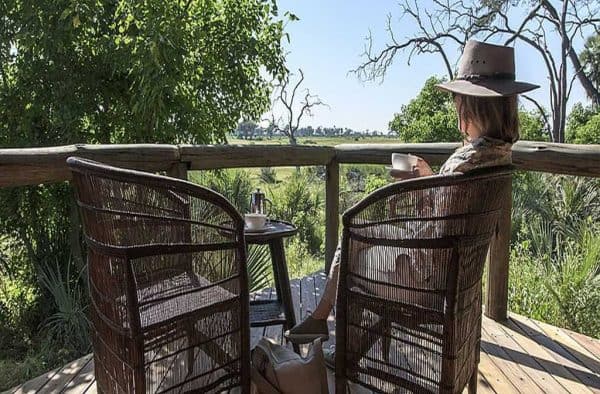