As elusive as leopards may be, their legendary adaptability has fostered a belief that they are widespread both inside and outside of protected areas. As a result, the species has received little conservation attention to date but loss of habitat and prey, coupled with high levels of demand for skins, is threatening the species’ very existence. Singita’s research work with Panthera, a non-profit organisation dedicated to the conservation of big cats the world over, seeks to better understand their behaviour and population dynamics; information which will help to drive positive policy changes that will keep healthy numbers of leopards in the wild for future generations.

Over the past few years, Singita and Panthera have collaborated on a series of camera trap surveys in the Sabi Sand and Kruger National Park to determine leopard density in areas of varying exposure to anthropogenic threats. The person responsible for setting up and monitoring the traps was Lucy Smyth, a PhD student from the University of Cape Town who has worked with Panthera throughout her studies. Having completed an undergraduate degree in Applied Biology and Ecology and Evolution, as well as an Honours in Biological Sciences, Lucy took on the challenge of putting 90 motion-activated cameras into the wilderness to photograph leopards in action.

“I am passionate about addressing the impacts that we, as humans, are having on our beautiful planet. Spending a year and a half living in the savanna among its amazing inhabitants has felt like a dream come true.” — Lucy Smyth

Lucy’s interest in this particular project is motivated by the power that the results have to effect meaningful change. The information gleaned from the camera trap surveys is fed directly to people of influence in conservation management and government, making the research critically important to the future success of the leopard species in Africa. As personally and professionally rewarding as the work may be, there is still serious cause for concern when it comes to leopard density in the Kruger National Park and elsewhere. While the Sabi Sand, one of the best protected and most pristine leopard habitats in the world, is home to the greatest density of leopards of any area surveyed by Panthera, the initial outcome of the work in the Kruger suggests that the species is still in trouble.

“Big cats need space, a large proportion of which no longer exists due to urbanisation and agriculture, amongst other things,” says Lucy, highlighting the detrimental impact of human encroachment on leopards and other big cats, who continue to lose vast expanses of their historic range across the continent. The threat of extinction becomes ever more real when one considers the fact that there are likely fewer than 5,000 leopards remaining in South Africa, with their numbers continuing to decline at an alarming rate. Without the dedication of people like Lucy and the efforts and influence of organisations like Singita and Panthera, it won’t be long before we lose them and the other threatened species under our care, forever.

YOU CAN HELP
The generous support of Singita’s guests, individual and corporate donors are critical to the success of projects like these. Your donation could pay for or contribute towards a camera trap survey ($3,500) or a single camera ($120), allowing Singita and Panthera to continue to fight for the survival of Africa’s most iconic wildlife. Please consider making a donation in any amount to Panthera for this important conservation project: Donate now » 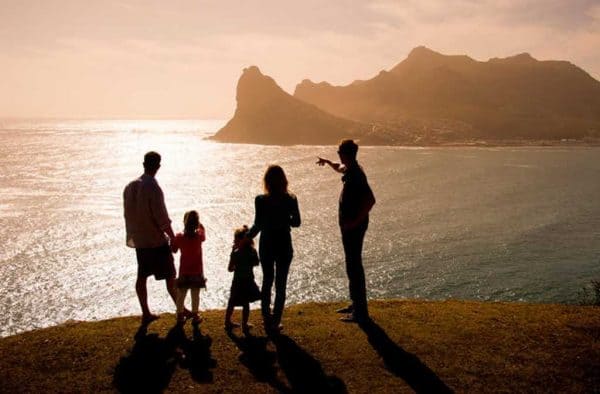