It is with great honour to announce that we believe we got to witness Mama Kaingo’s cubs first kill. There is a method behind this thinking as they had been regular callers all week and the behaviour between the two is something each mother and cub goes through.

The pair had been going through the much later stages of a leopard ‘weaning period’. This period begins at roughly three months old. A cub will follow its mother’s every step, learning how to behave like a hunter once they have learnt how to eat solid food. Hunting behaviour is learnt over a long period of time and only at roughly 18 to 22 months will separation between mother and cub begin to take place. This separation occurs through the mother attempting to stop the cub from eating her kills. Thus, somewhat forcing the cub to begin hunting independently. This being said, Mama Kaingo and her cub had been displaying this behaviour for roughly a fortnight. What’s more, the evening prior to this sighting, the pair were spotted feeding together. However, with great tension and impatience displayed by Mama Kaingo.

A day later from this sighting, Hendrix and two guests had been tipped off. They were informed the pair were in the picturesque ebony grove. The camp rumours were true, Mama Kaingo’s cub lay beautiful under an ebony tree. Hendrix and his guests were sitting peacefully watching the cub before he started to make a move towards the Luangwa River. The viewers followed on, a respectful distance away. Mama Kaingo’s cub dipped and dived between bushes. He crossed the road in front of the vehicle and once again dived into the thickets.

The viewers took a long route round in the hopes to catch the roughly 18-month-old cub in his path. Sure enough, six minutes later, they found him again. There he lay, head resting on his paws but 100 per cent alert. This attentive behaviour paid off. Behind the vehicle, a troop of banded mongoose scuttled past, obliviously to the dangers they were to run into. Mama Kaingo’s cub strung to attention, dived into the bushes and a series of squeals and noises of struggle bellowed out. The guests and Hendrix sat silent, completely shocked. The noises continued before about nine banded mongooses made an escape, leaving behind Mama Kaingo’s cubs first kill.

The male looked at us, mongoose between his teeth before walking off into the bushes to enjoy his earnings. Well done cub! 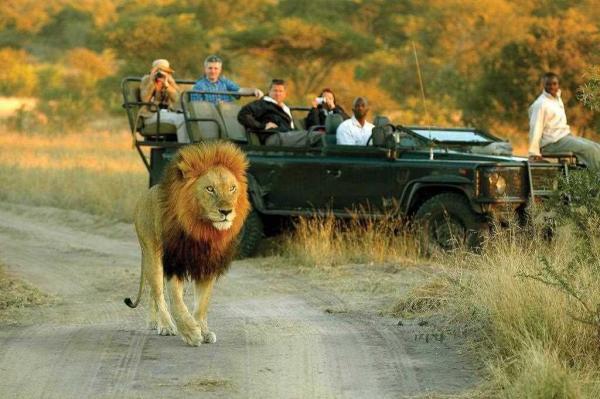