He was perhaps the most iconic, and certainly most recognisable lion in South Africa in recent years. Some called him ‘Hang Tooth’ in reference to his lower right canine that hung down from the side of his mouth.

His tooth was fully displaced after being kicked by a giraffe, which was amazingly witnessed by Lion Sands guides and guests some years ago. After the injury, on first glance, he seemed to embody everything a male lion should be – powerful, fierce, resilient, and a survivor.

The two Charleston Male brothers were an important coalition at Lion Sands for many years. They were born on the neighbouring property to the east, and our guides and guests watched them grow into the tremendous lions they became.

The Charleston Males had a captivating presence about them. Not only were they strikingly big, black-maned lions, but they also exuded confidence in their demeanour and roamed around with a swagger that only the most dominant of apex predators could possess.

After many years patrolling Lion Sands, a few years ago they gave up their place at Lion Sands and moved south into the Kruger Park, only occasionally revisiting their old territory here. From 2017 onward, we only ever saw them again a handful of times (but even a quick visit usually caused a stir).

On the 24th of May 2019 while on safari in Kruger National Park, the guides of Lion Sands were surprised to see one of the Charleston Males, ‘hang tooth’, very close to the boundary of the Lion Sands concession. While his face still looked regal, he was thin and unable to walk.

Shortly thereafter, we received news that he had died after sustaining irrecoverable injuries to his back. Following an autopsy, South African National Parks confirmed that his injury was not a result of an altercation with another animal (based on the absence of any external wounds), but due to a natural lameness that developed and inhibited the use of his hind legs.

Male lions don’t often have the privilege of dying of old age. Starting as cubs, their world is full of obstacles to survival. For the male lions who do make it to adulthood and rule an area, once old age sets in and they lose condition, their fate is often in the hands of younger dominant males, who will kill them to take over a territory.

Interestingly, the location where this lion died was further north of the area he had occupied before. It appears he was moving in the direction of his previous territory of Lion Sands or maybe even to his birthplace. It’s impossible to know, but perhaps he knew it was the end, and he was moving to a place of comfort and familiarity. Lions have been known to seek places of security before they die.

This lion left a legacy behind in the numerous cubs that he fathered. The Charleston Males were the dominant males to the Southern Pride and are the bloodline in the lions that we still see at Lion Sands today. We can only now look back and remember a tremendous lion and appreciate that we got to see him one last time before he passed on. RIP Hang Tooth, you will be missed. 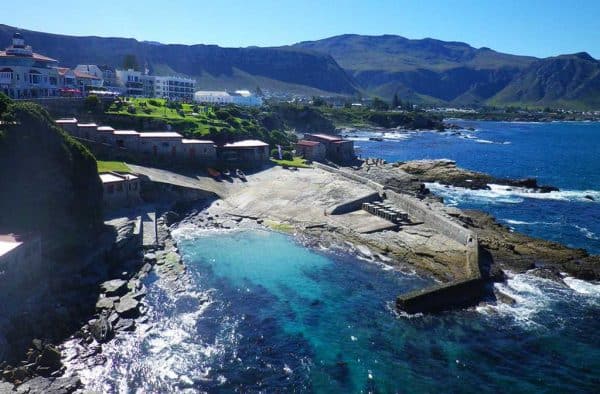