March was definitely the month of giving – we were overwhelmed with the sheer generosity of our guests who have really gone above and beyond to provide much needed assistance to SACOLA (Sabyinyo Community Livelihood Association), the governing body who own Sabyinyo Silverback Lodge. Our dear friend Margot Raggett donated a second lot of solar lights to the community, she also funded the Sewing Project in cooperation with Governor’s Camps. Margot, who has now funded two light projects, the sewing project and also made substantial contributions to the Gishwati Forest of Hope project, has been a major supporter and donor for many years. The handover ceremony was held on 9th March by Leonard Harerimana (of Sabyinyo Silverback Lodge),  Emmanuel Harerimana (of Rwanda Development Board) and local community leaders. It was a very exciting and special day, and we thank Margot Ragget deeply on bringing, yet again, the gift of light to this time 300 households in Rwanda!

The community’s message was: ‘Dear donors and friends of Rwanda, thank you very much for your heart full of love. We have no words to express our sincere thanks to you who put resources together to contribute to our better life. You and youraction of grace will remain in our hearts forever. God bless you all’

SACOLA and the family of Nyirarudodo are sending special thanks to another of our guests, Tiffany Hawes, who very kindly donated USD 7,000 to build the family a house. Tiffany decided to do this act of generosity a few days after her stay at Sabyinyo in October 2018.

And yet another of our generous guests, Charlotte Adams, delved deep into understanding the work of SACOLA and how it benefits the community, and ultimately gorilla conservation and decided to become a partner and successfully set up the “Donate a cow project”. Charlotte donated USD 5,000 to SACOLA for 10 cows which all were donated on Friday March 22, 2019. She has kindly committed to donating 10 more cows next July!

We had a group of YPO (Young Presidents Association) members stay with us at Sabyinyo after their 2019 YPO EDGE Conference in Cape Town. Their stay culminated in amazing treks among the gorillas and they were entertained over three carefully organised days at the lodge.

In his role as UNDP Goodwill Ambassador, the Danish actor Nikolaj Coster-Waldau (best known for starring in HBO’s Game of Thrones), focuses on raising awareness and support for the Sustainable Development Goals. Also known as the Global Goals, they are a universal call to action to end poverty, fight inequality and stop climate change. Nicolaj is also a spokesperson for a global cause titled The Lion’s Share, which will see partners contribute 0.5 percent of their media spend to the fund for each advertisement they use featuring an animal. Those funds will be used to support animals and their habitats around the world. Mars is the first advertising partner in The Lion’s Share.

In March we also hosted Chris Harrison from ‘The Brand Inside’ plus Alex Millar (our Governors’ Brand Ambassador) and Thor Karstad (our Project Manager) as we set out to film an internal documentary of Governors’ Camp Collection. The purpose of this project is for our own internal learning purposes – and as we grow as a company – we want to maintain all the small and many identities and intrinsic qualities that make up who we, The Governors’ Family, are. The film will feature many staff from each department across the company, that we can share it with new staff and circulate amongst ourselves from time to time – to remind us who and what Governors’ is.

As we enter into “bamboo shoot” season here in Volcanoes National Park, the gorillas can be found in the lower reaches of the mountain where the bamboo vegetation belt is. Bamboo shoots are a favourite food of the gorillas, and it has often been suggested that they seem to get “drunk” off of them because they become very playful and gregarious. A more accepted explanation now is that because of the high nutritional content of the bamboo shoots, the energy levels of the gorillas are higher than average during bamboo shoot season! March, April and May can prove to be fantastic times of year for trekking due to the gorillas often being at lower altitudes, and often exhibiting rambunctious behaviour!

While you are with us at Sabyinyo, if you have the time, we would encourage you to visit Handspun Hope – a beautiful social enterprise employing women in the wonderful art of spinning wool into yarn. They farm their own Merino sheep (next to Sabyinyo Silverback Lodge) and harvest the wool when it reaches 3.5 inches long. The wool is hand-washed and dried, combed, then spun into single ply yarn on a traditional spinning wheel. Perhaps a most intriguing part of the process is the organic dyeing, where all natural ingredients are used to achieve the beautiful colours. The photos show the ingredients and the colours they produce. You can do a tour of the Handspun Hope facility to see this whole process, just a 30min drive from the lodge.

In weather news, we could not believe it when we watched not one, but two, hailstorms that came down around the lodge. The Volcanoes are known for their unpredictable weather, but this certainly caused a lot of curiosity and was a novelty for many of the residents! 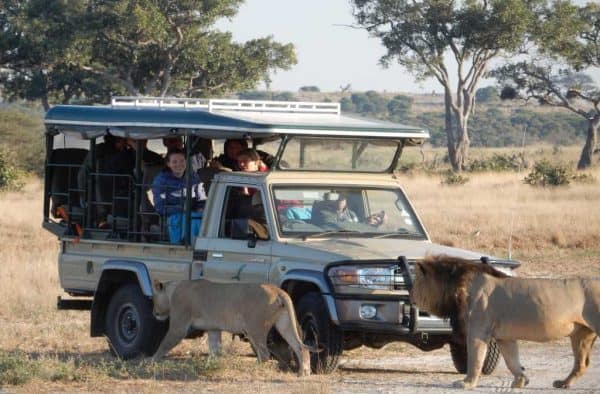