Although prevalent across Subsaharan Africa, a sighting of a serval is not an ever-day occurrence. In fact, guide Sandy has not seen one in 18 years. These long-legged cats possess a host of fantastic features making the excitement of spotting a less common cat along with their fantastically round ears and spotted coat a completely intoxicating experience.

Stalking its prey through long grass, the leptailurus serval uses their hypersensitive hearing to locate their prey. Rodents, birds and insects find themselves victims to the servals 10-foot pounce. From landing on their prey with their front paws to leaping into the air to catch birds in flight, watching a serval hunt is compelling to say the least. Watching a hunt is not only impressive. However, the serval has an incredible success rate, that of 48% higher than other members of the Felidae family.

Sandy and his guests have already had an eventful morning drive. Of course, they have spent time with the big cats that govern our lands, they observed our largest land mammals making their daily commute to The Luangwa River and they also watched a serval pop its head out from the wispy grass before sauntering with complete poise and confidence. Absolutely beside themselves, the game viewers took in the cats beauty and grace. 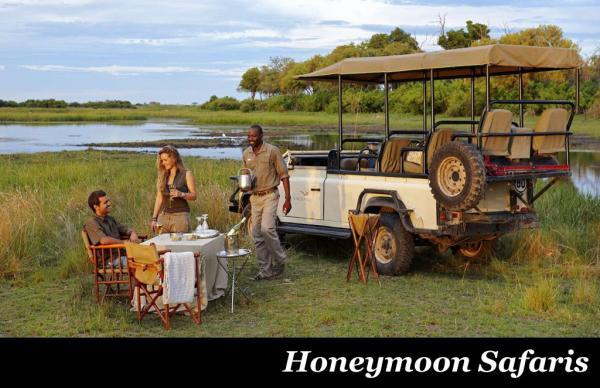