Heading to the location where we had last seen lions, we began scanning the area in search of signs that they might still be around. Fortunately for us, the lions were out in the open – two lionesses and a male were visible in the clearing. We watched as they moved off into the thicket, slowly following in our vehicle. Rounding the corner we spotted an eland carcass that the lions had killed the night before. I looked for the lions but they had moved out of sight. Our group sat listening in silence. We could make out the faint sound of a lioness’ contact call (a faint moan) and began following the sound. Not long after, we spotted a male lion walking into the bush, and then, much to our surprise, a lioness and her four little cubs appeared. I was initially confused. These cubs were a lot younger than the cubs we had seen before – a brand new litter!

The Amohoro Female was first seen by our team with a litter of four in January this year. The female is very skittish and protective of her offspring, so it was a wonderful surprise when she showed herself and her seven-month-old cubs then.

Now she moved off and we continued to look for the new litter we’d spotted earlier. We soon found the female and the tiny six-week-old cubs, giving them space and watching as they settled under a lannea tree. We could just make out by the movement that the female was climbing into the tree and we could see the outline of the cubs through the gaps.

We repositioned our vehicle and waited. Our group starting chatting excitedly amongst ourselves, hoping that the cubs would emerge from the bushes to inspect this strange new vehicle. We needn’t have worried, as the first little rascal soon popped its fluff-ball head out of the bush, followed by its three siblings. From then on they became braver and bolder, walking up and down the open area in front of our vehicle. This “parade” was interrupted when their mother gave a soft contact call which sent all four scurrying back into the thicket to find her. This carried on for some time with the cubs emerging every so often to explore, becoming more adventurous with each appearance until hearing their mom’s call and hot-footing it home!

Three of the cubs eventually became so brave that they completely disappeared out of sight. This immediately made us worry for their safety. In the distance we could see a troop of baboons approaching, unaware of the lions’ presence. Baboons and lions do not see eye-to-eye, and if a large male baboon gets hold of a lion cub, the outcome could be disastrous.

Hoping the little explorers would return soon, we waited and watched as the fourth cub headed in the same direction as the others. A lion cub on its own is always at great risk. Luckily, the cub was distracted and began playing in the dense shade of a buffalo-thorn tree, climbing up and down the horizontal branches. The mother began calling and the little cub quickly rushed back into the thicket. The three other cubs also responded to her calls and made their way back to the den.

Hein, my fellow guide at Magashi, joined in the sighting and together we experienced something that few guides have seen or most likely will ever see… The female picked up one of the cubs in her mouth and walked right out into the open with it, the cub dangling helplessly in the strong, yet gentle grip of the fully-grown lioness. She passed our vehicle, walking away from us, with her three remaining cubs in tow. As they disappeared out of sight, we left the area to enjoy a well-deserved coffee break and a chance to reflect on this very special and privileged moment. 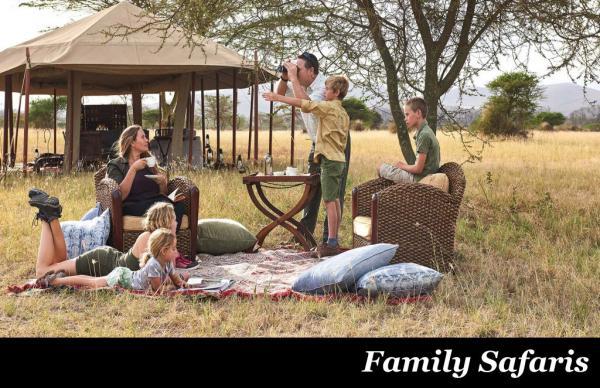