We are sure you all remember the few weeks where the M-Ks were splitting their time between each side of the Luangwa River. The pride was divided putting pressure on their hunting and territory. Following the pride make multiple crossings for some weeks, we often worried about lone lions struggling for survival without the rest of their pride.

It’s late afternoon, the golden light is mirroring off the placid water of the Luangwa River. On the other side of the wide bank are roughly 10 M-K’s and the girls are quite the sight. They are alert, yet relaxed, their ears all point in the same direction as they watch a couple of their pride members consider the crossing. The two females assess the water’s edge, it is obvious they are wary as they wade deeper before retracting to back to the safety of the bank. Eventually, one of the females takes the plunge, she commits to the crossing. The river is filled with life in this particular spot, a hippo guards it’s territory, and true to their form, many a crocodile appears from nowhere, always ready for an opportunity. As the M-K wades ever deeper, she encounters her first obstacle. The hippo launches itself out of the water in attack. She dips and dives away from the herbivore to accelerates her trip across the short expanse of water. Although her journey thus far is somewhat hair-raising, her pride mate follows.

The water gets deeper and the first M-K is moving at full throttle. She needs to move quickly because crocodiles begin to surround her. However, things are worse for the second M-K’s, a crocodile is in the perfect position to intercept her path. The crocodile tail faces the lion, suddenly we notice its head come out of the water and launch itself at the M-K is the deepest part of the river, the place where the lion is most vulnerable. She has to move quickly to safety and as she leaps and bounds towards our side of the Luangwa River, calm begins to restore itself. The two ladies have done exceptionally well and are greeted by other pride members after a long week of being apart. 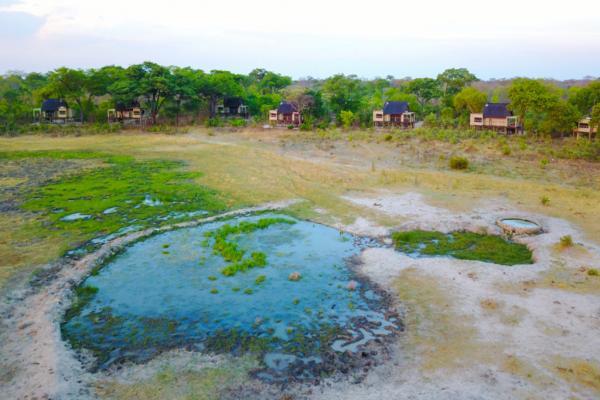