The Dynamics of Dry Cycles

The Dynamics of Dry Cycles

At Wilderness Safaris, we are privileged to operate camps in wild, dynamic ecosystems. The beauty of this is that these environments offer varying experiences based on natural, annual cycles and seasons. Dry periods and drought are a natural phenomenon that occur, not only in our wilderness in southern Africa, but throughout the world. They stabilise ecosystems and naturally control wildlife population numbers. In southern Africa, the last major dry spell experienced was in the early 1990s, with others recorded back to the early 1900s.

Just like wet cycles – with more rain and water around – are an advantage for some wildlife species, dry periods herald abundance for others. In fact it’s good news for our IUCN red-listed species such as wild dog, lion and vultures. There is a time and place for all things.

This year, the low rainfall received in the Angolan Highlands (the catchment area of the Delta) and in Botswana itself has resulted in a lower-than-average inundation coming into the Okavango Delta. The upside though, is that it makes for a completely different Delta experience. While many people visit the Okavango for the water experience, current guests have front-row seats to an extraordinary natural phenomenon.

In terms of the wildlife dynamic and density interplay, predators thrive in times like these, so you can expect to see more lion, leopard, cheetah wild dog and hyaena… even the likes of aardwolf and honey badger (usually very shy creatures) are making an appearance and taking advantage of their weaker prey. And in the Jao area, for example, far larger numbers of blue wildebeest, Burchell’s zebra, kudu, warthog, elephant, Cape buffalo, giraffe and impala, with unusual species such as roan antelope have even been recorded. Birds of prey are also enjoying the bounty, often congregating in large numbers around carcasses as they tussle over the remains.

Wildlife will also congregate in their hundreds, possibly even in their thousands, around any water remaining. This is particularly evident in our concessions in Hwange, where ‘drama, dust and density’ describes our ‘typical’ dry season, where large numbers of animals jostle for position at one water point. Enter lion and chaos ensues….

On Zambia’s Busanga Plains, the same density is evident around the water resources. And the likes of elephant, not often seen in the area, will cross massive tracts of land into the slightly wetter areas of the plain in order to drink their fill. In the Namib, we continually witness the success of desert-adapted wildlife. Against all odds and with highly specialised adaptions, they survive – and have learned to thrive – in one of the harshest deserts in the world.

Cycles are just that – cycles, with movement and change being nature’s constant. We respect it and learn from it. In the meantime, we marvel at the change, watch in awe as the survivors adapt, shift their migration patterns and fight for life.

Rare sightings, such as sable, are more likely in dry periods – Hwange

And the below video, a teaser of a recent encounter at Chikwenya Camp between wild dog, hyaena and an opportunistic African fish eagle. 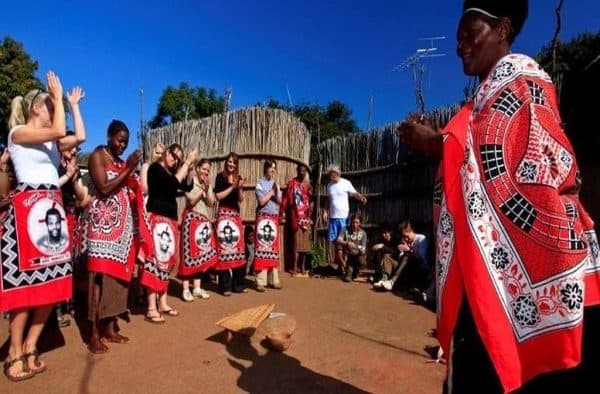