The Kiss of Death

The Kiss of Death

They are fast, large, agile snakes, highly venomous and very aggressive when threatened. This is not a snake you want to upset! They are the largest venomous snake in Africa and are blamed for numerous deaths. Any guesses what this snake might be?

Another hint…They are actually dark olive to greyish brown in colour. They get the name from the blue-black of the inside of their mouths which they display when threatened. If you guessed black mamba, you are correct.

You must be wondering why I chose to elaborate more about a snake. Well, it’s actually very simple. This was a very special sighting for me and my River Lodge guests, as I had never seen one in the wild before. This beautiful snake was very relaxed and was laying in the road reaching a length of just less than 2m. This is still a small specimen, as the black mamba can reach lengths of up to 4m. That is a very big snake, when you compare it to the average human height of about 1.6m.

We viewed this snake for a good few minutes. You could see how the tongue slowly came out of the mouth, picking up pheromones. This could have been a male that was seeing if there were any females in the area. The males will engage in combat, twisting their bodies and necks around each other, trying to push the competitor to the ground. After mating the female will lay clutches of eggs of 6 -17 eggs. After some photos were taken the snake decided it was time to say his goodbyes and headed off into the bush.

They are mainly terrestrial, but can often move off into the bushes and shrubs. This is exactly what this individual snake did. They often come to open areas like roads to bask in the sun, as reptiles need sunlight to become active.

They are active foragers and will feed on any suitably sized mammals like squirrels, rodents and other small mammals. You can also find these snakes in a wide variety of habitats like forest, bushveld, savanna, and selected rocky areas that offer suitable retreat sites.

The black mamba is shy and will almost always seek to escape when confronted. When they are however concerned they will raise their heads, sometimes with two thirds of their bodies off the ground, spread their cobra-like neck-flap, and open their mouth to show you the blackness, then proceed to hiss. If the attacker persists, the mamba will strike, not once, but repeatedly, injecting potent neurotoxic venom.

The symptoms of the bite rapidly increase, beginning with excessive sweating proceeding to paralysis and respiratory failure, sometimes within an hour. Urgent hospitalization is essential. There is a polyvalent antivenom available, but the symptoms must be correctly identified before treatment can start. Unfortunately, the antivenom is not available in the rural parts of Africa, and this is usually where most of the bites occur.

Even though they are very deadly, they still have a very special place in nature and in my heart. 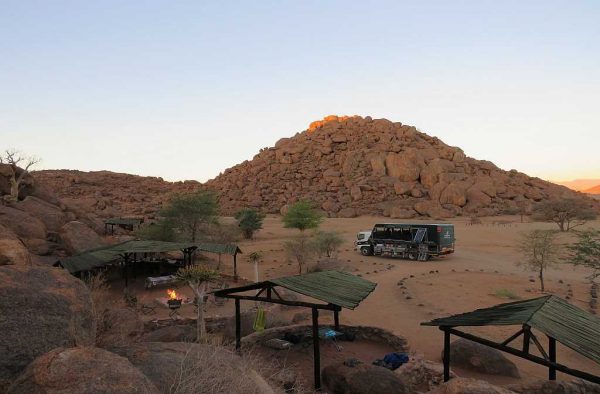