The Little Jackal that Could

The Little Jackal that Could
As a ranger, one of the things that I love about the bushveld is that that you never know what nature has in store for you on any given day. It might be a lilac breasted roller that you spot with its beautiful rainbow of colours brightening up a tree it’s resting on. Maybe it is a herd of Buffalo grazing together, slowing making their way to a watering hole on the Reserve. Or perhaps it’s something closer to the ground like a hardworking dung beetle, pushing its ball tirelessly to where it needs to be. No matter how many years I have been a ranger, you never know what surprise lies waiting for you, or what lesson you are about to learn from nature!

I left Kapama River Lodge with my tracker Colin and excited guests for our early morning drive, eager to be intrigued once again by the sights and sounds of our wonderful country. It was a cloudy morning which I was grateful for as the shade of the clouds offered some relief from the bright early morning sun. Even though its spring, heading into summer, the first rays of the morning can still be quite warm.

After our coffee break, a great way to appreciate and acknowledge the sounds of the bush, we came across a very intriguing scene. It appeared that a Giraffe had died of natural causes. At first, my guests got excited thinking that there would be a predator, like a Lion or a Leopard, feasting on the carcass. However, all that we saw was a lonely Black-backed Jackal.

The Black-backed Jackal is an opportunistic scavenger and predator. It will take food that is both abundant and easy to acquire, but it can also hunt for its own prey. On this particular day, I think the Jackal thought Christmas had come early, with the huge carcass of this Giraffe lying there for the taking, just for him. Or so he thought…!

We watched for a moment as the Jackal started to devour the rump of the Giraffe. Then without warning, a few moments later one vulture after the next began descending around the very same carcass, also wanting their fair share of the prize. One after the other they started advancing on the carcass. Perched on the highest part of the feast the now seemingly tiny Jackal, had his hands full. He tried to defend his kill and snapped and bit and yelped as the vultures advanced on him. With each snap of the Jackal’s jaw, the vultures would back off for just a second, giving the Jackal just enough time for another mouth full.

The wake of vultures, now quite substantial, were not prepared to give up that easily on such a perfect meal. One after the other, they started to move in closer on the Jackal. At one point, one of the vultures swooped down, aiming directly for the jackal and pecked it just as the jackal sunk its teeth into the vulture, grabbing a bunch of feather with it.

He may have been defeated but he still managed to walk away with a full belly and a few battle scars to remind of his great fight.

What a fantastic, incredible display nature put on show for us and we all just felt privileged to have been witness to this wonderful scene. 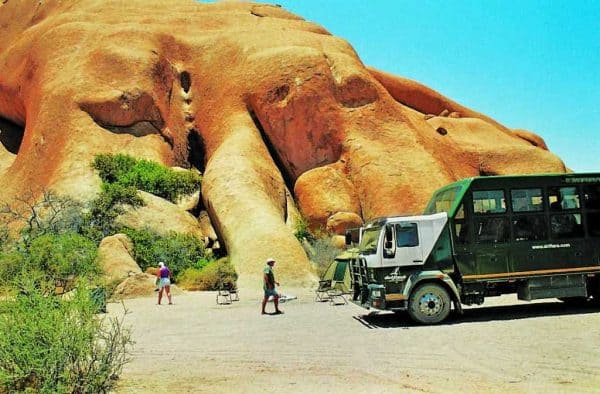