Gorillas are some of the most charismatic and intelligent animals on the planet, so it’s no wonder that they have been the subjects of many animal behaviour studies and documentaries. It seems that we’re drawn to these magnificent creatures, which is unsurprising given that we share 98.3% of our genetic code with gorillas. This could also be why they display some human-like behaviours within the family groups in which they live.

What are the different types of gorillas?

Where to find them

Eastern gorillas live in the Democratic Republic of the Congo (DRC), Uganda and Rwanda. Whereas western gorillas can be found in Nigeria, Cameroon, Central African Republic, Equatorial Guinea, Gabon, Republic of Congo, Angola and DRC.

If it’s mountain gorillas (the subspecies of Eastern gorillas) you’d most like to see, venture up to Africa’s high altitude montane forests. Visit the Virunga Mountains in Volcanoes National Park (on the borders of the Democratic Republic of Congo, Rwanda and Uganda) or Bwindi Impenetrable National Park in Uganda.

Tip: Trekking in rainforest can be easier during the dry seasons (December-February and June-September). However, the air is crystal clear during the wet seasons, giving you a better view of the stunning volcanoes. Plus, the gorillas tend to stay lower down the slopes of the mountain so, you may not need to trek as far.

Tip: The dry seasons (January-February and June-September) are popular due to more favourable trekking conditions but choosing to visit during the wet seasons comes with the advantage of less competition for gorilla permits which are issued daily.

Get the most from your encounter

Our top tip is to trek with an experienced guide who knows the terrain and is knowledgeable in gorilla behaviour. As well as maximising their safety and any human impact on them, this increases your chances of some good sightings and allows you to gain as much as possible from the experience. Your guide is likely to have access to insider knowledge of where the group were last seen and to predict where they might be now. They’ll also provide insights into the behaviours you’re seeing and the personalities of each individual.

Gorillas live in remote and beautiful places, therefore it’s really important – for your own safety and that of the troop living there – that you visit with trained guides. We pay wild animals the utmost respect at all times to preserve their natural behaviours as well as the precious habitats in which they live. Due how similar our genetic code is, it’s possible for gorillas to contract the same diseases as us. In ethical gorilla trekking tours, precautions are taken to ensure that this is avoided.

As protected areas, national parks are regulated by dedicated patrol teams and their visits are controlled with permits. This is to support conservation efforts and to ensure the parks and all their inhabitants are safe from threats like poachers. The number of permits issued daily is usually restricted and part of the funds these raise is spent on active conservation work to preserve the species. The national parks listed above support gorilla trekking in the safest and most protective way. 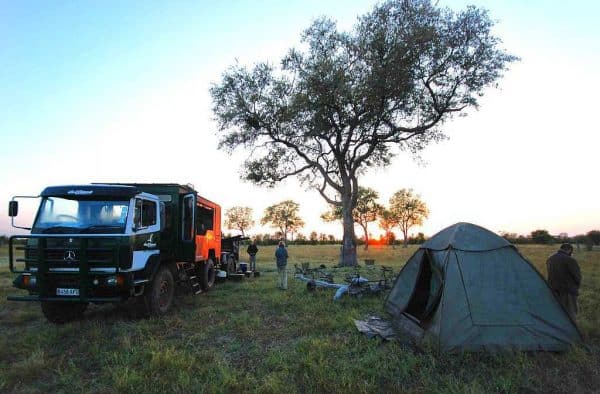