This Is My Tree

This Is My Tree

On a morning game drive a few days ago, we were lucky enough to find a young male Leopard that was lying in a beautiful large Knobthorn tree. My Buffalo Camp guests were ecstatic as Leopard, being one of the Big Five and very elusive, was high up on their bucket list. It was Rulani, a young male of about 15 months old. He is the son of Imbali and is normally found roaming about with his sister Ntombi. However, on this particularly beautiful morning, he was all by himself. ‘Rulani’ is a Shangaan word that means ‘relaxed.’ He was given this name, as from a very young age, he has been incredibly comfortable and at ease with our game vehicles.

From what we could see, he was extremely intrigued by a few Southern Yellow-billed Hornbills that were sitting in the same tree as him, enjoying the warm sun. Birds will often sun themselves to help locate and dislodge parasites in between their feathers.

There was no reason for the leopard to be alarmed by these birds but after about 5 minutes of lying down and watching them, he suddenly jumped up and went for the hornbills! It seemed as if he was not trying to catch them but rather trying to get them out of the tree.

Time and again, he would get up from his comfortable lying position, crouch down on the branch and then suddenly dart towards the birds and chase them off. It was incredible to witness this agile cat jumping from branch to branch and scaring these beautiful birds. However, it seemed that the birds thought it was some sort of game. Each time they were chased away, they would return to their perching spots and start calling as if to tell the Leopard that they were back for another round.

The Yellow-Billed Hornbill has a very distinctive call and once one bird starts, the whole group will join in, creating a cacophony of sound. This was clearly highly irritating for the Leopard whose lazy morning was being disturbed. Some birds will often give out alarm calls when they see a predator like a Leopard. This is an issue for the Leopard as it gives away their position and any possibility of hunting.

After almost 20 minutes of chasing birds, the leopard eventually gave up and went to lie back down, defeated. Shortly after the Leopard had settled down, the Yellow-Billed Hornbills took off, signalling the game was over and they had won. 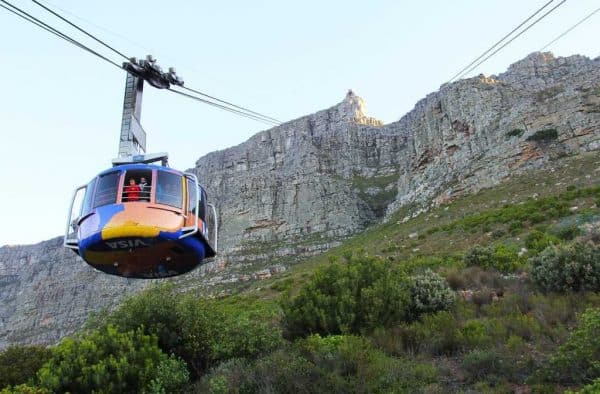