It was the last morning drive for my Kapama Buffalo Camp guests before they departed the greater Kruger area, to continue with their next South African adventure. They wanted to see the Lions one last time so we set off to see if we can go track them down.

While we are driving we passed a few of the common plains game like Zebras and Giraffes, but stuck to our original game plan to track down the Lions. With the sun just starting to peek above the trees and the birds all starting to call, it seemed as if it was going to be another beautiful morning.

While on our path tracking the last wish list of my guests, my assistant guide, Ishmael suddenly pointed out to our left. As we looked over in the direction he motioned there was a pride of Lions laying around and it seemed as if they were feeding on something. I could not make out what they had killed as there was not much of the animal left. Then out of nowhere, we heard a tremendous growl to the right of us.

As we turned around two massive female Lions were fighting over something. Both of them began pulling, like a tug of war, not wanting the other to have the grand prize. It looked like a Warthog.

The one female Lion had the head and the other female was pulling on the leg. Warthog is a reasonably big animal but not big enough to feed a big pride of Lions. They would still be hungry and that’s the reason these two females were fighting over what was left, not wanting to share with the other. The size of a Warthog that they killed, probably took the Lions less than 10 minutes to finished. We just missed the hunt itself, unfortunately. When out on safari, it’s all about the right timing, the right moment and the right place.

After a couple of minutes, they were still at it not giving up. You could see that both were getting tired and out of breath. It seemed the winner was going to be whoever had the most will power, strength and stamina.

Then in a desperate attempt, the one female made an abrasive move and started to pull with all her might, getting a slight upper hand. She immediately took the head to the ground and positioned herself between the Warthog head and the other female Lion. While the other Lion was still holding on to the leg, the other Lion started to eat on the head itself.

What an exciting morning we had. We set off looking for Lions and instead of just finding Lions we were able to come across a pride on a kill we just missed by minutes. But to experience a tug of war between two such incredible beasts was breath-taking. 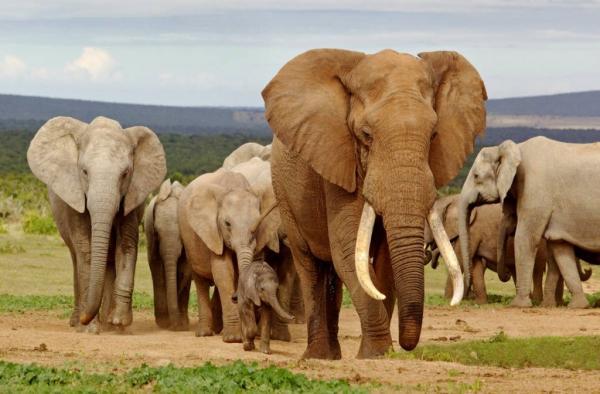