We eagerly left Buffalo Camp for our sunrise safari. The morning game drive started off just the way I like it, with us admiring the sunrise lighting up the Drakensburg mountains. Our vantage point to take in this breath-taking view was at a dam nearby the Camp. It was all perfectly timed because as we were ready to get going again we heard impalas, alarm calling, not too far away.

We moved into the area we thought the Impalas were making their distinctive alarm, in the hopes of catching a glimpse at what they themselves had caught sight of. They only alarm if they have seen a predator, so to see which direction they are looking will help us know which way to move forward on our drive. We didn’t see the Impala though. I became a bit worried that we had lost this opportunity. Nevertheless, I kept driving.

Suddenly like a gunshot next to us, a large female Kudu barked, which is their alarm call. I knew we had to be close now. I decided to continue on around the drainage line as it sounded as if this predator was on the move. As we reached the crest my tracker, Foster, spotted her!

My favourite Leopard on Kapama!

She is still young, probably in her 3rd year now, and still very active, constantly moving around smelling and looking for hunting opportunities. This morning in particular she was heading from large tree to tree, sniffing at the base and sometimes leaving her own scent behind. It could be that she had come into oestrus and was looking for a male with which to copulate. Leopards are solitary creatures and so need to actively seek out one another. The best way to do this is by leaving a scent behind and calling or sawing as its known for Leopards.

There was one particular Marula tree next to the road that she found particularly interesting and sniffed all around it for at least 10 minutes. This was perfect for myself and my guests to witness the interesting behaviour of Leopards and take some interesting photos at the same time.

After each sniff she would flehmen grimace, which is when mammals pick up scent particles and pass them over the vomeronasal organ usually in the top of the mouth. This outwardly looks like they are trying to smile at you, curling their top lip up and throwing the head back.

This organ works in a similar way to the Jacobson organ in reptiles like snakes who pick up scent particles with their tongue to “smell” their environment. In mammals it is used to pick up reproductive status of the animals, and passes to the brain rather than the scent receptors in the nasal cavity.

She gave us a beautiful show finally walking right up to the vehicle before continuing on her sensory journey. 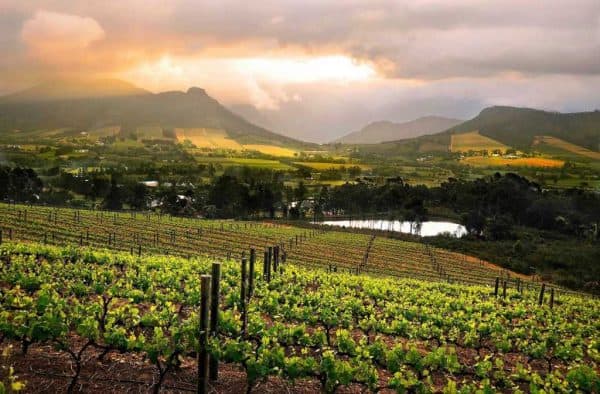