A life-changing journey for the Mpindo wild dog pack entered its final stage as the dogs were successfully transported from the Painted Dog Conservation (PDC) Centre in Hwange to their new home, Chikwenya Camp, at Mana Pools, on the 23rd September.

The journey hadn’t started there, however. Over the course of the last year, the pack had been captured not once, but twice in a community on the eastern boundary of Hwange National Park, where reports had come in that they were causing havoc with the local livestock. PDC was called in and asked to remove the dogs from the area and release them in another part of Hwange. The dogs were moved, but made a bee-line straight back to the Mpindo community. In consultation with Zimbabwe Parks and Wildlife Management Authority (Zimparks), it was decided that they should be relocated to another national park: Mana Pools was the obvious choice.

Since their most recent capture in December 2018, the alpha female, Snowtail, and male Jonathan, have added a litter of puppies to their pack, meaning that nine dogs were to be moved to Chikwenya – three adults and six pups. Work began the day before the relocation, when a series of nets was placed in an enclosure for the team to catch the dogs the following day. The plan was to shepherd the dogs into the nets, sedate the adults, take samples from each animal, and place collars on the alpha male and female.

At first light, and after a short briefing, the capture team began their work, and within half an hour, all nine dogs were caught. A team of vets was waiting to administer the sedatives and take a blood sample from each animal. The PDC team, led by Peter Blinston, secured the collars, and before long, all the dogs were placed in ventilated crates lined with hay, ready for their Wilderness Air flight from Hwange to Chikwenya. A reversal drug was given to the sedated adults as they were loaded, meaning they would be awake for the trip. After carefully loading the crates into vehicles, it was a short drive to the airport where the Wilderness Air Cessna Caravan was ready and waiting, and by 8.30 am the dogs were en route to their new home. The whole process had been seamless, and all the dogs were fit and healthy.

Ninety minutes later the plane descended through thick haze to the sight of the Zambezi River, landing shortly after at Chikwenya. Wilderness Safaris’ guests and staff were at the airstrip to meet the dogs, and before long the animals were making the journey to their boma at Chikwenya, their home until April 2020. In the shaded boma, surrounded by guests and staff, the crates were opened for the dogs to emerge. Full of energy they bounded out and immediately began to familiarise themselves with their new surroundings. Just five hours after leaving their boma in Hwange they were settled, relaxed and feeding in Chikwenya. Later, after dark, six resident dogs came to investigate the new arrivals. Over the next few days, they would come and see them often throughout the day, their body language softening and their calls displaying affection.

The journey for the Mpindo pack is not yet over, though their risk to the communities that surround our nature reserves, and therefore the risk to themselves, has been removed. Through the rainy season they will remain in the Chikwenya boma – the longer they are there the more familiar they will get with the area, and the greater their chance of successfully establishing themselves here. With no communities close to Chikwenya, it is hoped that their chapter of preying on livestock is finally over.

For the people of Mpindo, the dogs’ journey to Chikwenya is a welcome relief for their livestock and their livelihoods, and a reminder of how important our community engagements are in resolving human-wildlife conflicts.

For guests coming to Chikwenya in the next month, they will be fortunate to see the dogs in the boma right in camp, and learn more about the plight of wild dogs from the researchers based there. Perhaps too, when the new season opens at Chikwenya in 2020, a thriving resident pack of wild dogs will be dominating the floodplain in front of camp, demonstrating just how our journeys change lives. 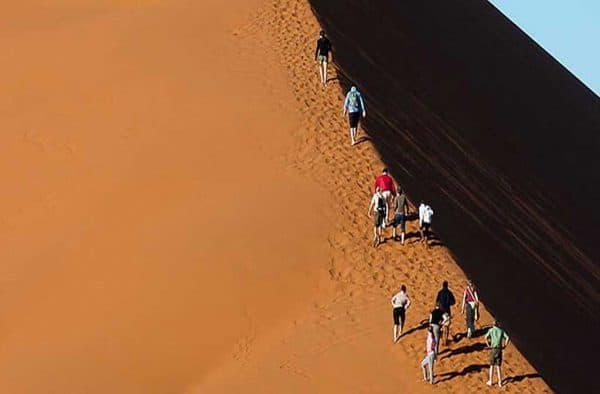