Rocktail Camp is set back in and shaded by the sanctuary of the lush Maputaland Coastal Forest covering the ancient dunes that make up the edge of South Africa’s KwaZulu-Natal coast. With the Maputaland Marine Reserve just offshore and the beach a brisk 20-minute walk from the camp, there are world-class diving and snorkelling, remote, unspoilt beaches and other beach adventures to be had. 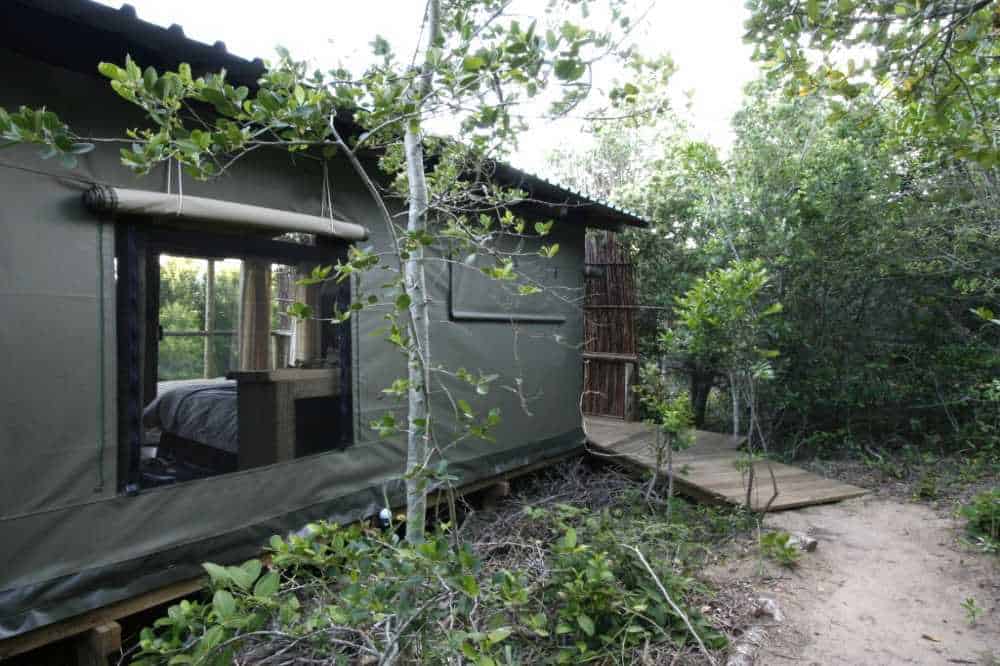 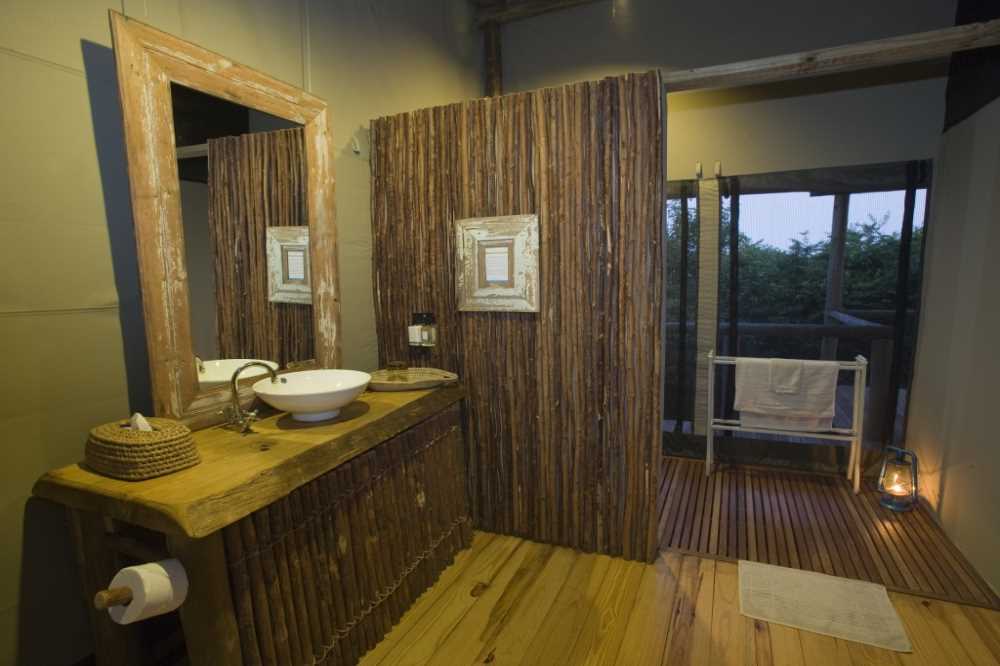 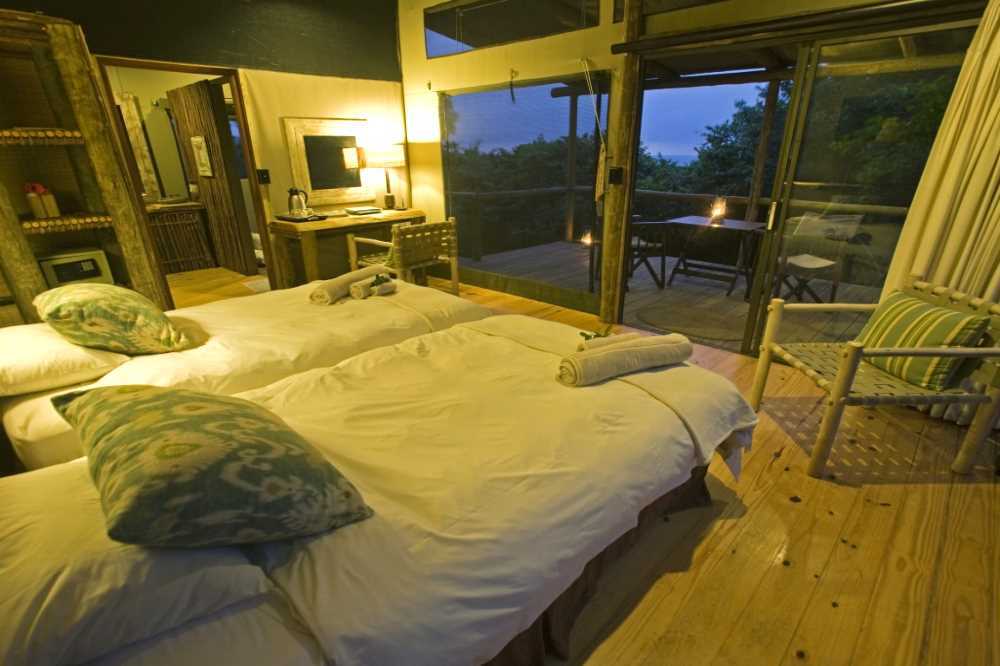 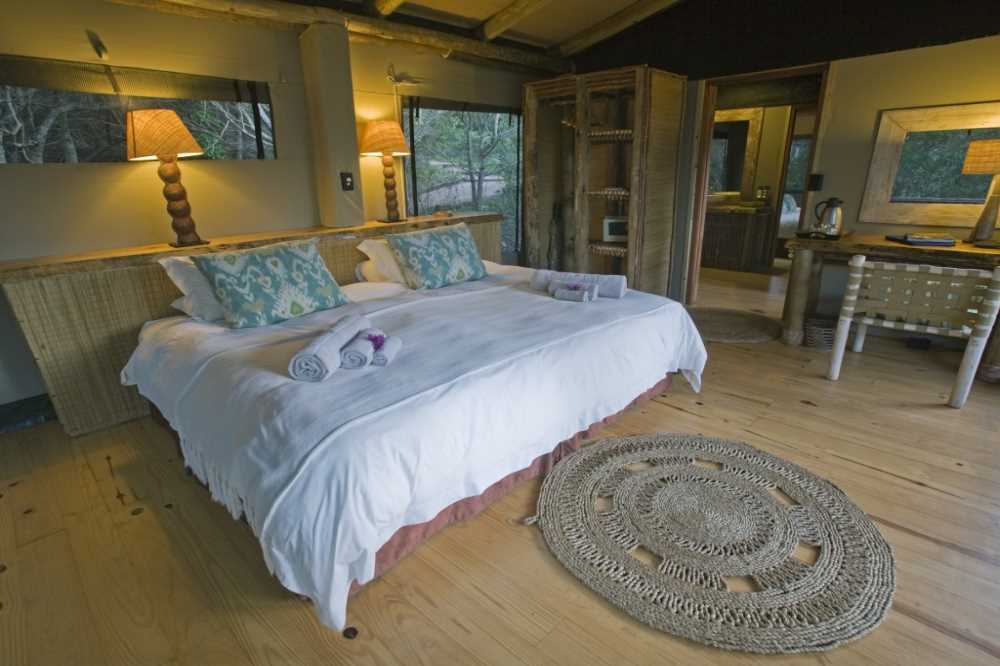 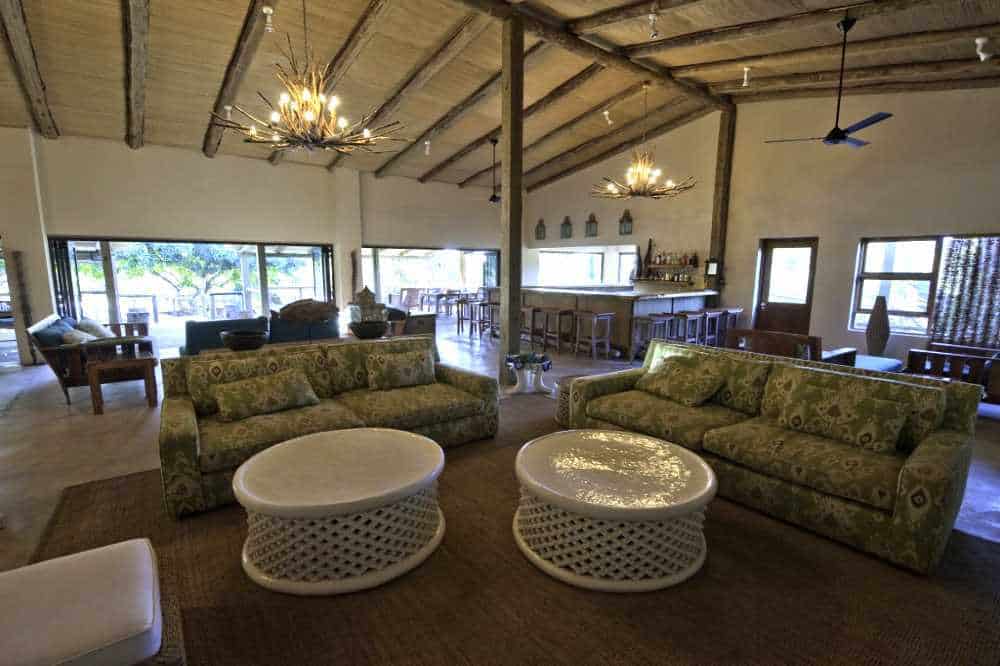 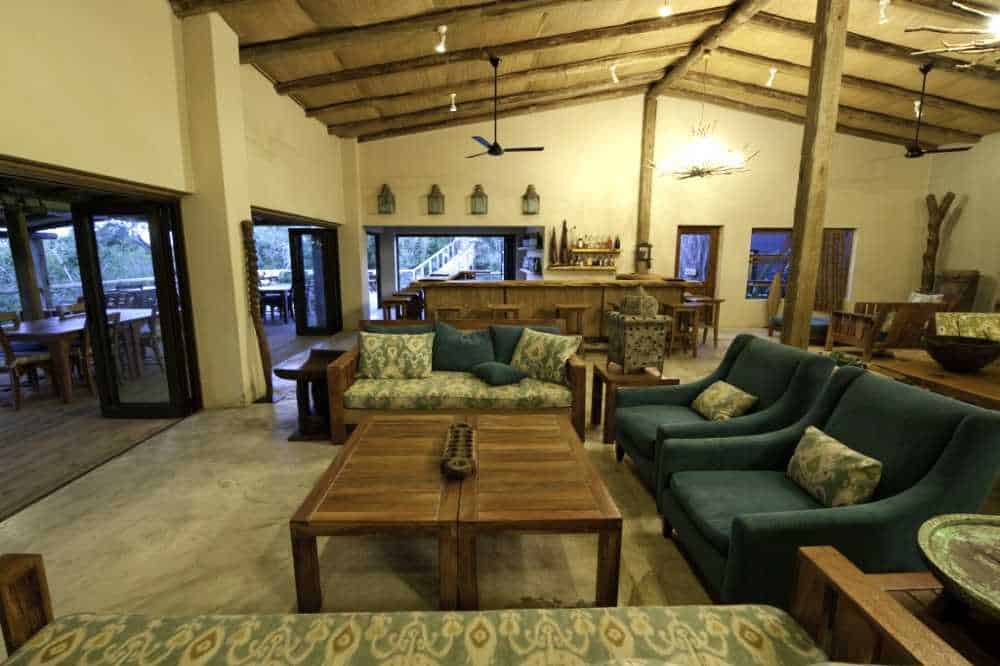 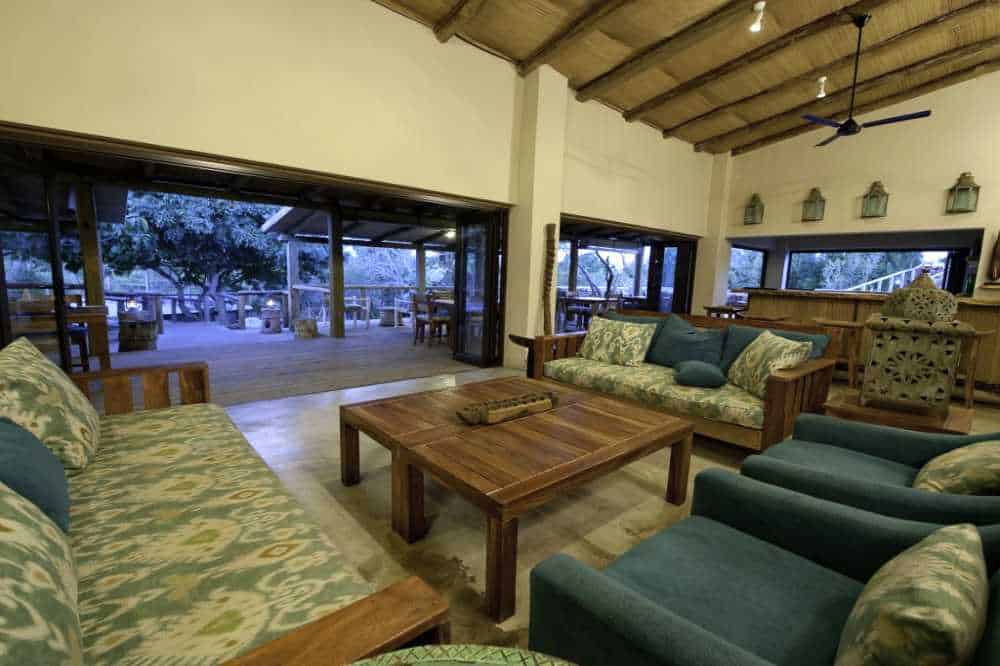 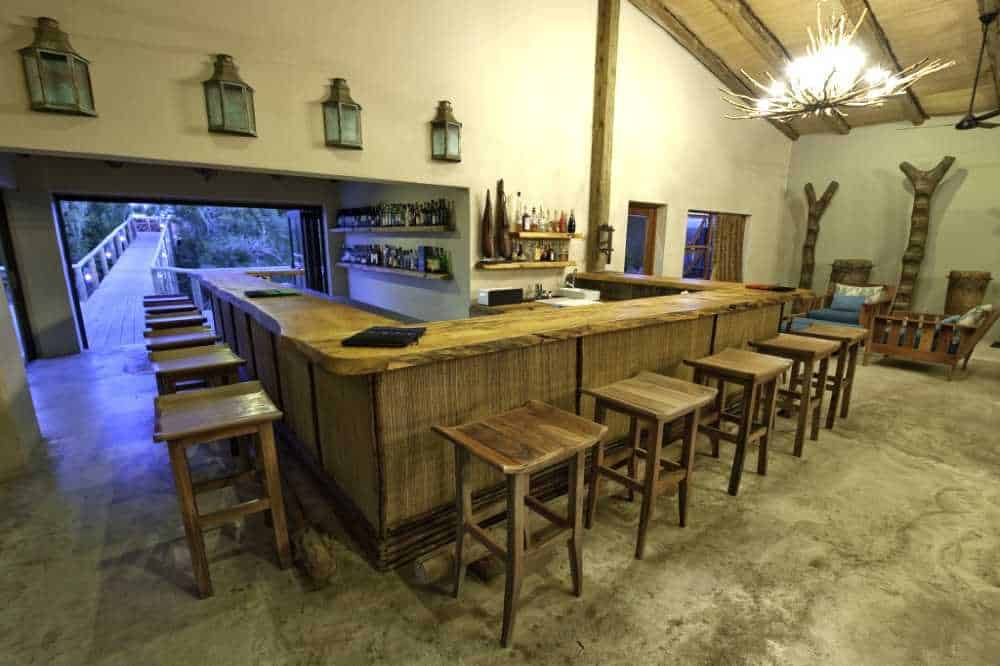 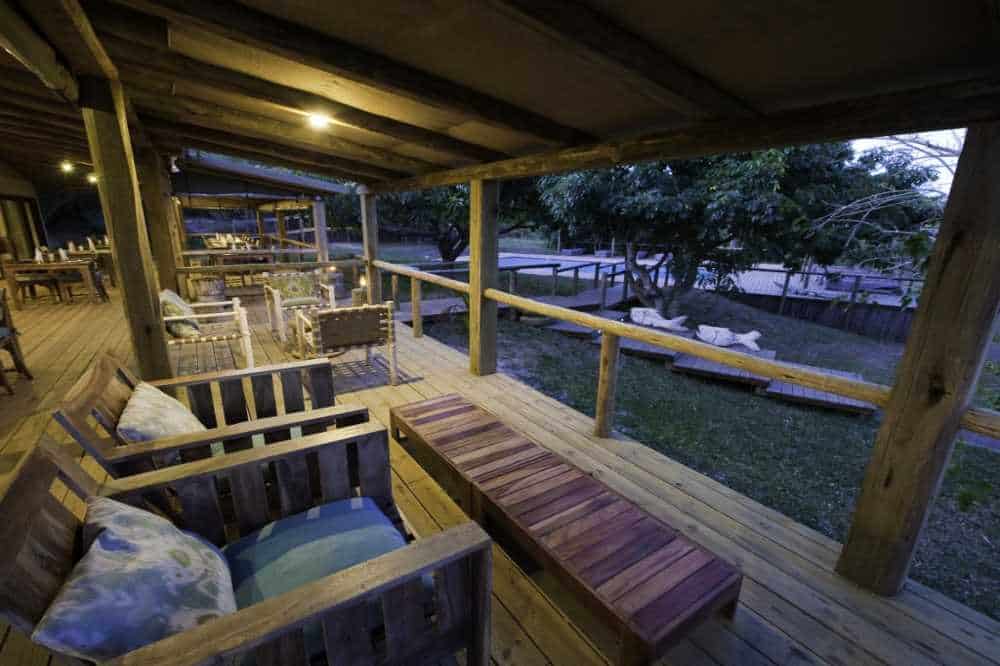 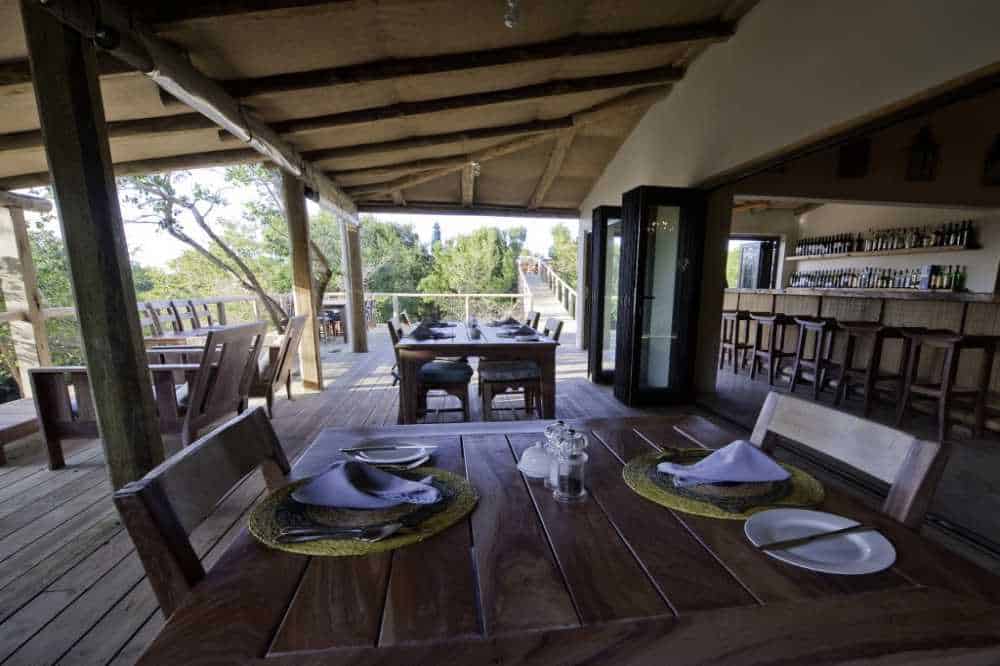 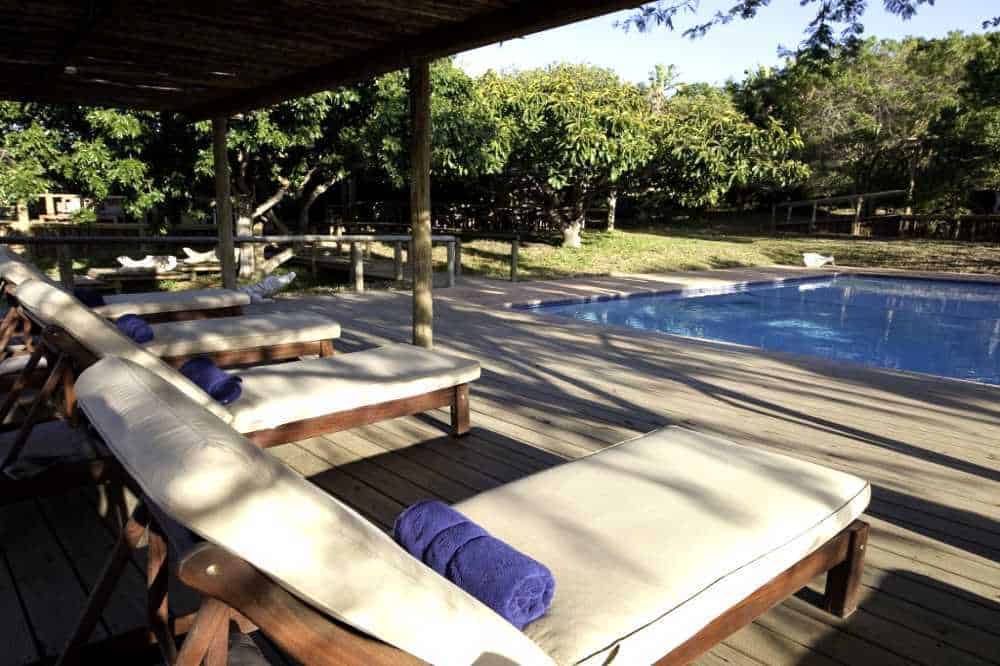 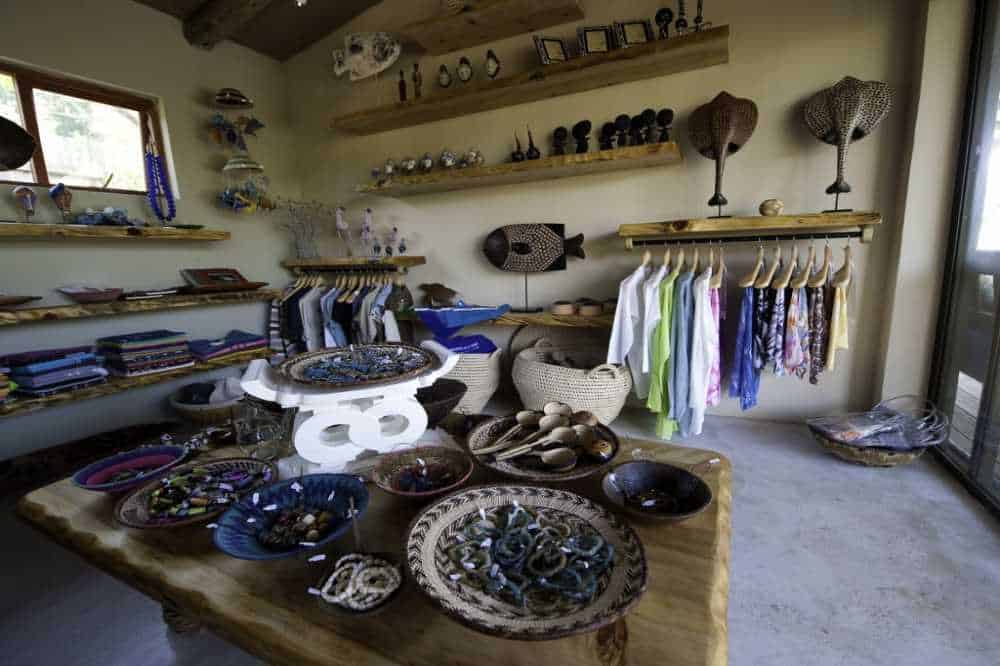 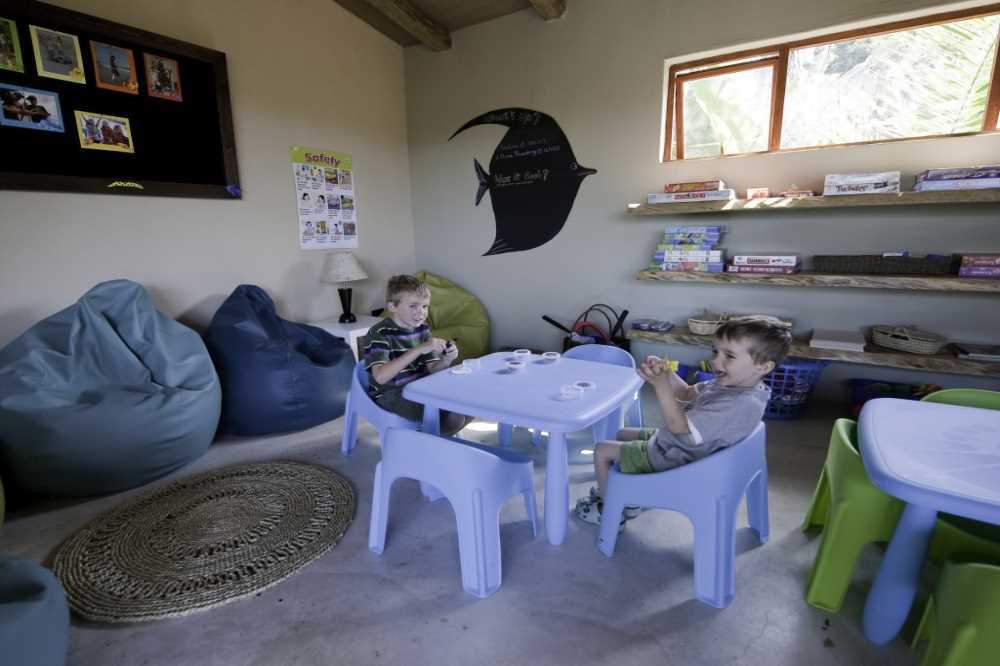 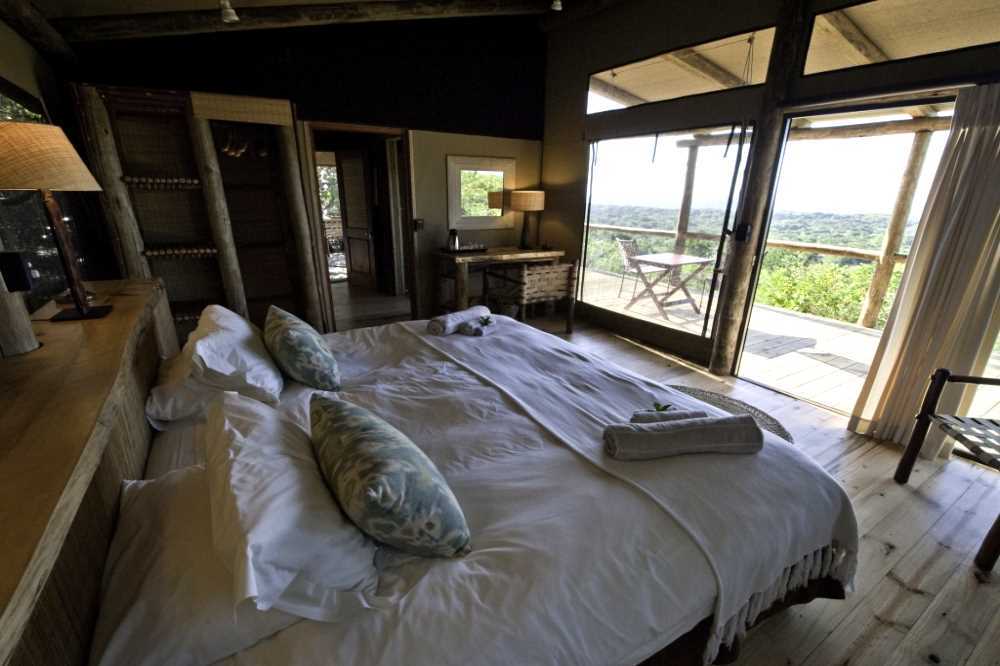 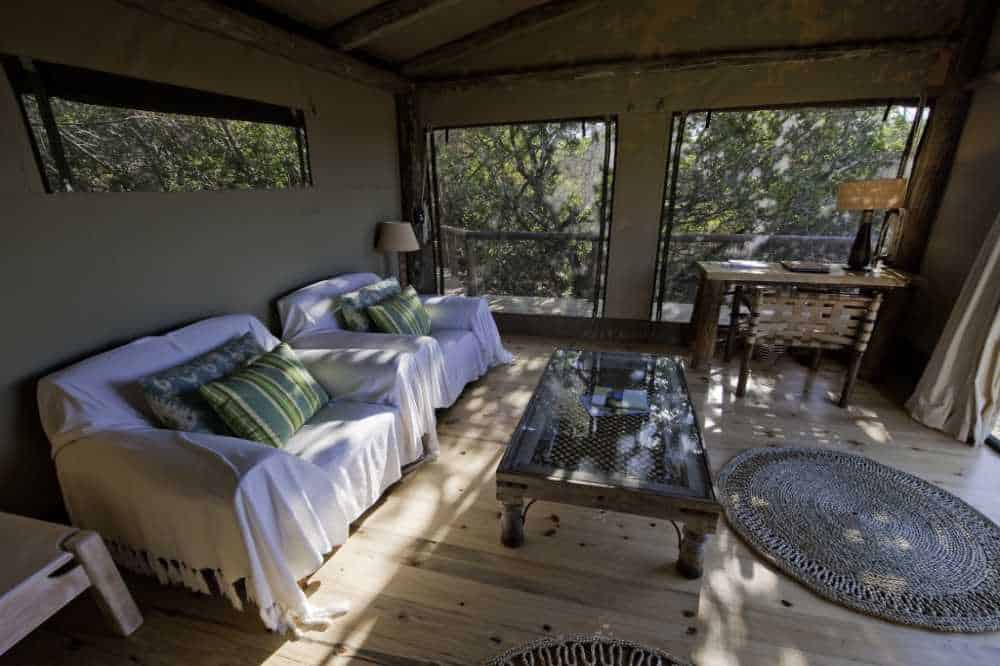 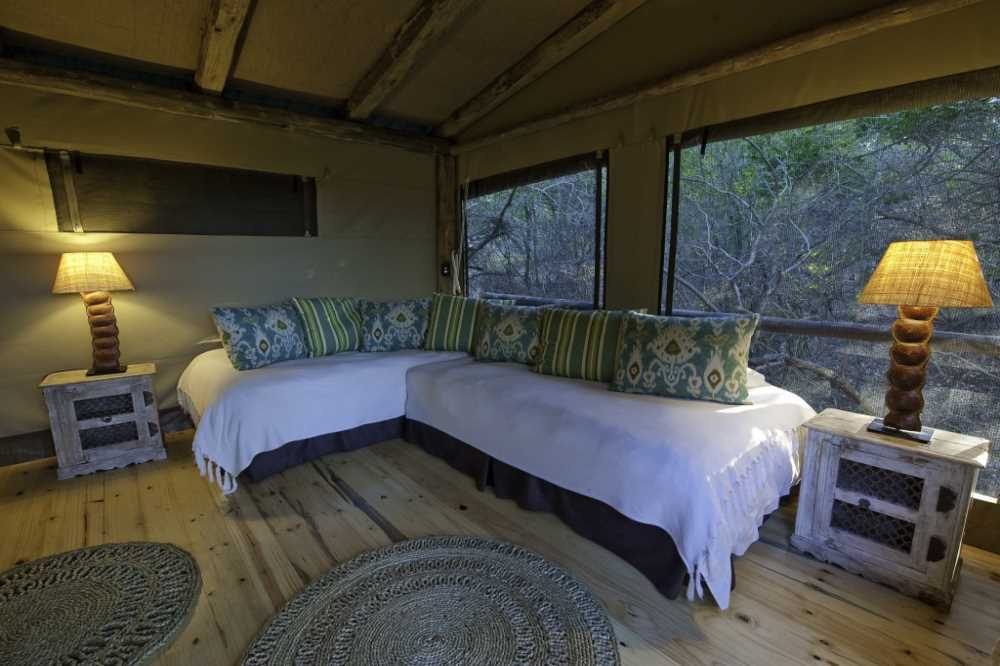 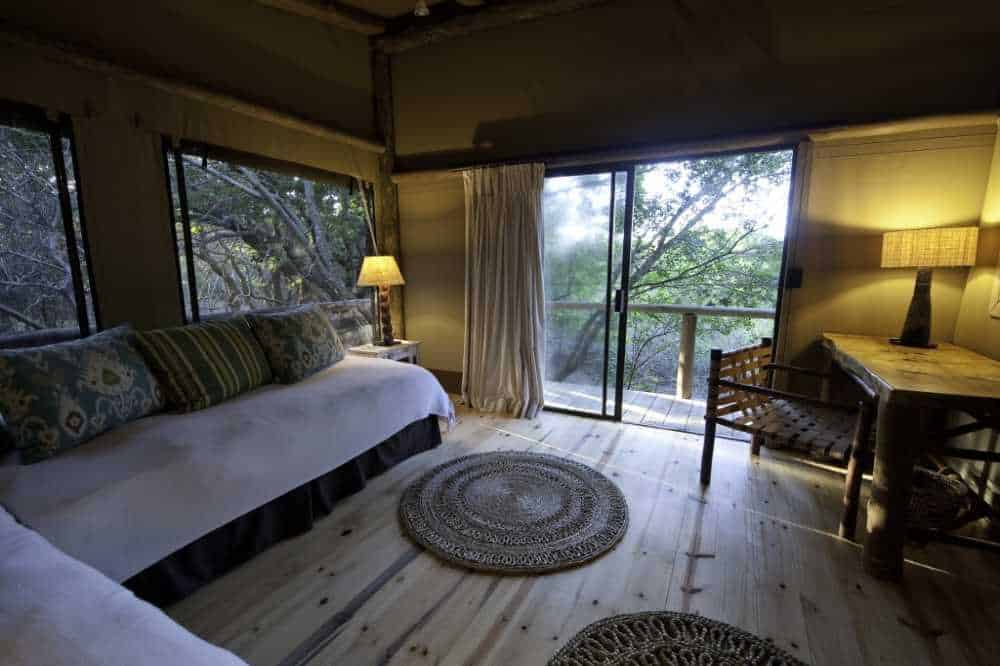 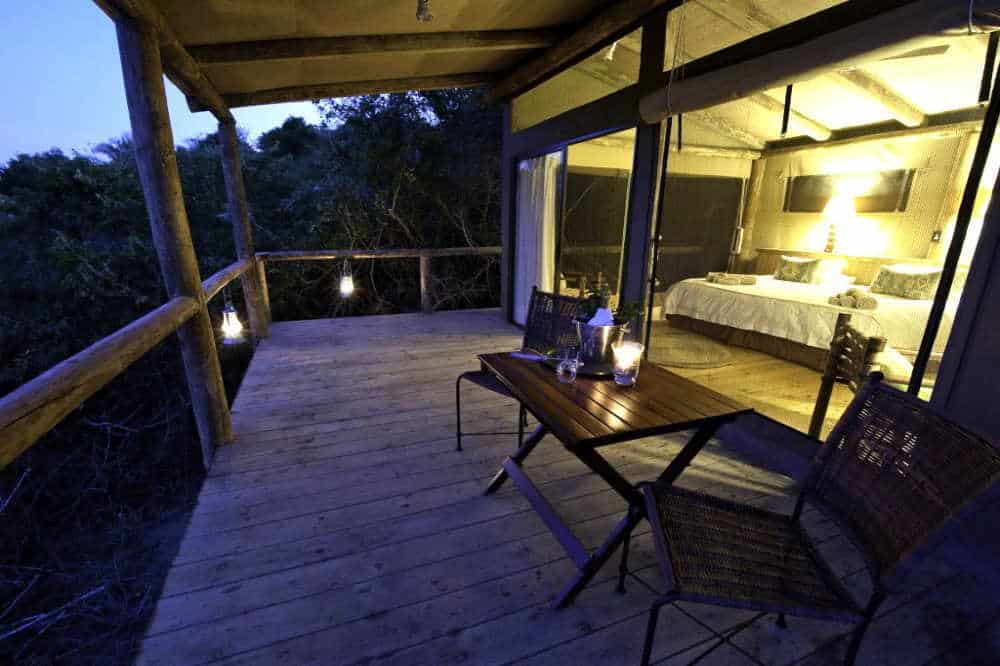 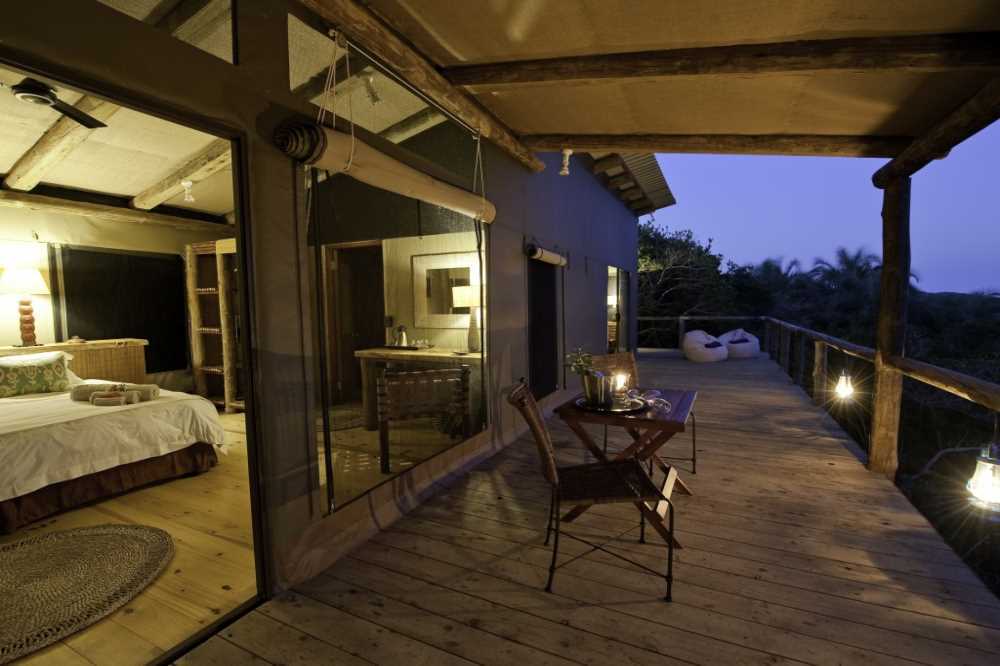 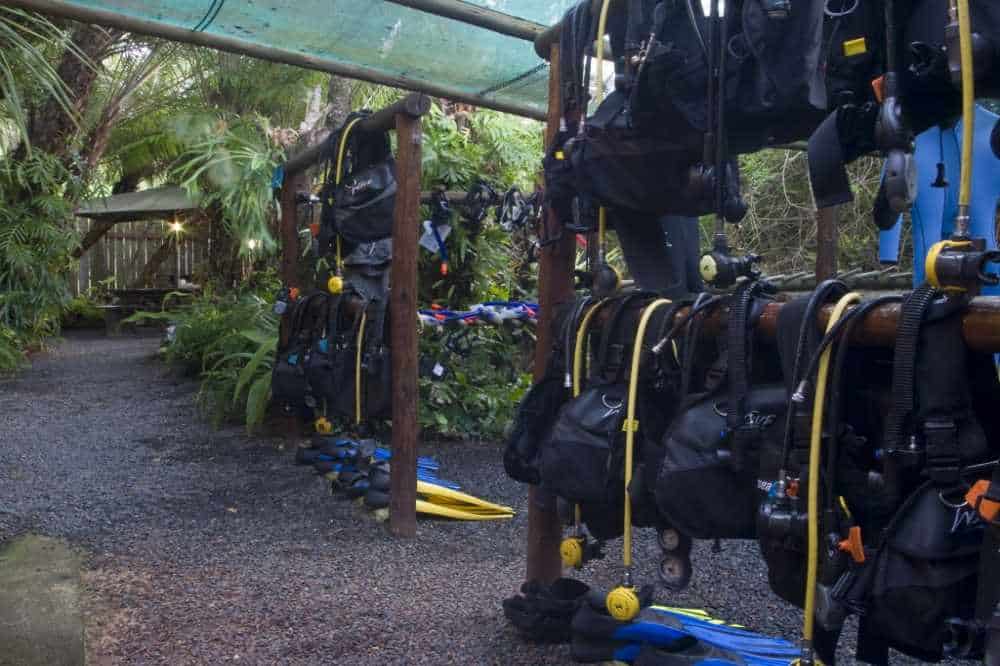 Rocktail Camp consists of 17 rooms (9 standard rooms plus 8 suites), all of which with en-suite bathrooms, open-feel indoor shower and overhead fans. Seven of these are family suites with a shared bathroom and two bedrooms for two adults and two children. A honeymoon suite has wonderful views over the ocean and dune forest.

Rocktail Camp also has a central dining room, bar and lounge with large wrap-around veranda. A raised viewing deck just off the veranda has wide views that extend out to the ocean. The camp’s main area has a wine cellar, large pool, curio shop and children’s playroom, complete with board games and other fun activities for families.

From a scuba diving perspective, Rocktail Bay is unique. Not only is the diving conducted within a Reserve and World Heritage Site along unspoiled reefs, but divers have the luxury of knowing that they alone have access to these sites and are the only underwater visitors along this stretch of the coastline.

Rocktail Camp has been built off the excellent partnerships forged between Rocktail Bay Lodge and the local community and continued these to the benefit of all.

Rocktail Bay Lodge was one of the first joint ventures in South Africa between community, a conservation authority and ecotourism. The model, involving Wilderness Safaris, the surrounding Mqobela and Mpukane communities and the iSimangaliso (former Greater St. Lucia) Wetland Park Authority, has evolved since then, to the point where Rocktail Bay became a partner site in the Pro Poor Tourism in Southern Africa Programme.

More than 2% of the community in the immediate settlements (comprising approximately 1 500 people) are permanently employed at the Lodge and, through a programme called Business Linkages in Tourism, community-based enterprise is being supported to provide a range of additional products and services.

The long-term success of this innovative project is dependent upon continued relationship-building between the three parties. A new structure is currently being introduced to enable the communities to participate more effectively in this three-way arrangement extending to resource management of the coastal region and in developing a new range of products.

Facts: Activities included for all guests:

Activities included in the DBB/Activity Rate:

This is not a traditional ‘big game’ area, but the camps are situated within a pristine coastal forest reserve which is interspersed with rolling grasslands and waterberry/palm savannah. This lush area abounds with a variety of animals, birds and plant life that provide a natural counterpoint to the bushveld. Common reedbuck frequent the marshes and grasslands and the red duiker lives in the forest areas. Hippo are sometimes found in freshwater lakes, while whales and dolphins are often seen offshore. Birding is outstanding, with a number of special coastal forest species – Green Twinspot, Green Malkoha, Grey Waxbill, Purple-crested and Livingstone’s Turacos, Red-capped Robin-chat and the jewel-like African Emerald Cuckoo in the forests, and Rosy-throated Longclaw in the open grasslands.

The reef systems here are amongst the most pristine in the world, boasting healthy soft and hard corals. Large numbers of the butterflyfish and triggerfish families are seen on every dive, interspersed with clown triggerfish, moorish idol, bannerfish, coachman, pencilled, powder-blue and bluebanded surgeonfish, firegoby and scissortail. At one site we are lucky enough to have regular sightings of the rockmover wrasse, while various eels, such as honeycomb morays, and black-cheek, are commonly seen. Marbled electric rays, blue-spotted and round ribbontail rays are common representatives of this family while the occasional manta and spotted eagle ray have also been sighted.

Sharks are sighted at intervals, including great hammerheads, tiger sharks, blacktip reef sharks and the enormous whale shark. Large numbers of pregnant spotted ragged-tooth sharks (also known as grey nurse sharks) appear in the area from late November until March and Rocktail Bay Lodge assists the Natal Sharks Board in monitoring and understanding what drives the arrival of this species in the area. The site most often frequented by these sharks is only in 10m of water and as such can be enjoyed by both divers and snorkellers.

The advent of winter heralds the arrival of whales in the seas off Rocktail Camp. Both humpback and southern right whales are recorded, with humpbacks the more commonly seen species. Finally, green and loggerhead turtles are regularly seen, while leatherback and hawksbill turtles are occasionally encountered. October to March has loggerhead and leatherback turtles come ashore at night to lay their eggs.