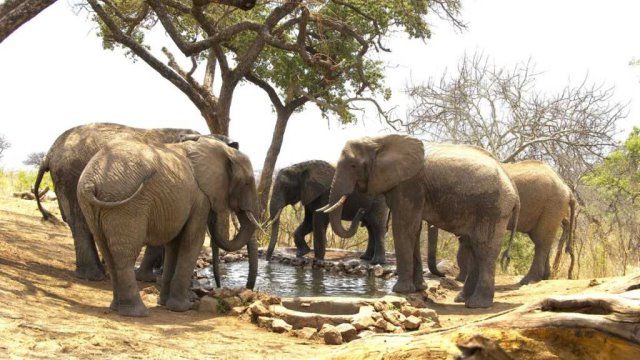 Tarangire National Park has some of the highest population density of elephants anywhere in Tanzania, and its sparse vegetation, strewn with baobab and acacia trees, makes it a beautiful and special location. Located just a few hours drive from the town of Arusha, Tarangire is a popular stop for safaris travelling through the northern circuit on their way to Ngorongoro and the Serengeti. The park extends into two game controlled areas and the wildlife are allowed to move freely throughout.

Before the rains, droves of gazelle, wildebeest, zebra, and giraffes migrate to Tarangire’s scrub plains where the last grazing land still remains. Tarangire offers unparalleled game viewing, and during the dry season elephants abound. Families of the pachyderms play around the ancient trunks of baobab trees and strip acacia bark from the thorn trees for their afternoon meal. Breathtaking views of the Masaai Steppe and the mountains to the south make a stop at Tarangire a memorable experience.

Home to more than 550 species, the park is a haven for bird enthusiasts who can expect so see dozens of species even in the dry season. The swamps are the focus of the largest selection of breeding birds anywhere in the world. Yellow-collared Lovebirds are a common bird sighting in the trees along the Tarangire River.

The park is also famous for the many termite mounds that dot the landscape. Those that have been abandoned are often seen to be home to the dwarf mongoose.