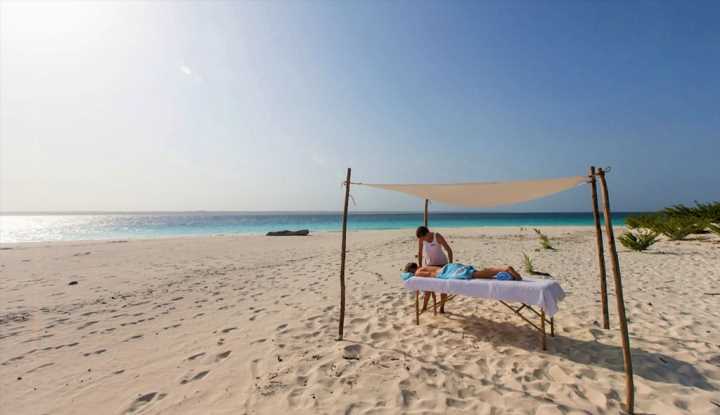 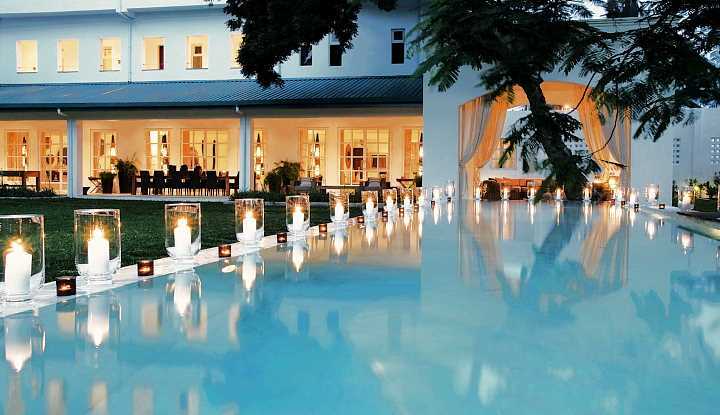 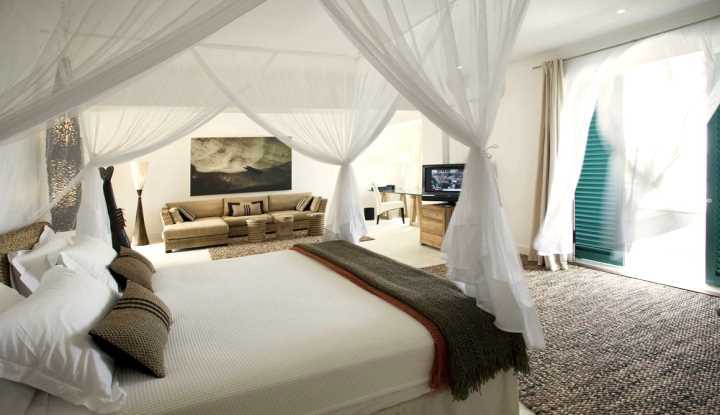 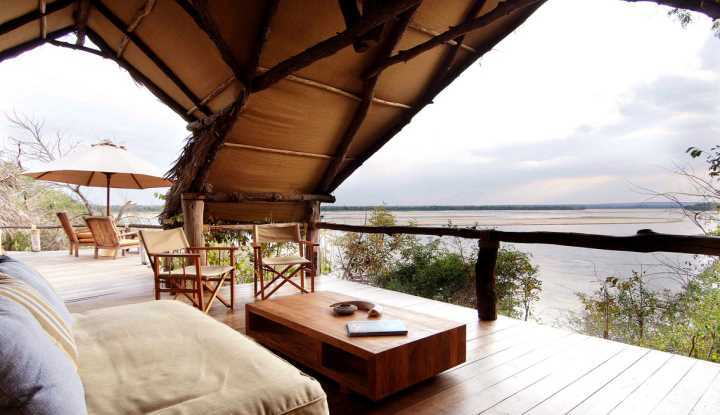 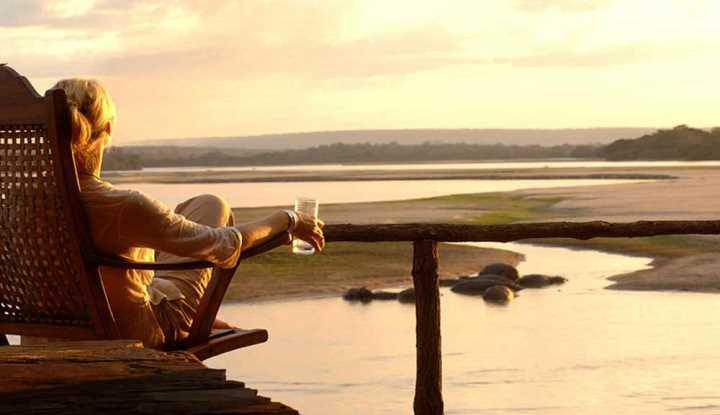 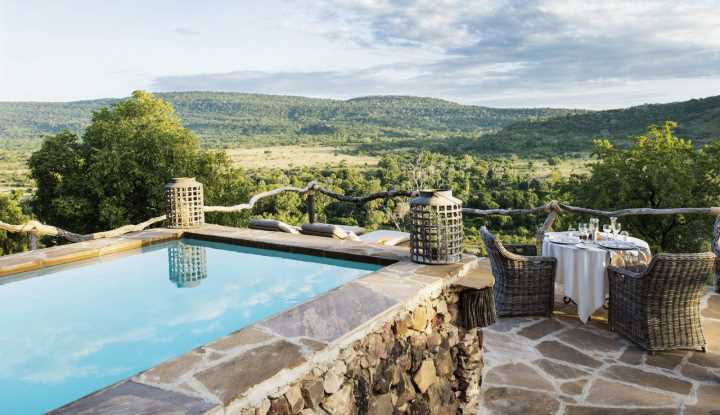 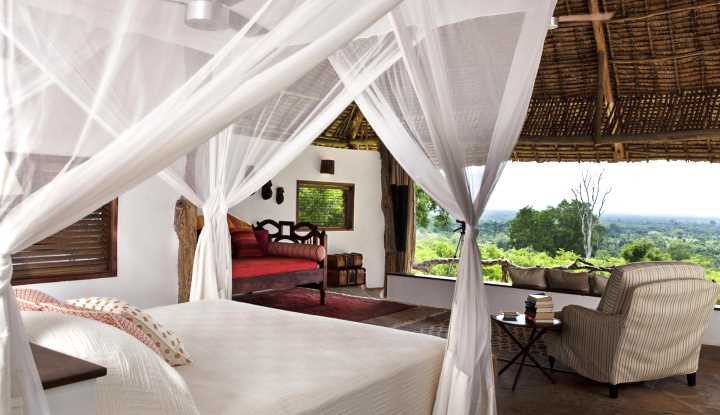 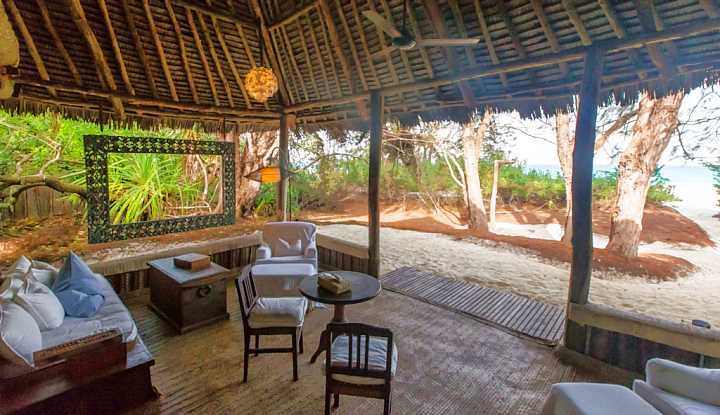 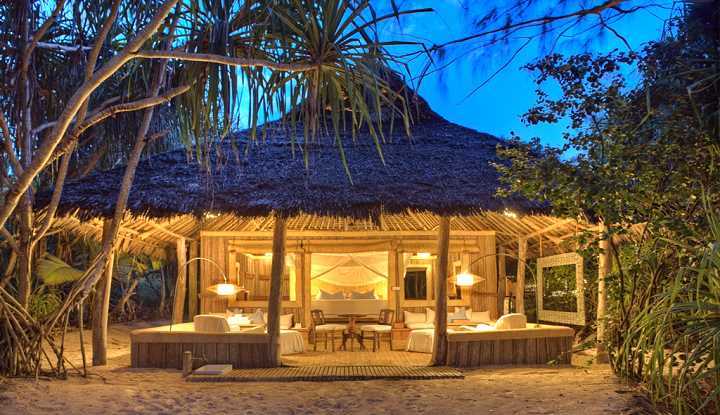 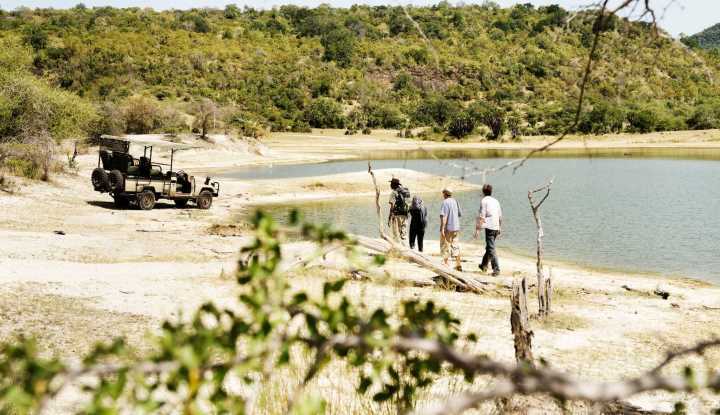 Offering a sea and safari adventure off the beaten track, this itinerary combines a journey through one of Tanzania’s more remote and undisturbed wildlife areas with rest and relaxation on the shores of a private tropical island. Boasting dramatic landscapes inhabited by a great diversity of wildlife, the Selous offers an elite and undisturbed game viewing experience. Explore one of Tanzania’s most pristine landscapes by vehicle and on foot, getting an intimate glimpse into this fascinating environment. From here, travel on to the flawless beaches of &Beyond Mnemba Island, where you can discover an underwater wonderland while diving or snorkelling in balmy Indian Ocean waters. Indulge in a secluded getaway far from the crowds, with the perfect balance of game viewing and relaxation.

DAY 1
You will be met by an &Beyond member upon arrival at Dar es Salaam International Airport and assisted onto a scheduled transfer into Dar es Salaam.

Despite its name, which means “abode of peace” in Arabic, Dar es Salaam is Tanzania’s largest and busiest city. It is the country’s most important business and commercial hub and is situated right on the Indian Ocean. It is the main port of call for most visitors, as it is an ideal location from which to access both the wilderness areas and the beaches of Tanzania and Zanzibar. Most visitors en route to the better-known Tanzanian attractions are surprised by the charm of this unassuming city and find themselves yearning for more days to explore its hidden secrets. Must-see attractions include the beautiful beaches of Kunduchi, Mjimwena and Mbwa Maji, Dar es Salaam’s spectacular harbour and the local markets.

Spend one night in Dar es Salaam. We have created luxury or deluxe options for this itinerary. In reality however, every journey with us will be tailor-made to your requirements.

DAY 2
Depart by road transfer to Dar es Salaam Airport (Domestic terminal) to board your scheduled Coastal Aviation flight to the Lower Selous.

Secluded and off the beaten track, the Selous Game Reserve offers visitors a slice of undisturbed wilderness, teeming with a spectacular array of fauna and flora. It was declared a World Heritage Site due to its dramatic landscapes and great diversity of wildlife. The Selous is one of the few big game reserves to allow hiking, offering wildlife enthusiasts the chance to explore Tanzania’s pristine landscapes on foot.

DAY 3, 4, 5
Safari in the Selous is subtly different. Sit back and enjoy game drives without seeing another sign of humanity. Leave the vehicle on the road and quietly follow your guide on an impromptu tracking walk. Walk quietly through the cool morning as the bush gradually wakes up all around. Stand on a rocky outcrop and gaze out across a wilderness so vast it defies description.

Wiggle your toes in the soft sand of the riverbank, a refreshing drink in one hand and binoculars in the other, or dig those toes in for better balance while battling a ferocious tiger fish. Glide around giant pods of hippo to the quiet murmur of outboard engines or drift silently by as elephants come down to drink. Lie back with nothing but a mosquito net obscuring the view and watch the stars come out. Rise for morning coffee or tea on the shores of a scenic lake a full day’s walk from your lodge. Feel a tingle as your flashlight illuminates the shining eyes of floating crocodiles. As the sun sets, warm weary feet by the fire and contemplate a day spent roaming this unspoilt paradise.

DAY 6
Depart the Selous on your scheduled Coastal Aviation flight to Zanzibar Airport. On arrival you will be met by an &Beyond representative who will assist you onto a road transfer.

More than 1 200 years ago, the silhouettes of three-cornered Arab dhows were first spotted across the horizon of the Indian Ocean waters washing Africa’s eastern shores. These traders had happened upon an island of such exquisite beauty that they filled their parchment manuscripts with tales detailing the picturesque sights. This scented land of coconuts and spices was so idyllic that the Sultan of Oman decided to move the seat of his empire to these shores they named Zayn Zal Barr, meaning “fair is the island.” Today the Zanzibar Archipelago is still bathed in the heady scents of cloves and cinnamon, and traditional dhows still drift across the horizon. Off the north-eastern tip of Zanzibar lies the private &Beyond Mnemba Island – an island inhabited only by guests and the staff taking care of them. Just 1.5 km in circumference, Mnemba is surrounded by an atoll of breath-taking coral reefs, and boasts some of Africa’s most magnificent dive sites. The calm, azure seas surrounding Mnemba offer irresistible snorkelling, scuba diving, kayaking, fly fishing, windsurfing and permanent swimming directly from the beach. Turtle season occurs between April and August (however laying’s can occur year round), and these prehistoric creatures can be seen laying their eggs on the beaches. Within nine weeks, the beaches are filled with tiny turtle hatchlings.

Spend four leisurely nights in the exotic paradise of Zanzibar.

DAY 7, 8, 9
For the next few days the island and its ocean are yours to explore and enjoy. Remain in-house at your selected retreat, get out and about on the island, or combine the two.

Step aboard a sailing dhow with its iconic triangular sails for a day on the clear waters of the Indian Ocean. Dive or snorkel the brilliantly coloured reefs or stop on an isolated sandbank for lunch. Brace your feet on the deck to do battle with the game-fish of the Indian ocean on a deep-sea fishing safari.

Pause under the cool overgrowth of an island forest and marvel at the medicinal benefits of the plants your guide has pointed out. Indulge in the unique offerings of your chosen retreat, be it a spa treatment or a lazy lounge on the beach, sustained by icy cocktails.

DAY 10
After breakfast an &Beyond member will meet and transfer you to Zanzibar International Airport. At the airport board your scheduled Coastal Aviation flight to Dar es Salaam.

HALF DAY CITY TOUR: DAR ES SALAAM
Embark on a whirlwind two to four-hour tour of Dar es Salaam’s top attractions, from the bustling fish market, where dhows unload their catch at daybreak. Experience the scents and flavours of the East on India Street. Wonder at the arched Central Railway Station, built by the German East Africa Company. Admire the stained glass windows of gothic St Joseph’s Metropolitan Cathedral and the beautiful Romanesque Greek Orthodox Church. Visit the traditional souk market at The Slipway or bargain for local souvenirs, wood carvings, paintings and ornaments at the Mwenge Carvers’ Market. Pass by the University of Dar es Salaam, the oldest and biggest public university in Tanzania, and the Uhuru Torch, an iconic national symbol that mirrors the Freedom Torch placed at the peak of Mount Kilimanjaro to celebrate Tanzania’s independence from colonial rule. Visit the National Museum, featuring early fossils of mankind discovered at Olduvai Gorge by Mark Leaky, and the open-air Village Museum, with its collection of the authentic dwellings of Tanzania’s various tribes.

MADE IN ZANZIBAR SHOPPING EXPERIENCE
There’s no better way to get to know a culture than learning about and tasting their food. On this half day tour, you will wander the streets of the old Stone Town with your guide, and discover an exciting and historic town known for its rich culture and culinary diversity. Discover the history and culture of this beautiful area while visiting local food stalls and restaurants, and tasting the local specialties. The custom of drinking coffee, or kahawa, in Zanzibar is an age-old ritual with which most Zanzibaris begin their day. Start the morning by hopping on the kahawa trail to discover the best coffee that Zanzibar has to offer. Traditionally served from conical steel pots into tiny, intricate porcelain cups, the flavour of Zanzibar kahawa reflects the islands spicy reputation: dark roasted coffee beans, fresh ground cinnamon and cardamom blended by scalding hot water and served in small, powerful shots. The perfect accompaniment to coffee is halwa, a sweet, sticky confection that is traditionally served up at weddings and special occasions. Watch as the local men combine the mix of sugar, oil, butter, and cashew and pistachio nuts, and spread it out in huge sheets for setting. Discover the unique and very popular dish ‘Rojo’, a soup mixed with kachori and potatoes, and sprinkled with cassava. Visit local bread makers and try the many different types on offer. Wash it all down with an ice cold freshly squeezed sugar cane juice, or the refreshing taste of the traditional coconut, madafu. The tour ends at Darajani market, with a local fruit tasting of everything that is in season. 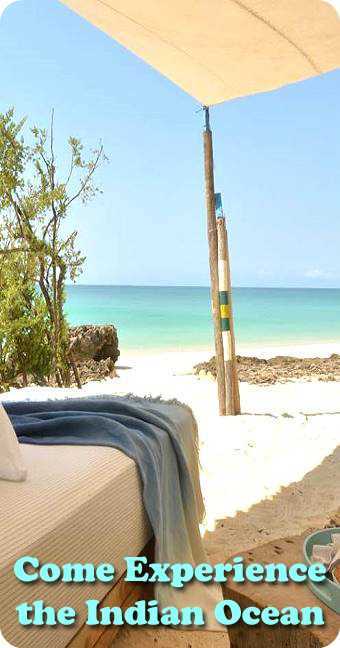