If a camp’s success lies in its details, then Mara Plains Camp is truly blessed, located as it is on a bend in the Ntiakitiak River in the heart of the 35,000-acre Olare Motorogi Conservancy which abuts Kenya’s Maasai Mara National Reserve to its south. 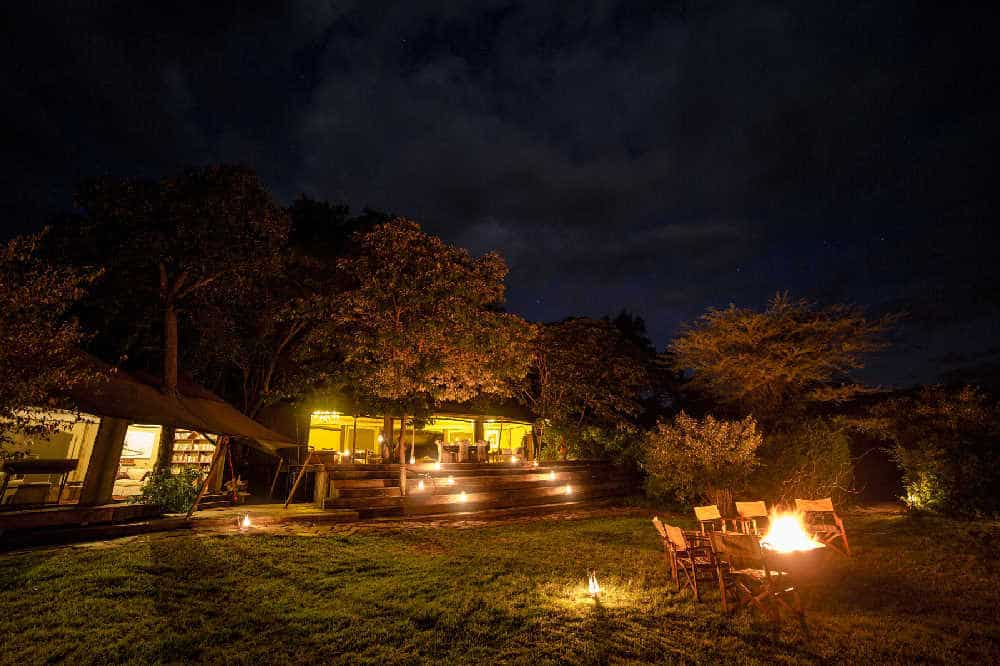 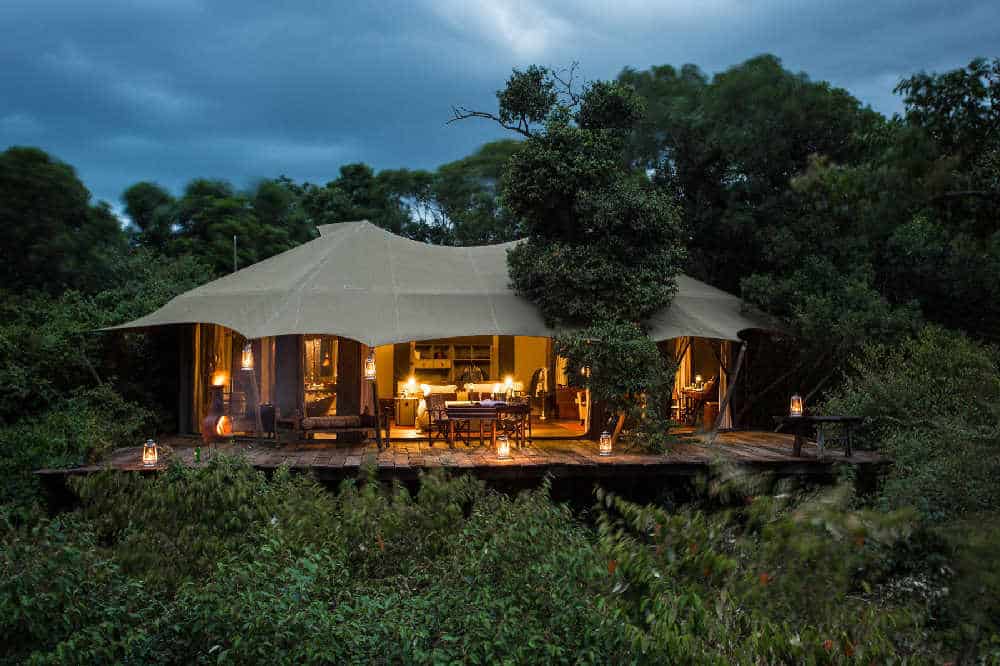 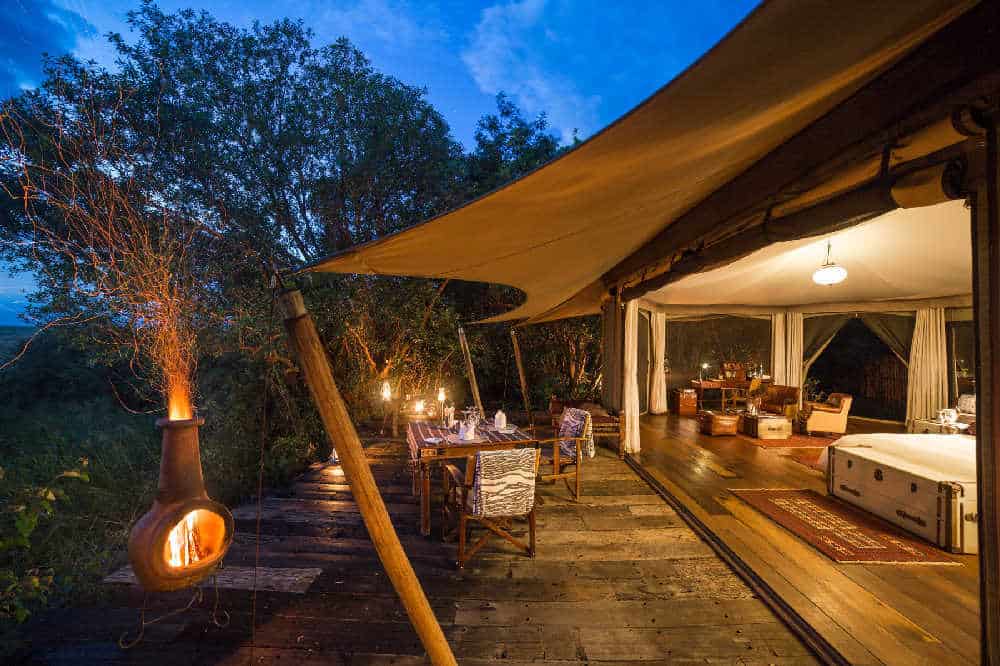 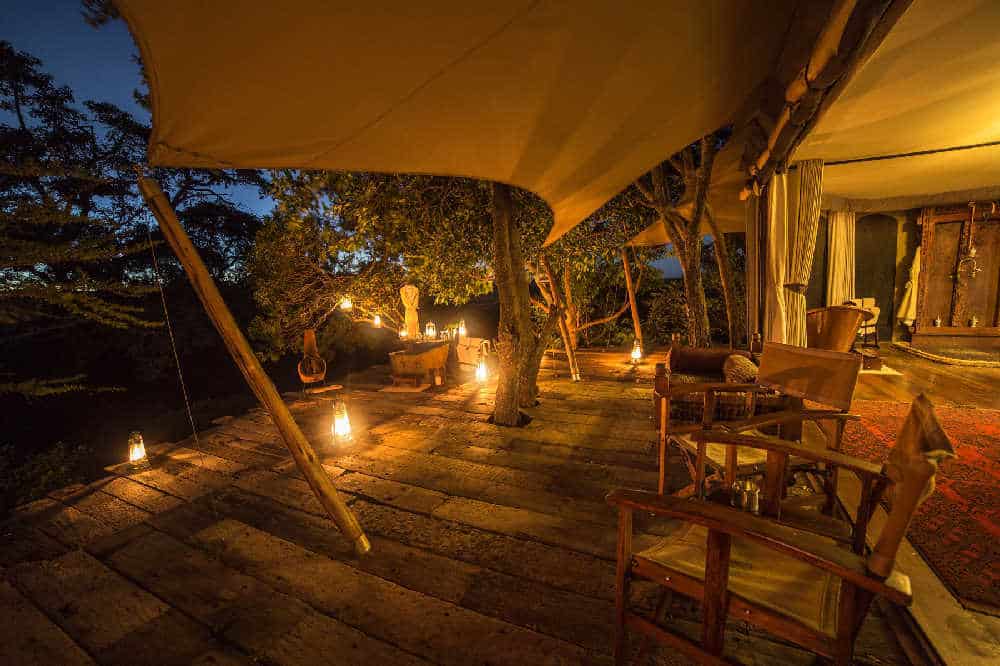 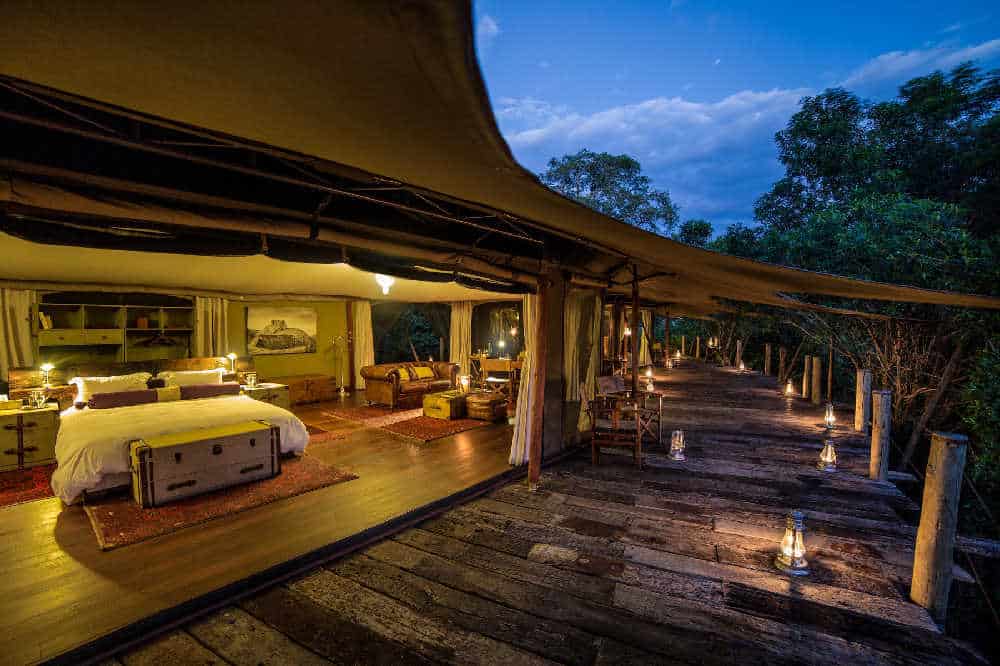 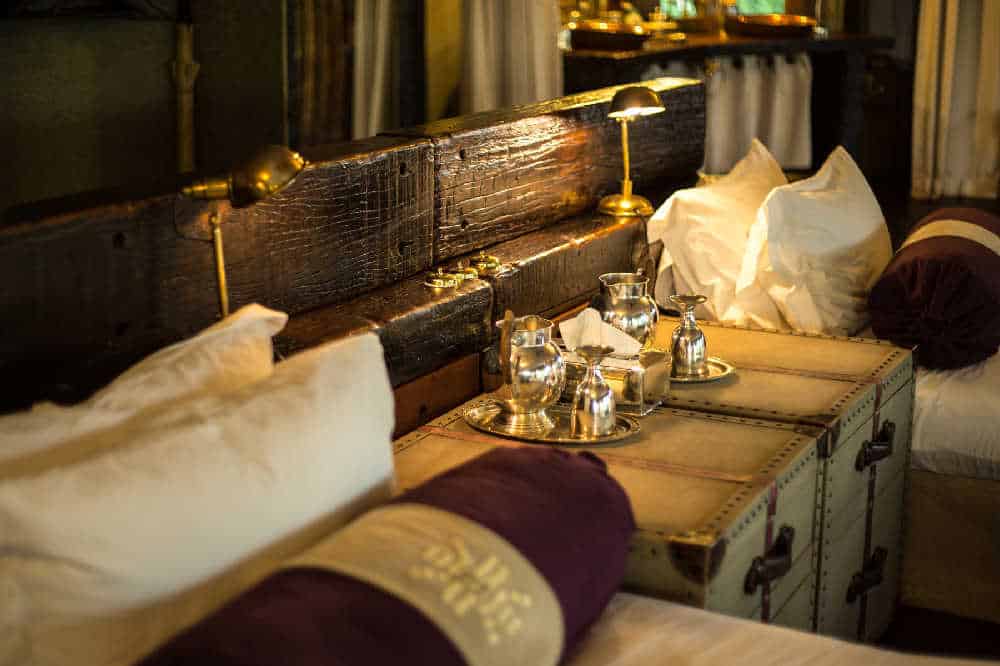 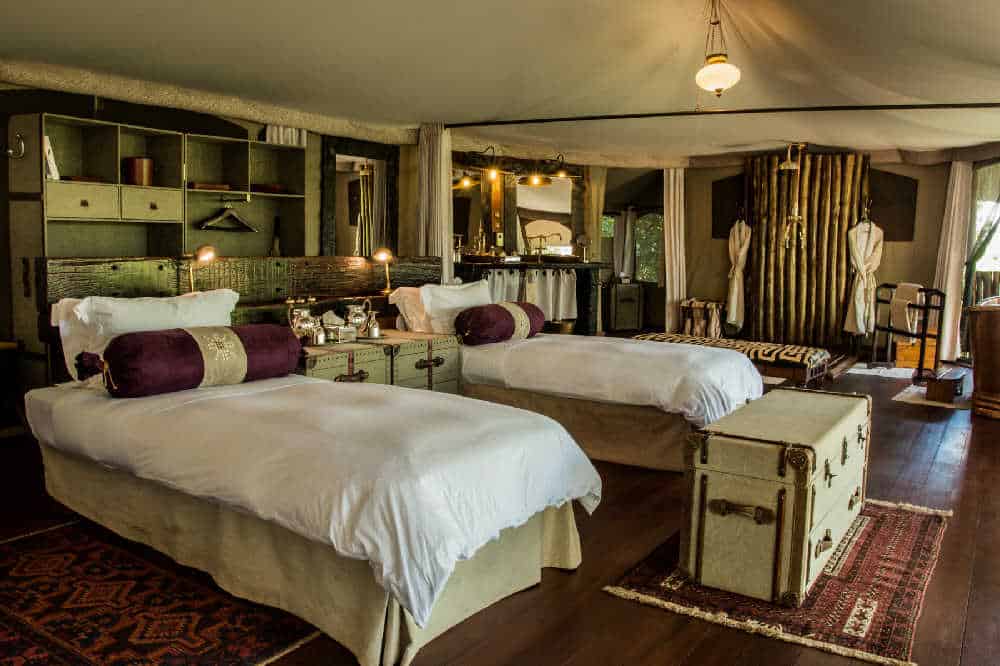 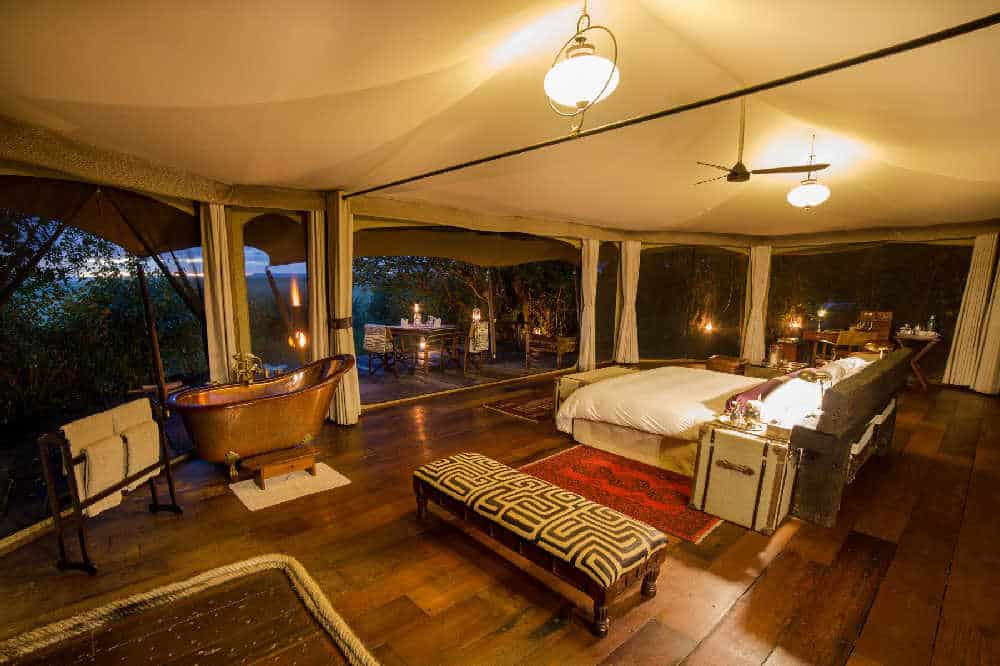 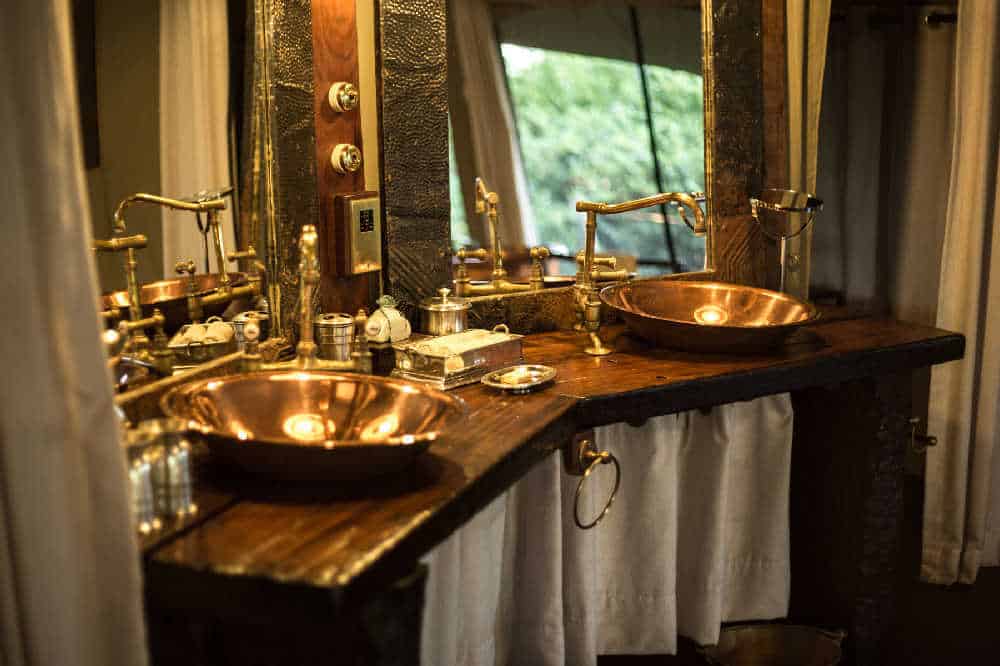 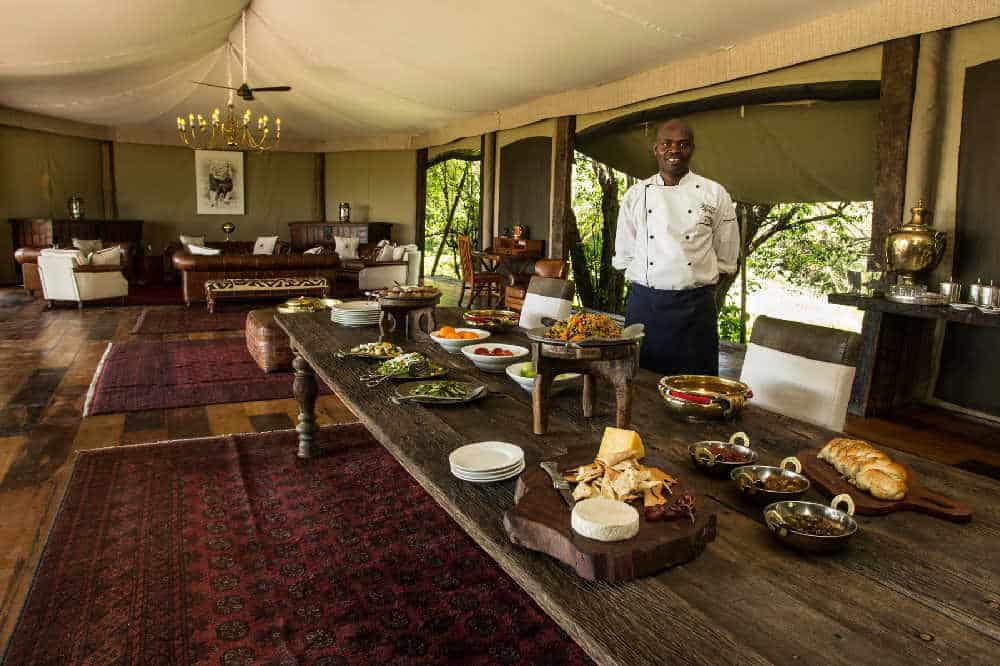 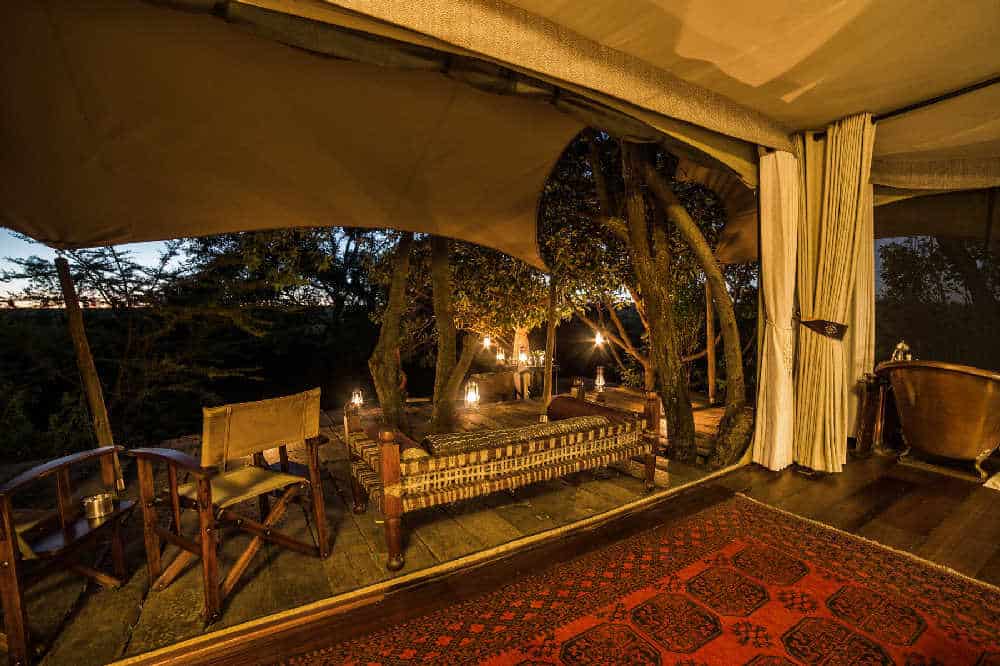 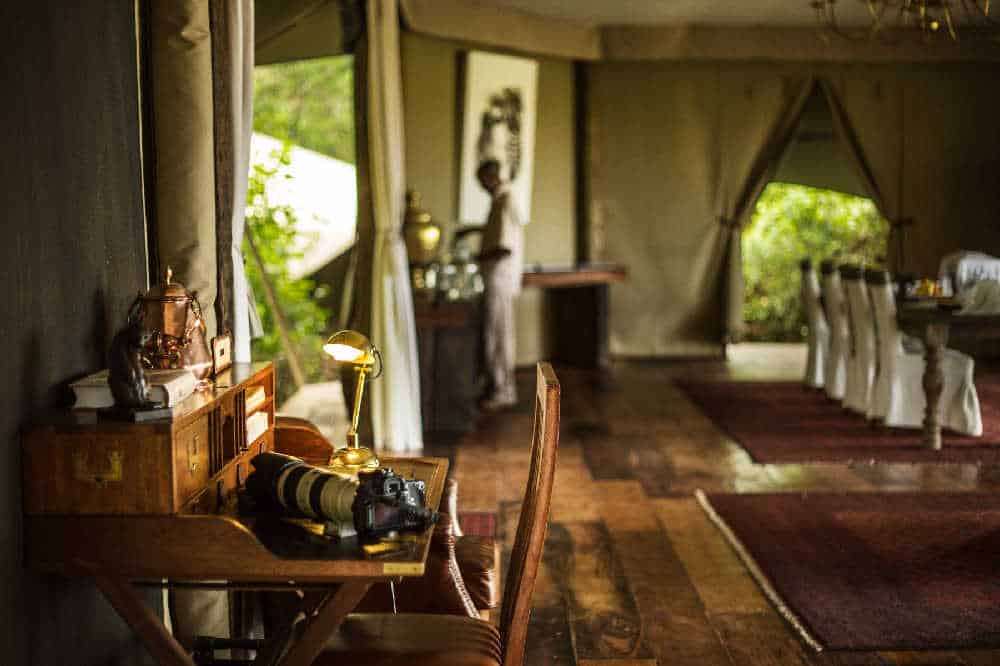 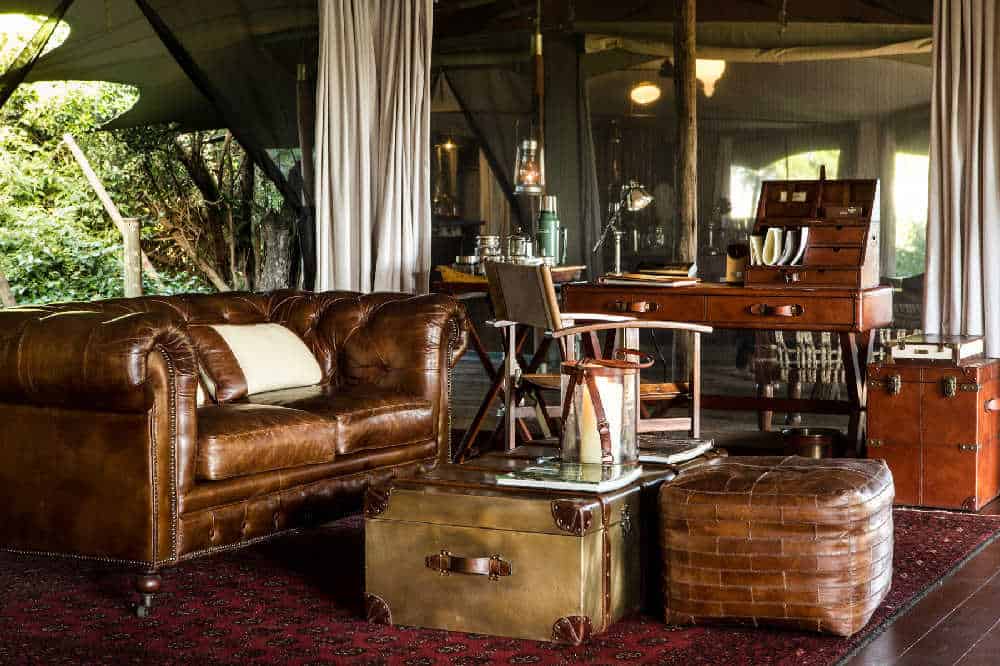 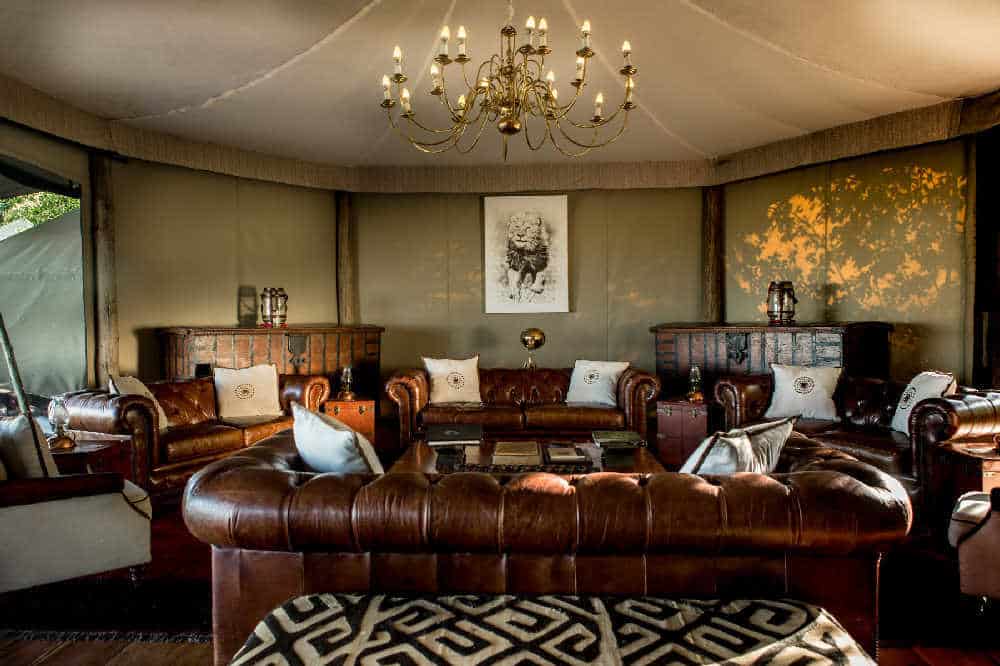 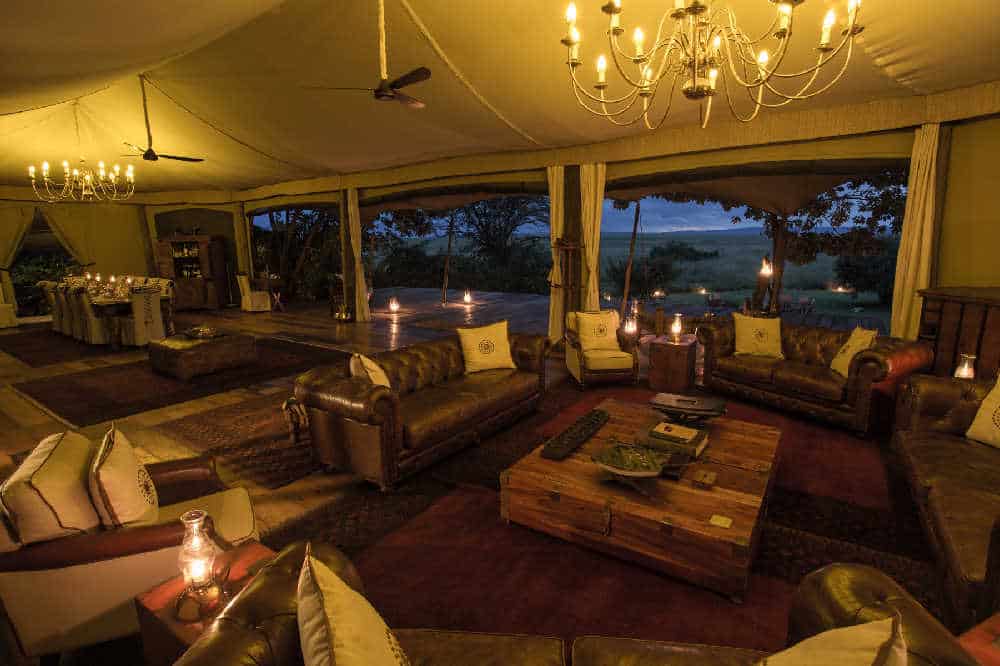 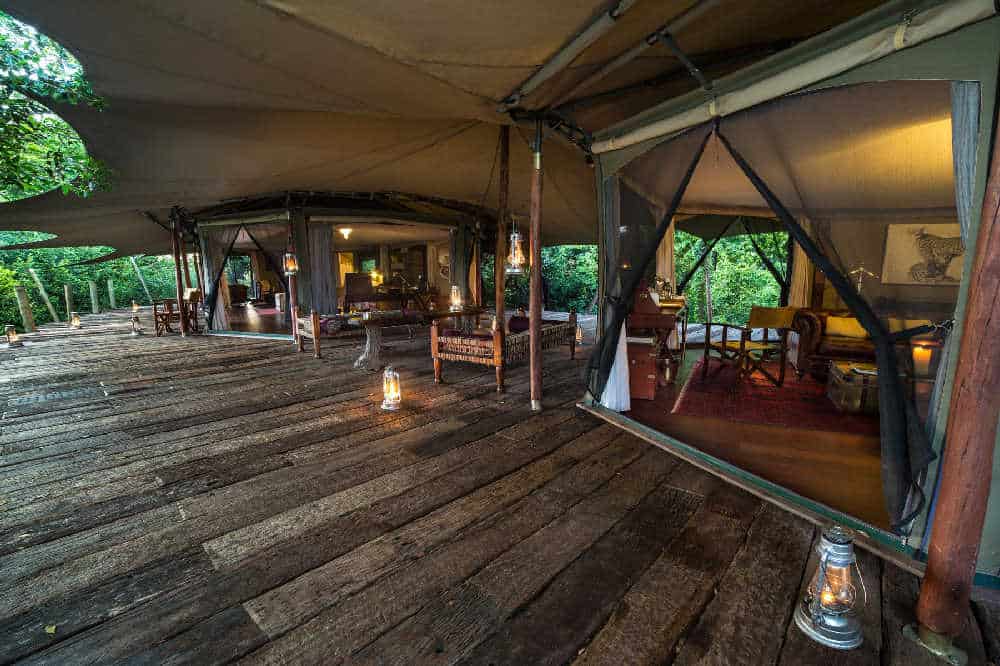 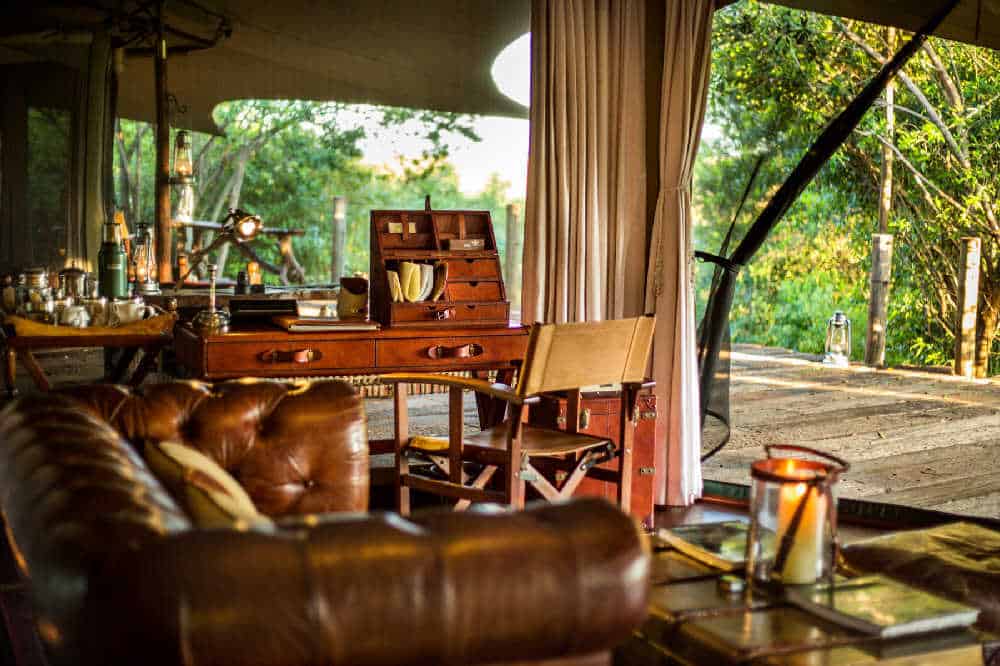 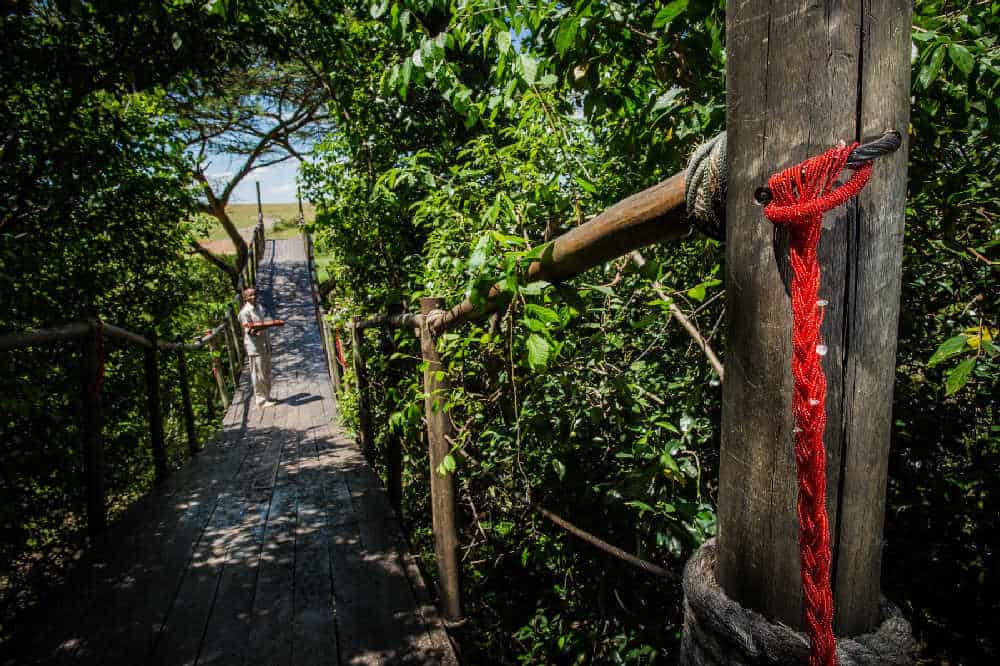 Upon arriving at the camp, you walk across a bridge over the river, through a thick, riverine forest, up a small slope to some giant steps, only to be greeted by an endless horizon with one, single, flat-topped tree – the quintessential shape of East Africa – right in your line of sight.

It’s a small detail, perhaps, but one which Great Plains co-founder Dereck Joubert spent days considering as he paced the approach to ensure the impact of arrival in camp was maximised. On deciding the best route, his only hope remained that an elephant didn’t flatten that all-important tree!

Such are the apparently unimportant decisions which, when added up, go towards making Mara Plains Camp the marvelous combination of romance, adventure, discovery and exploration that it is.

When sitting in the middle of one of the richest wild ecosystems in the world it’s exceptionally important not to try and upstage what nature has provided, so the design of Mara Plains is one of understatement and quiet class. The decor pays homage to the essence of East Africa and its chief influences – Maasai and Arab culture. Ancient Swahili heritage is reflected in large wooden doors from the coastal island of Lamu, and accents of deep red and purple honour the great Maasai chiefs and warriors who have roamed this land for millennia.

Add to this cultural melting pot a nod to the colonial era, with rich leathers, copper and brass used in expedition-style campaign furniture and you have a lavish, residential atmosphere which complements, rather than overwhelm the surrounding wilderness.

One of only five camps on the Olare Motorogi Conservancy, guests at Mara Plains have unrivalled access to more than 100,000 acres of exclusive, low-vehicle density tourism land, home to extensive areas of important habitat for a vast number of wildlife species, while still having unfettered access to the Maasai Mara’s additional 375,000 acres.

Early morning, late afternoon and night game drives in an open 4×4 vehicle and local village visits. Balloon flights across the Maasai Mara are at an additional cost.