Serian Camp in the Masai Mara

Serian Camp – Alex Walker, a fourth generation Kenyan, has been guiding and outfitting safaris throughout East Africa for over twenty years. During his childhood he was to be found in the bush of Southern Tanzania, the forests of the Mau in Kenya and the mountains and vast wilderness of Southern Sudan. Alex spent his time in the bush on foot hunting and exploring with his father’s trackers. It was this early fascination with the animals & birds of the bush that convinced Alex as early as five years old that this was to be his vocation in life. 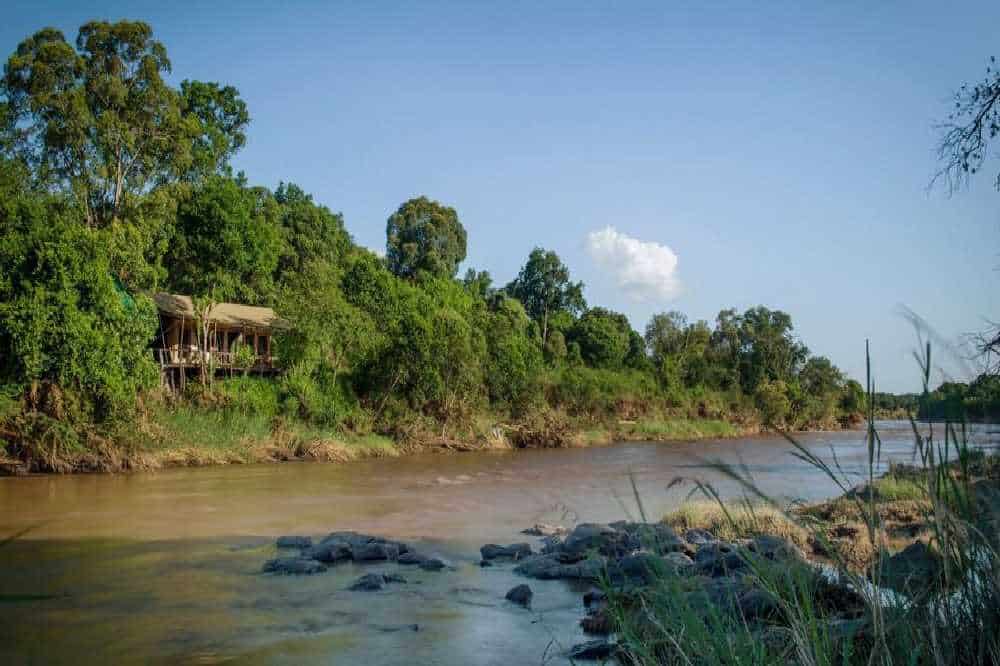 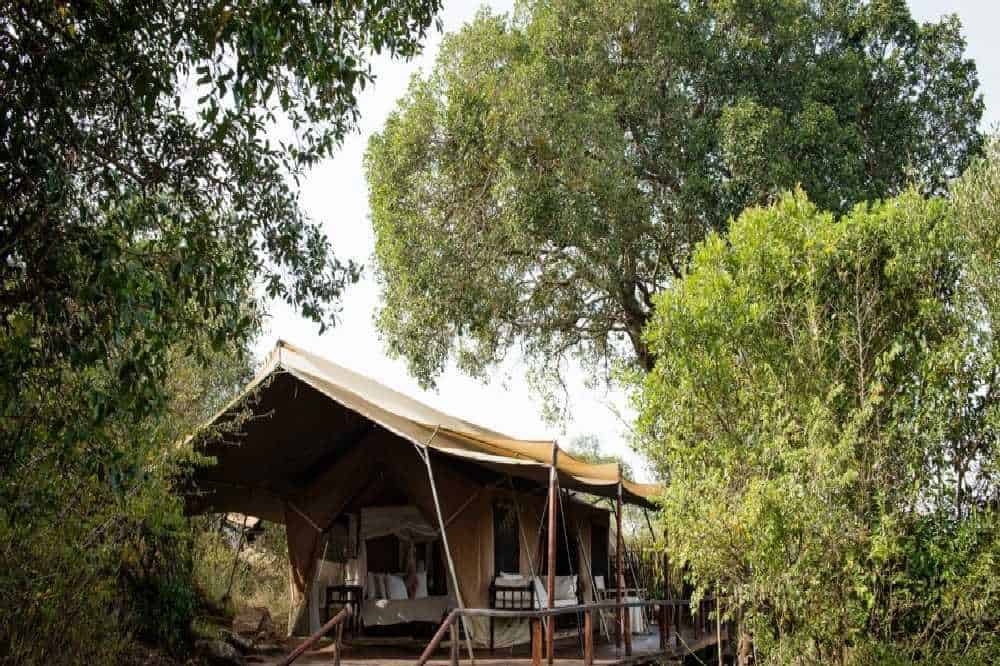 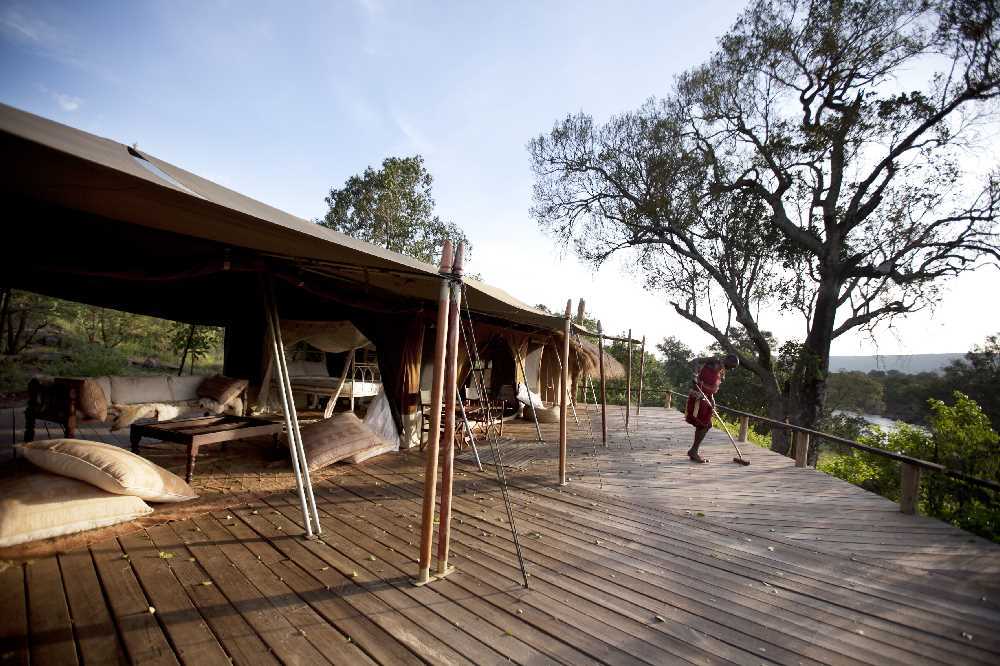 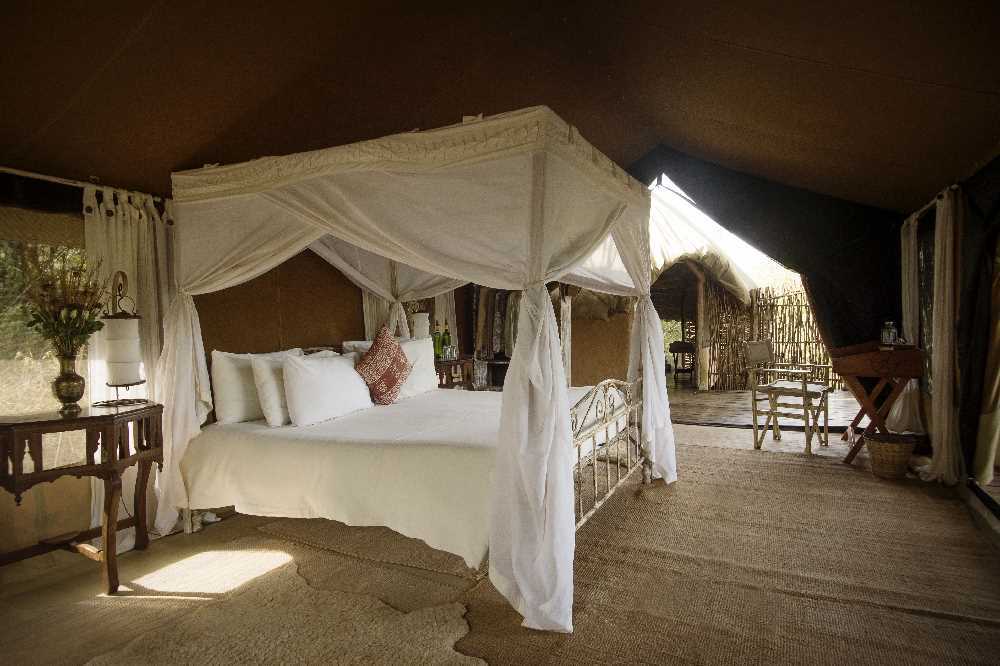 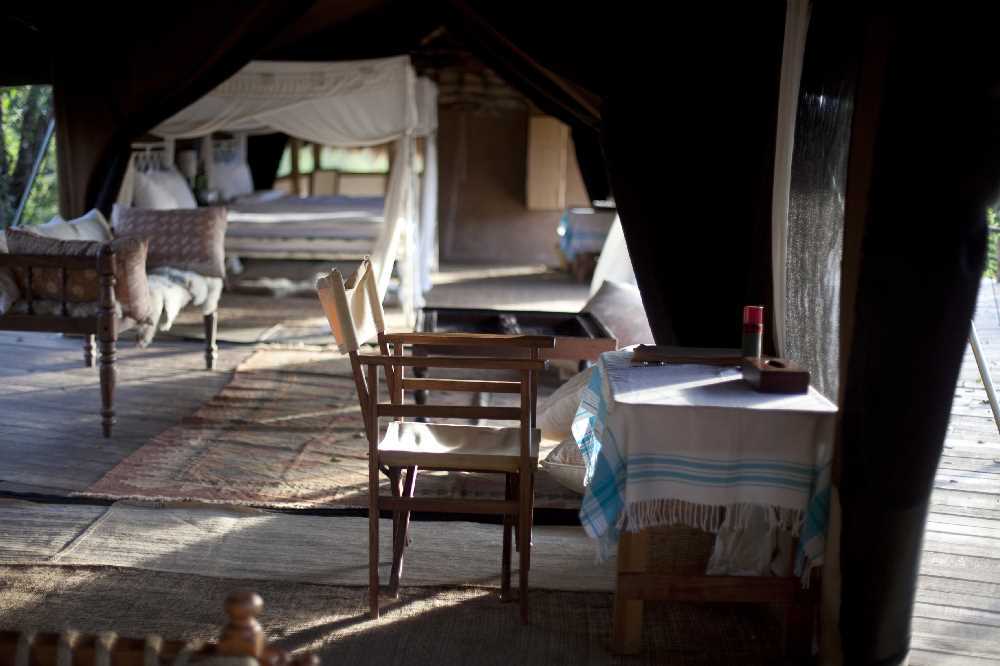 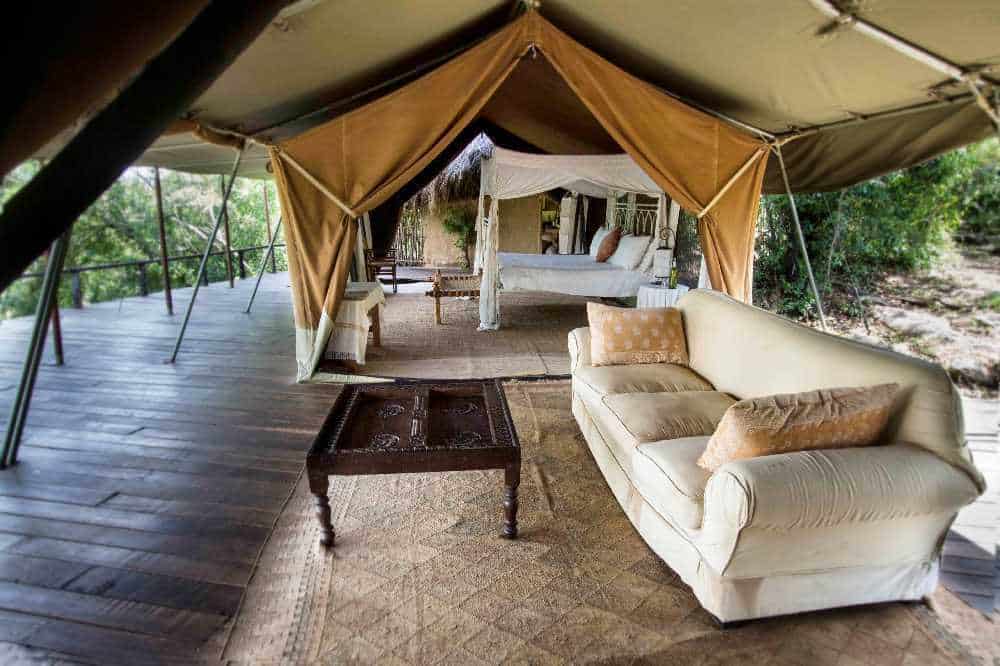 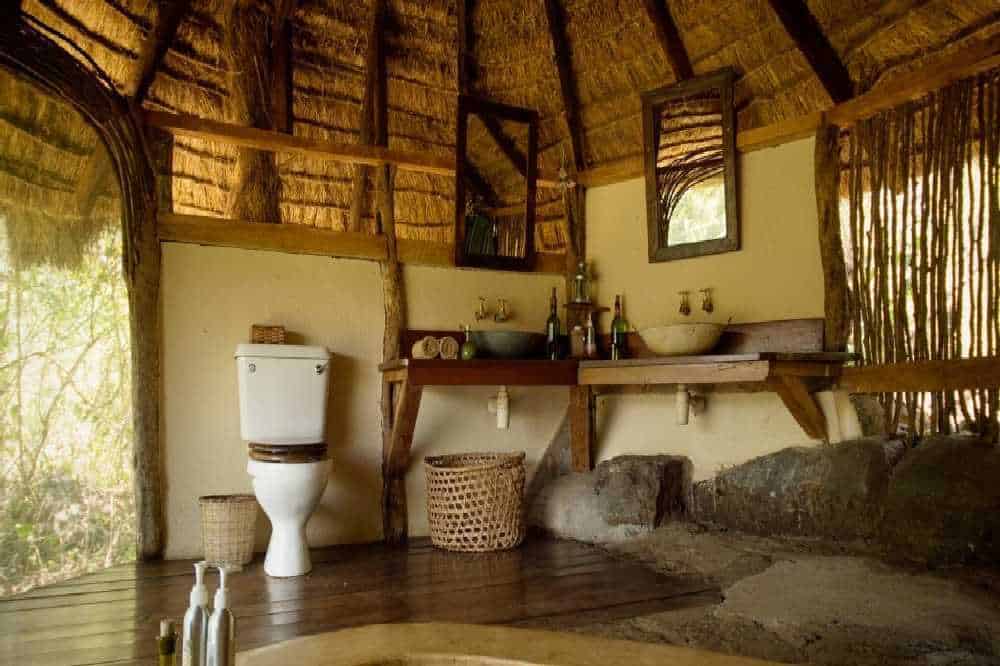 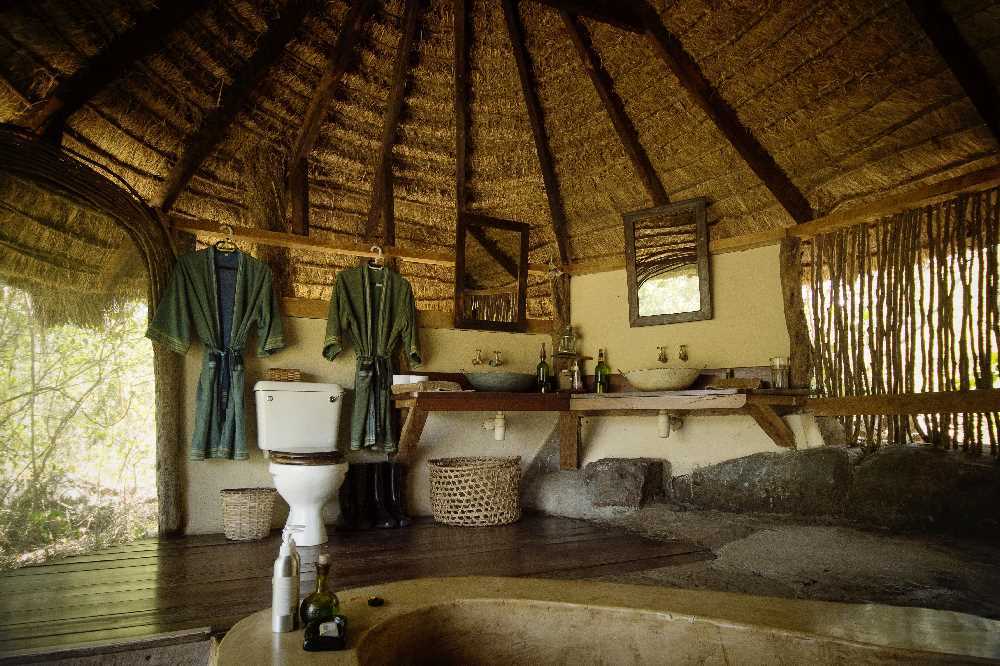 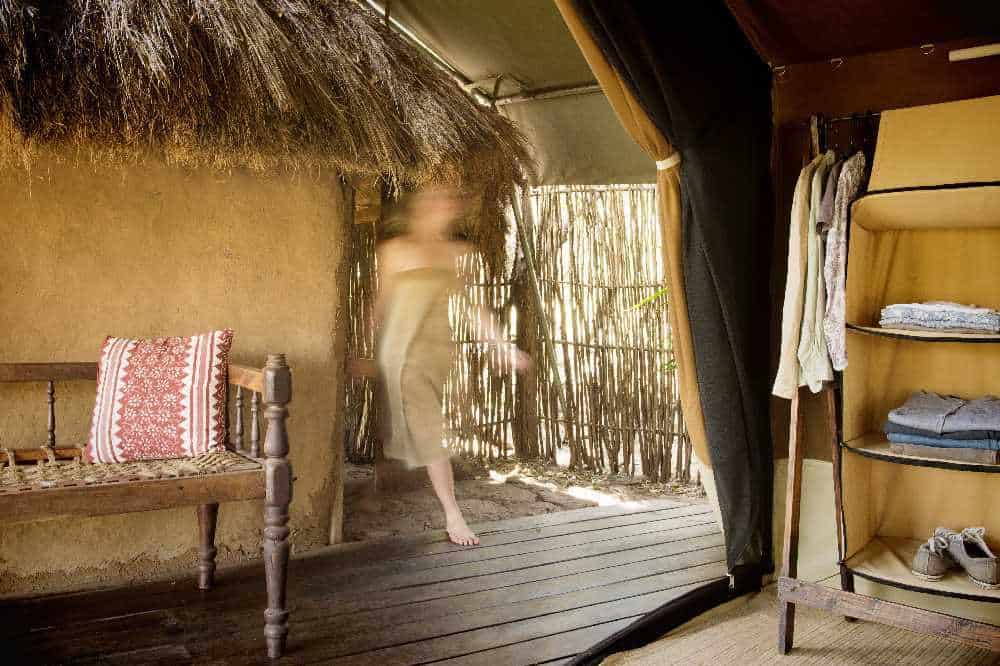 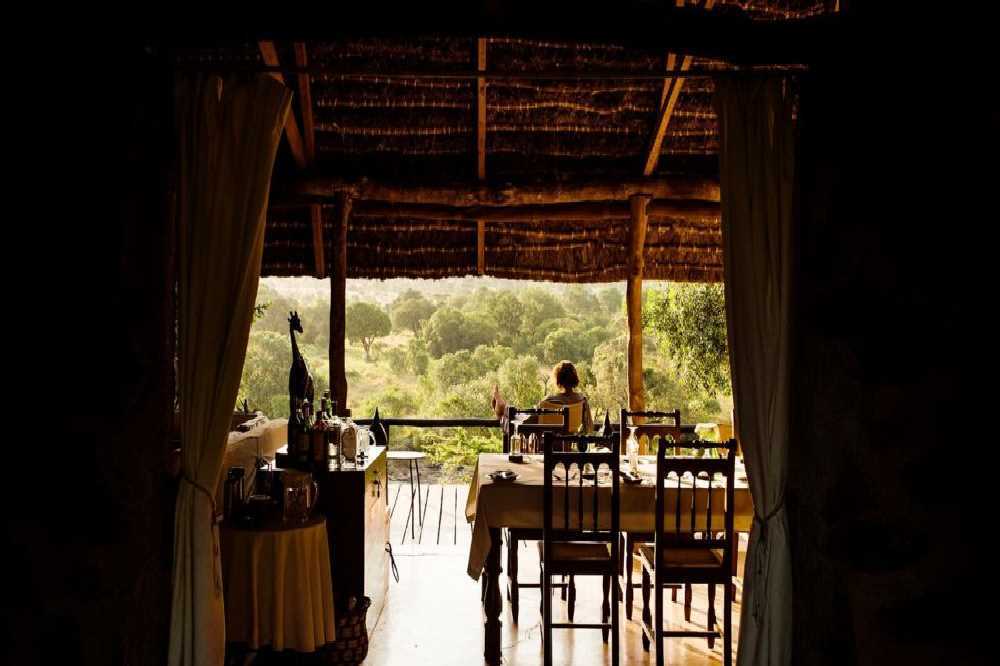 Apprenticing at seventeen with renowned hunters Robin Hurt and Danny McCallum, Alex qualified as a fully licensed professional hunter at the age of nineteen and has since guided throughout East & Central Africa. Specializing in walking safaris from the forests of Rwanda and the Congo to the deserts of northern Kenya.

Alex a keen cameraman is also part owner of a film and production company together with John Moller and Kire Godal, producing informative and exciting wildlife and conservation orientated documentaries. Malaika Media has produced programs for the Discovery Channel and Fox FN on American and English TV and promotional material for Lewa Downs Conservancy and the WWF.

Alex has wrought out a charismatic home, Serian Camp; in the Masai Mara. From here he operates unique safaris & expeditions throughout Africa with a bent on walking, at the same time keeping a hand in by recording some of Africa’s unique images on film.

The Mess deck and indoor fireplace leave one with the impression of having found a home from home! Enjoying an expansive view of the Mara river and the Oloololo escarpment, the deck area plays host to a great deal of wining & dining.

Ngare Serian This refuge of serenity may not suit those who seek a tame, barren surroundings Rather, it fits the more audacious voyager who seeks out safari’s real character. Because of its intimate and select character, Ngare Serian is suited to being set aside in its entirety for family gatherings or close friends on a private basis. Each of the four, tented suites stands on a rich hard wood deck, sat above the burbling Mara river deep in the North Mara Reserve.

Serian Mobile Camp The mobile camp is positioned to blend unobtrusively into the surrounding vegetation. There are five ensuite “Selous Style” tents. Each simply furnished in traditional safari style with single cots, carpets and tray tables. The bathroom has long drops and bucket showers.

The experience at Serian’s mobile camp is focused on viewing wildlife, in particular, the migration of Wildebeest and Zebra as they cross the Mara River. Each day will be new and exciting. Meals in camp will be interspersed with picnics out in the bush. There are no schedules to be met and you are free to make your own timetable on a daily basis.

This camp is sold on an exclusive use basis & can be used anywhere in Kenya!

There’s a whole world of exciting things to do and beautiful places to see, and of chief importance is making sure you have enough time to indulge in a good range of the sublime experiences on offer. We’ve designed a collection of sample itineraries to lend some inspiration on how to put the ultimate trip together.

You’ll see we’re big fans of combining our camps, and this is because each location proffers a different experience. Our camps are scattered across two countries, and a diverse range of wildlife zones – Mara North Conservancy, Masai Mara Reserve, Serengeti National Park, and Ngorongoro Conservation Area – and on top of that, each camp has its own unique character too.

We also love mixing up traditional game drives with other fun activities: balloon rides, bush dinners, exploring at night, getting out on foot, river fishing, learning traditional cultures… There are so many ways to enrich your safari experience.

Of course, we are all about flexibility, so if you’d like to pick and mix and concoct your own safari, that’s an option too – all the ingredients are there for the taking.