Dulini Game Reserve is situated in the western sector of the World Renowned Sabi Sands Reserve. The beauty of Dulini lies in the exclusivity of its luxurious accommodation. Embraced under a leafy canopy of Ebony Trees, six traditionally thatched suites, grace the banks of the Mabrak Riverbed. 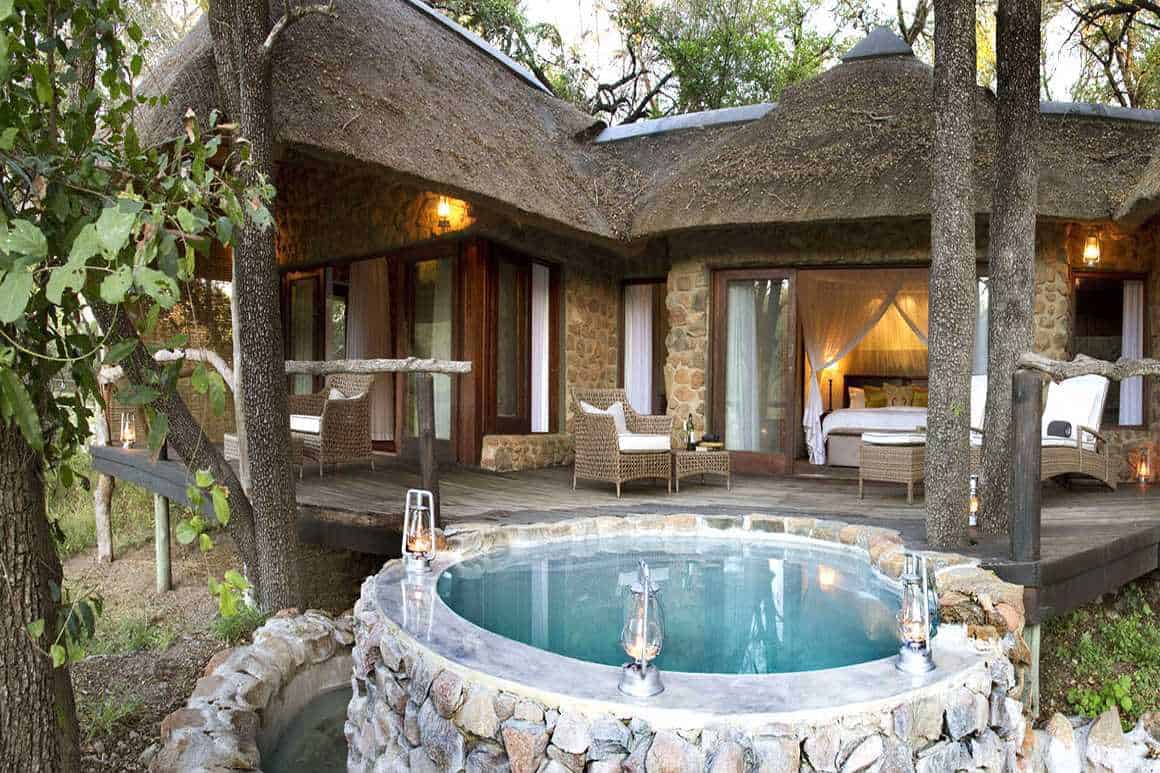 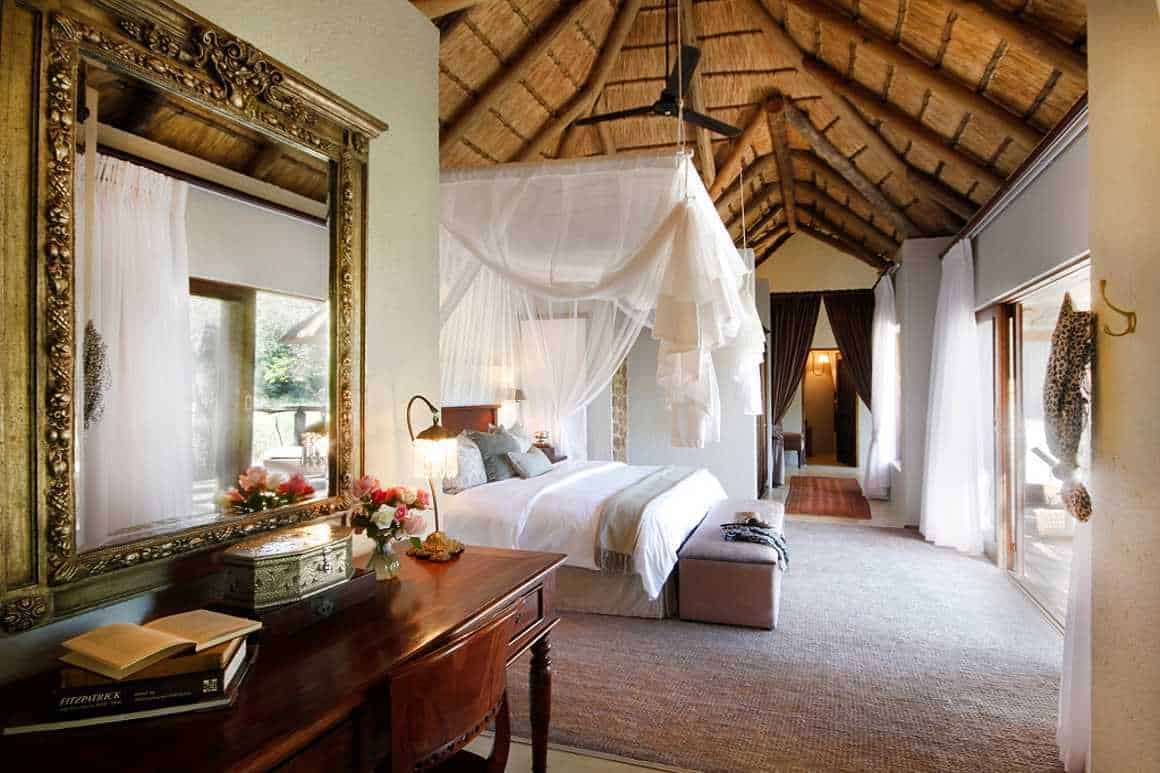 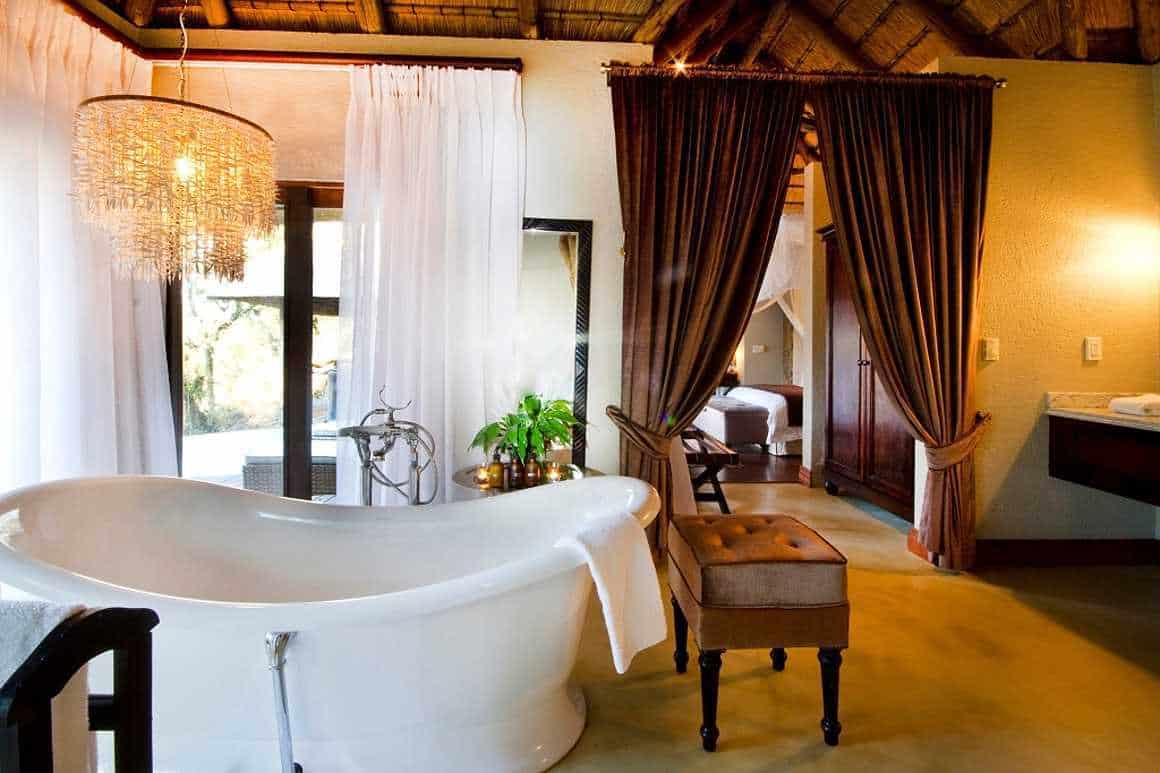 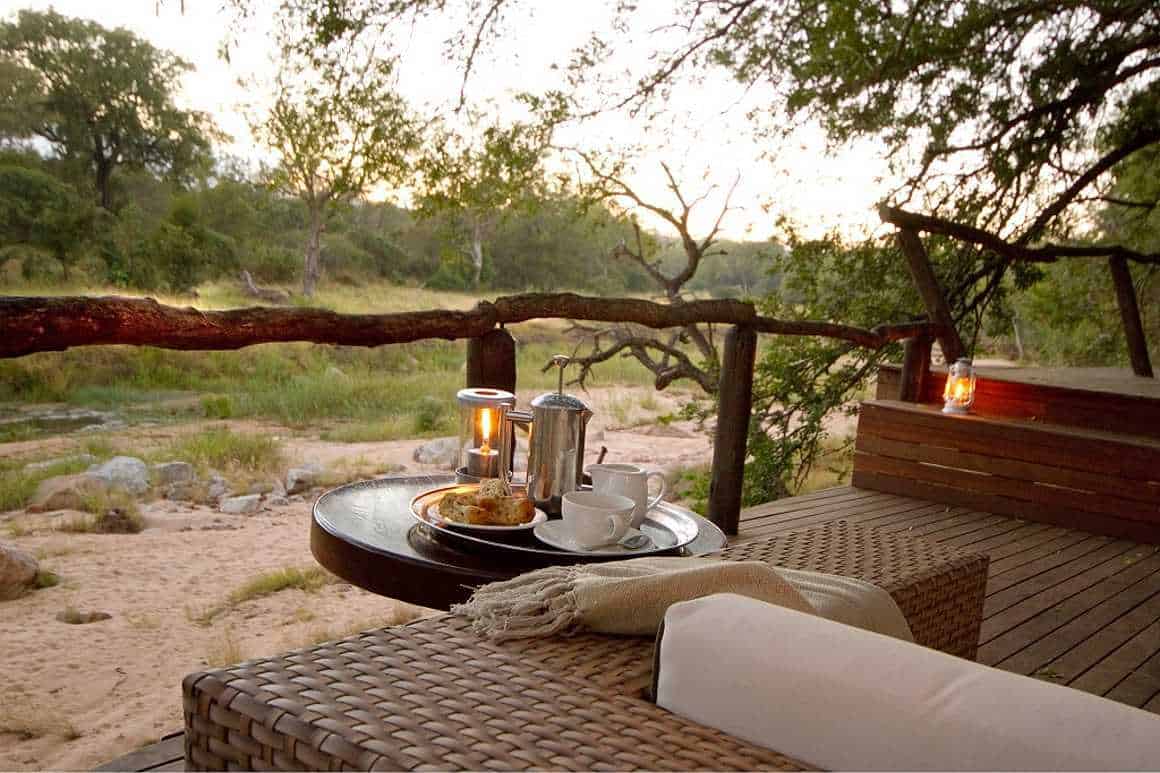 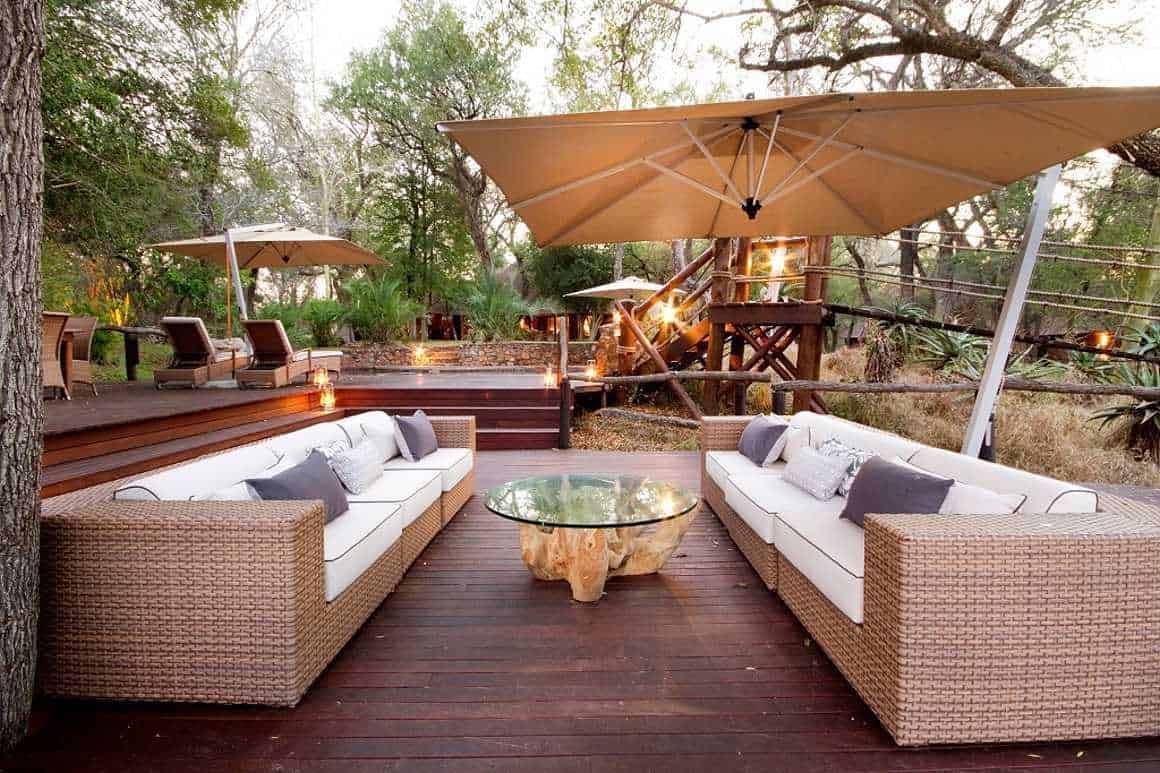 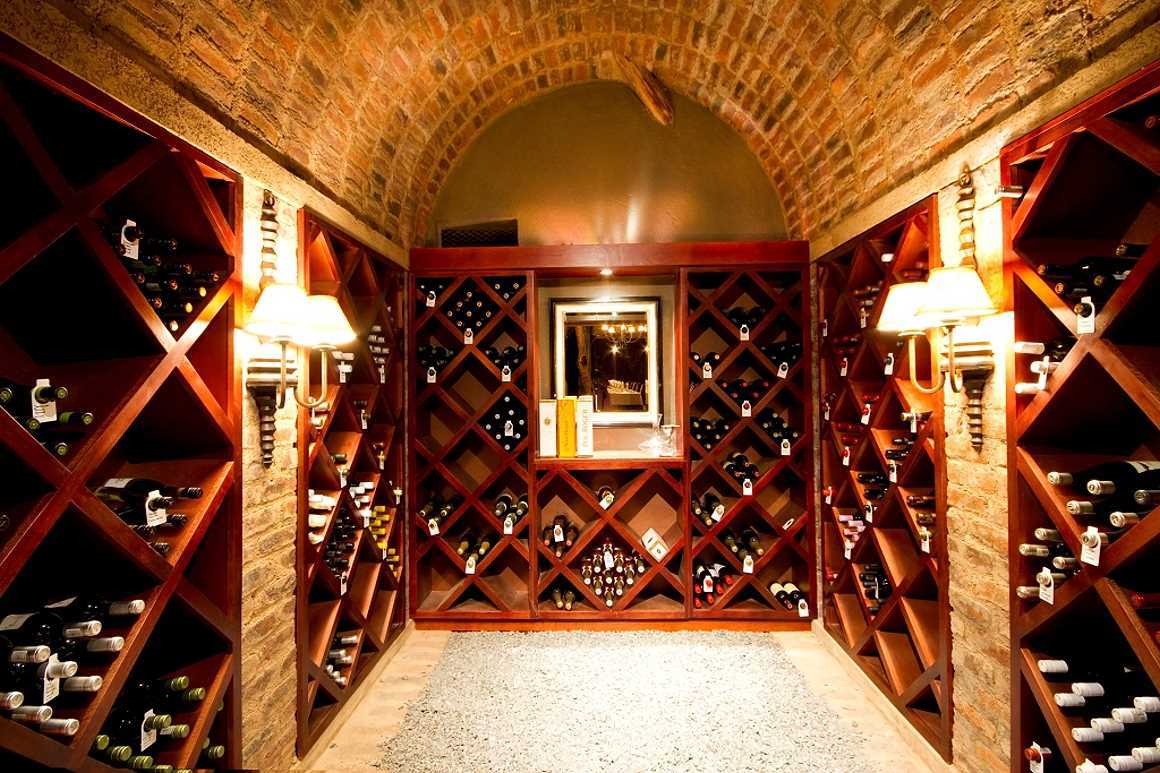 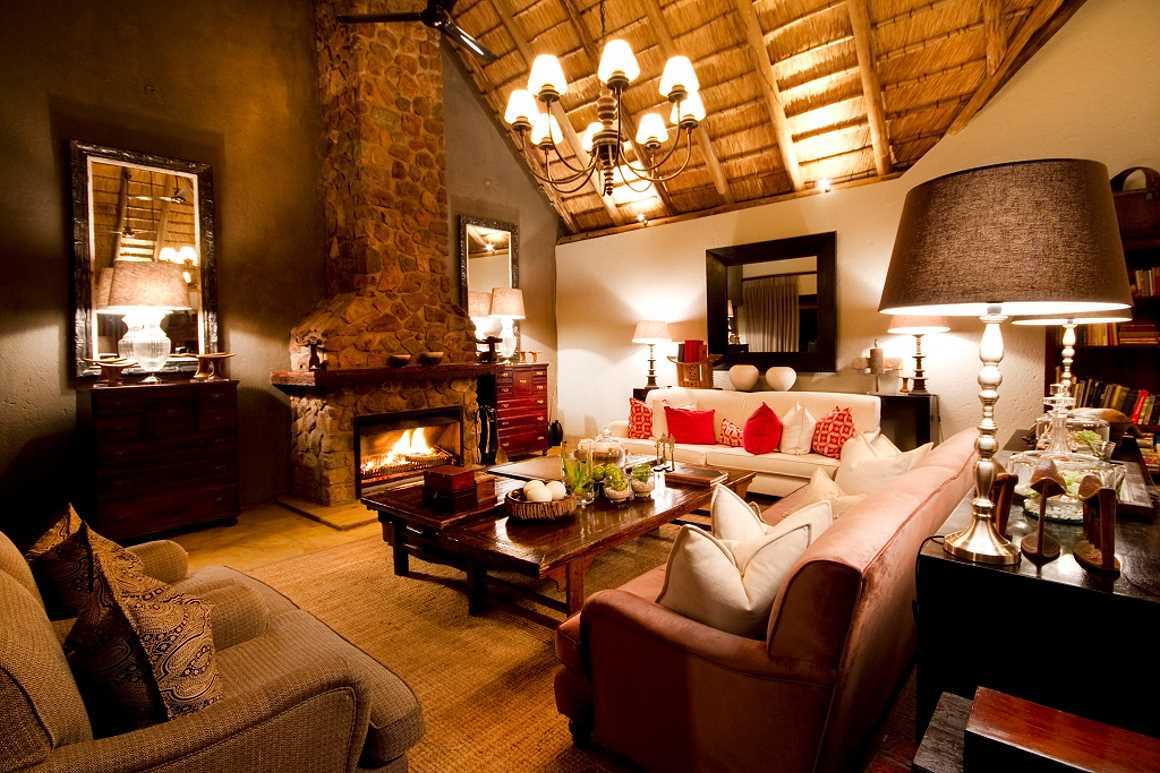 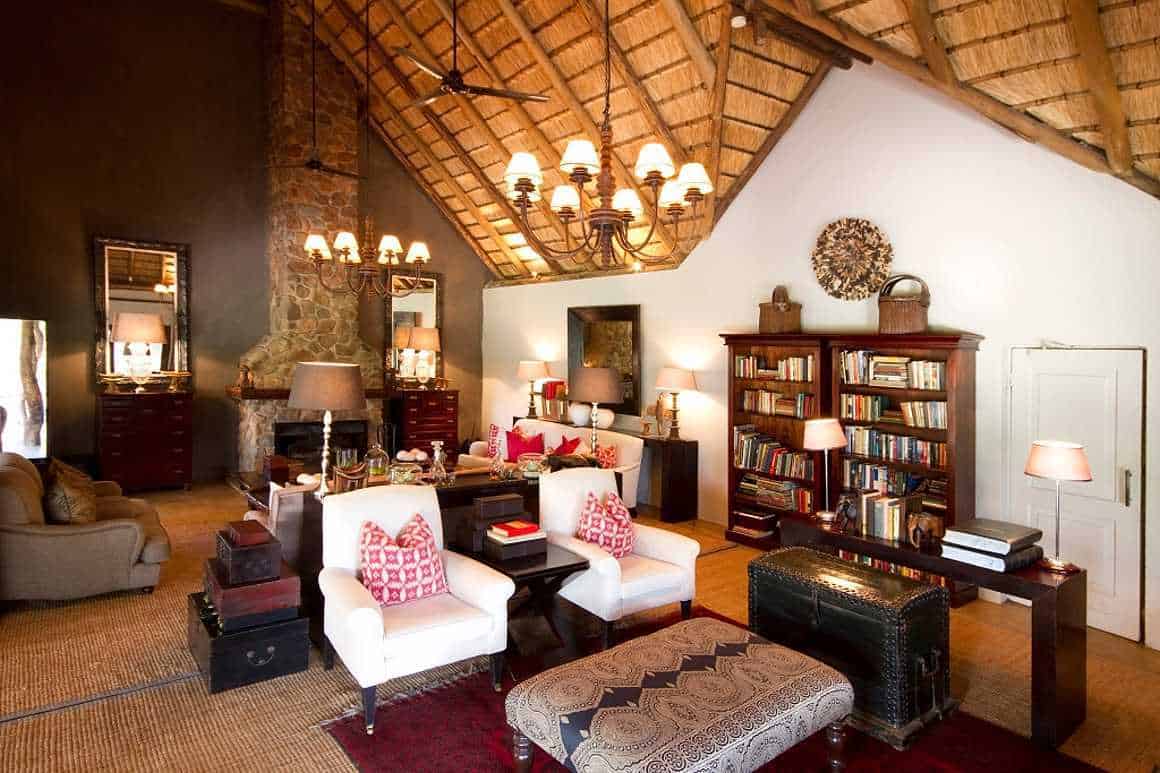 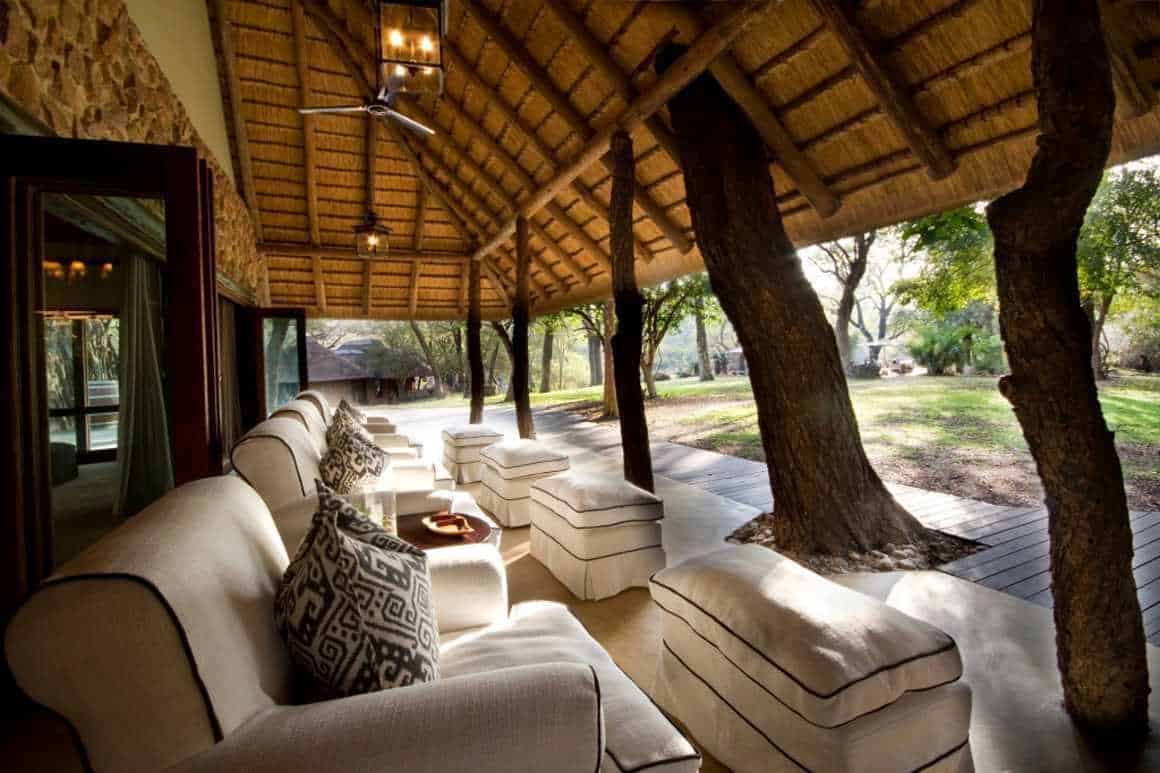 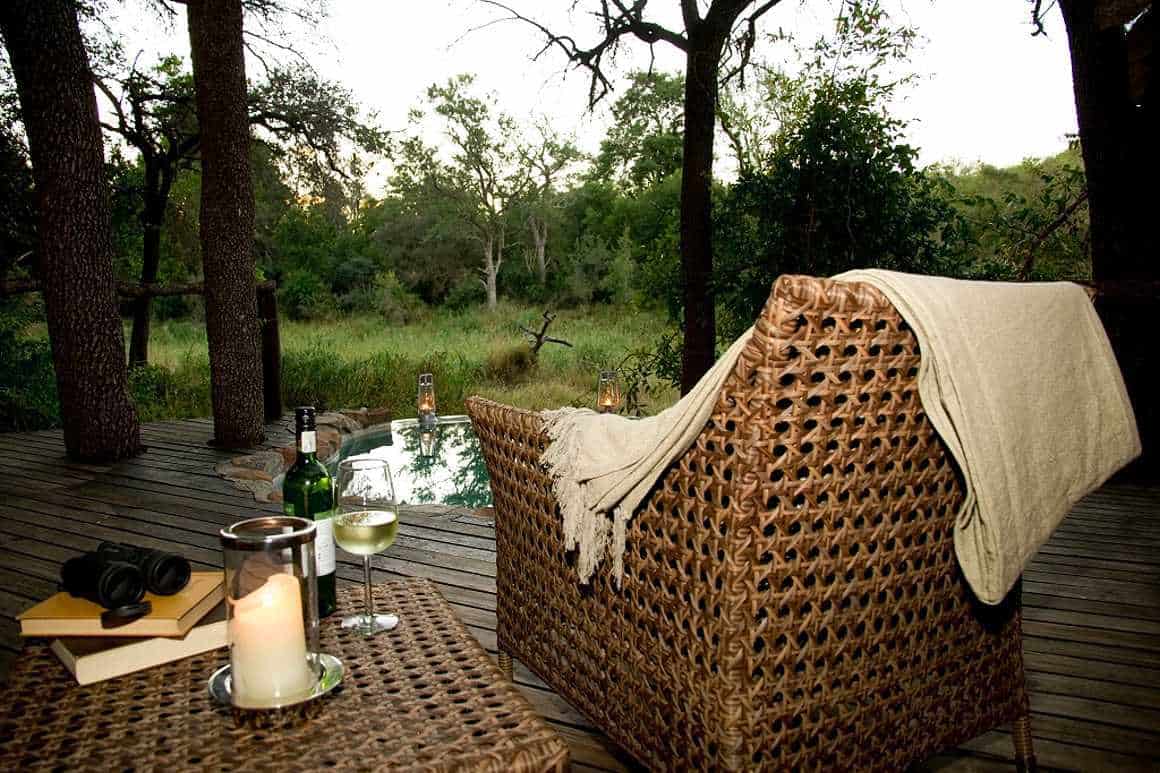 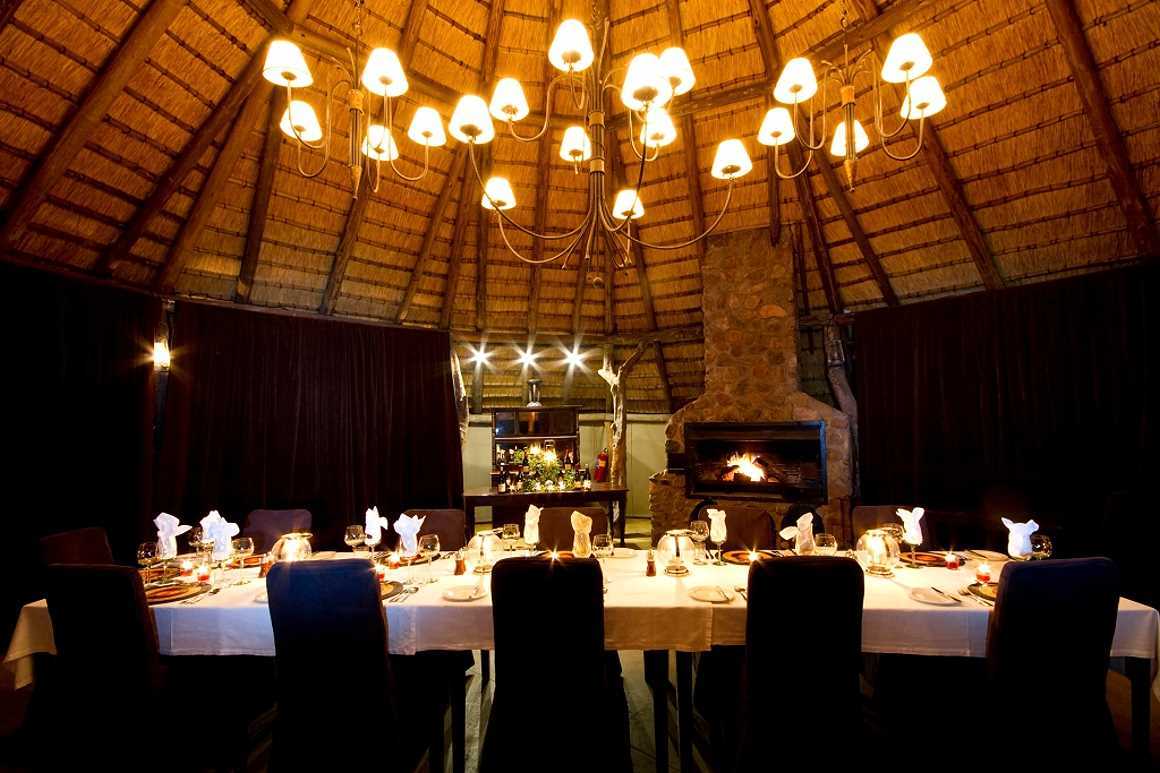 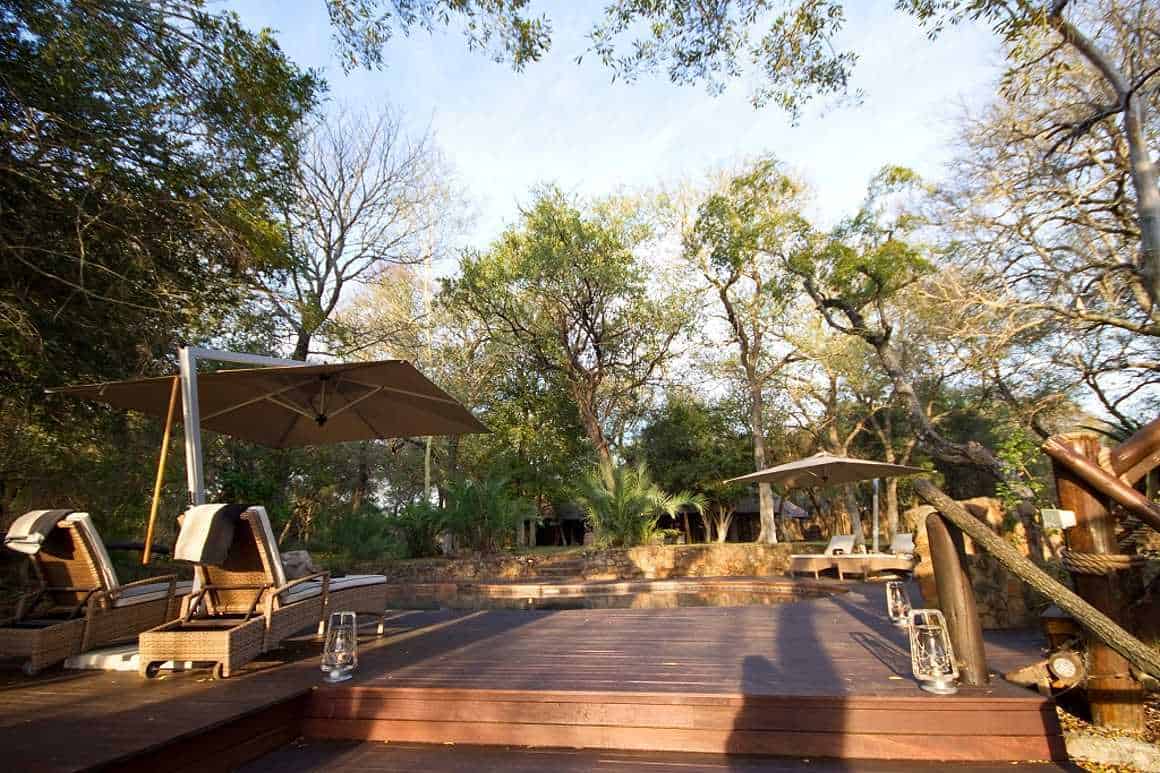 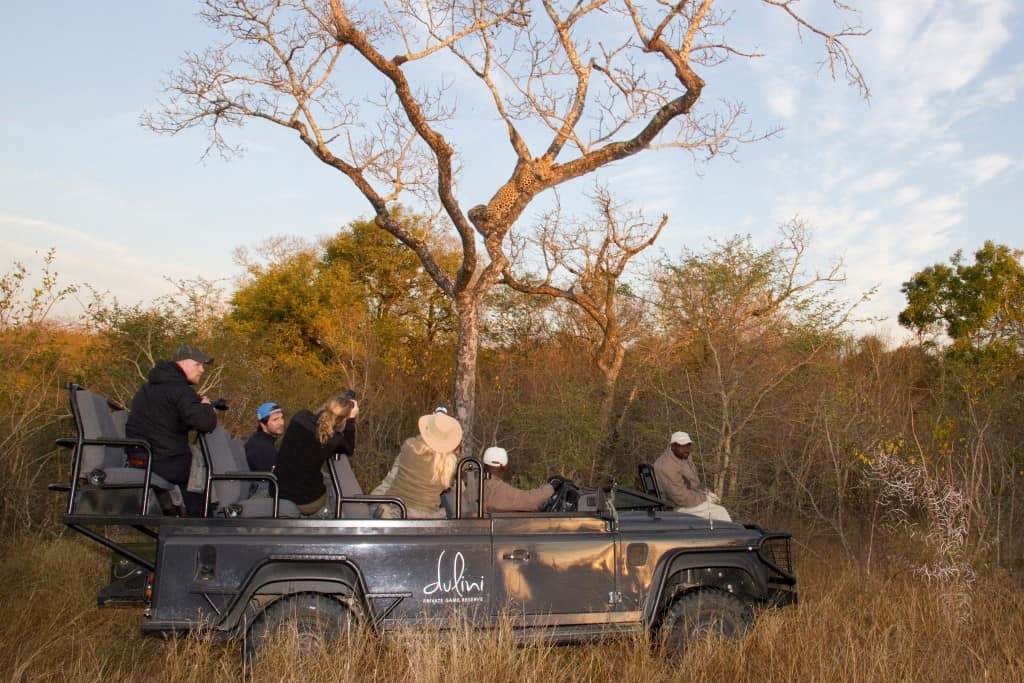 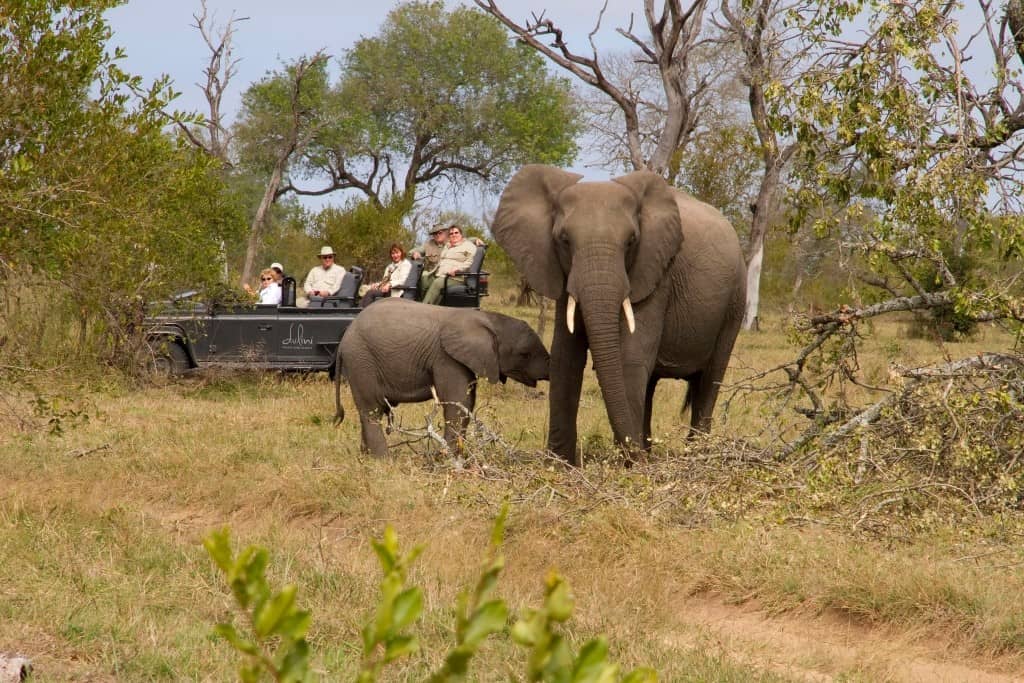 Each suite is individual in character ranging from the old world charm of the Classic Safari Suites; a marriage of African and colonial elegance in the African Heritage Suites; and ethnic tranquility in the African Contemporary Suites. The subtle blend of pan-African art and the traditional safari theme, achieves an enchantingly eclectic style epitomizing the African Renaissance.

Each day at Dulini Game Reserve offers an inspirational immersion in conservation and harmony. The vast knowledge and interpretive skills of your ranger and tracker, who escort you in an open Land Rover, make for an exceptional wildlife encounter.

Bird-watching and dining under the ancient Jackalberry Tree, a brisk work out in the well-equipped gym, or simply relaxing in privacy beside the sparkling pool on the deck of your suite offer delightful diversions for those resistant to the seduction of siesta.

The gift shop and an extensive library of natural history reference works, further enhance the experience.

Tribute is paid to the magnificence of the African sunset at a sundowner’s stop, after which the nocturnal adventure continues.

At Dulini Game Reserve delicious bush cuisine is served under the canopy of stars in the traditional Boma where endless yarns of an exciting day are spun around the log fire.

These wooded habitats provide the ideal conditions for leopard, bushbuck and a variety of shade-loving birds. Rock outcrops (koppies) north of the Sand River support trees such as large-leaved rock fig and jacketplum.

Guests are extremely likely to see territorial and individually recognizable leopard and lion which are tracked on a daily basis. Several clans of spotted hyena den in collapsed termite mounds. Impala are the most abundant antelope, with common waterbuck and grey duiker also frequently seen. Greater kudu, bushbuck and nyala favour thickets and riverine forest, whilst buffalo herds graze in tall grasslands. Waterholes attract elephant, white rhino, giraffe and warthog and many other African wildlife species during the dry season (May to October). Cape clawless otter and hippo are resident in the Sand River. Nocturnal white-tailed mongoose, African civet and large-spotted genet are frequently encountered on night game drives. Rock hyrax and klipspringer live on rocky outcrops.

There are more than 300 bird species recorded in the Sabi Sand. White-crested helmetshrike, lilac-breasted roller, brown-headed parrot, emerald-spotted dove and scarlet-chested sunbird are among the colourful savanna residents. Woodland kingfisher, red-chested cuckoo and Wahlberg’s eagle are breeding visitors from tropical Africa during the wet summer months (October to March). The distinctive call of African scops-owl punctuates the night throughout the year. Crested francolin and helmeted guineafowl wonder on sand tracks during the early mornings and late afternoons. Saddle-billed stork, grey heron and pied kingfisher feed at waterholes and pools in the Sand River.

Large golden orb-web spiders hang their webs in dense vegetation. Chains of processionary caterpillars are conspicuous as they cross sand tracks at the end of summer (April to May). Dung beetles actively go about their business where elephant and rhino have been. Tree monitor and water monitor are frequently encountered in savanna and riverside habitats respectively. Nile crocodiles are resident in the Sand River. Large leopard tortoise and flap-necked chameleon are other interesting reptiles. The conspicuous meringue-like nests of foam-nest frogs hang above waterholes after summer rains and 18 species of frog may breed in seasonal waterbodies.