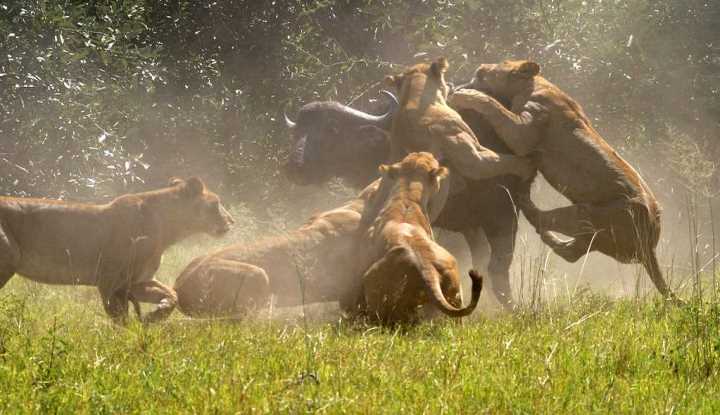 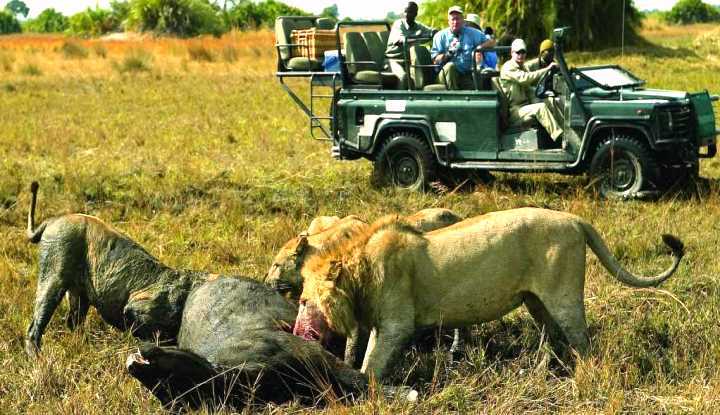 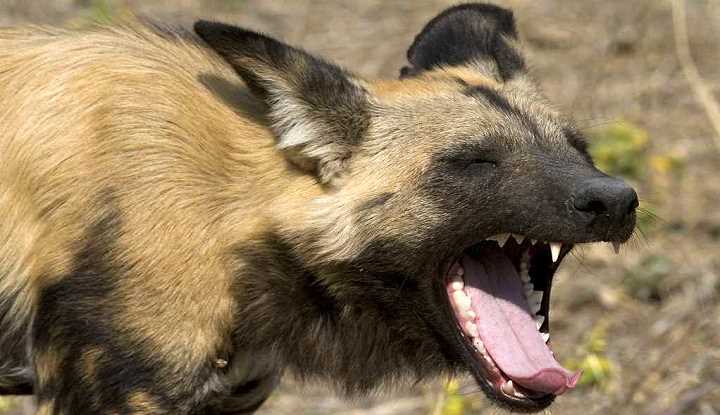 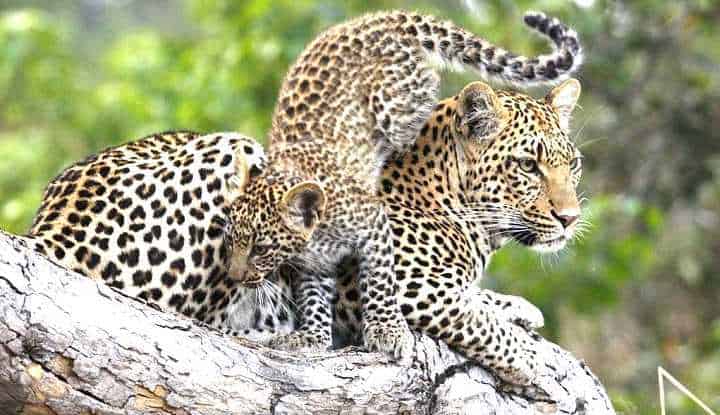 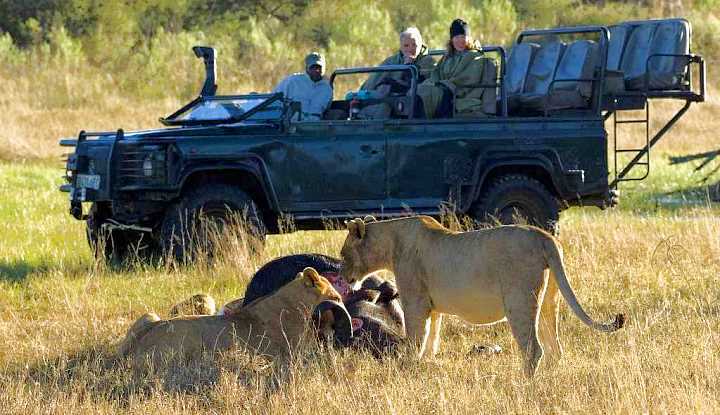 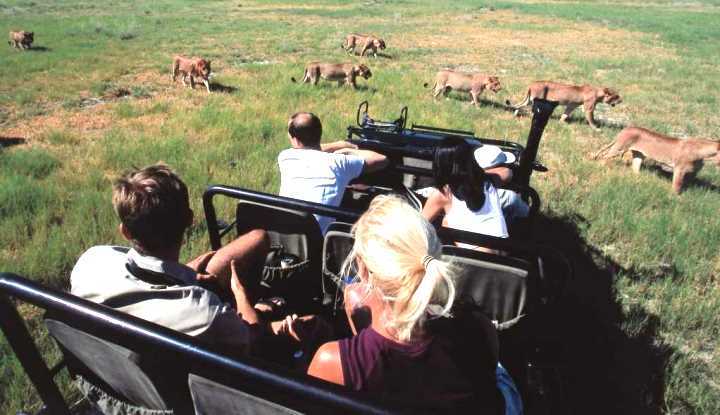 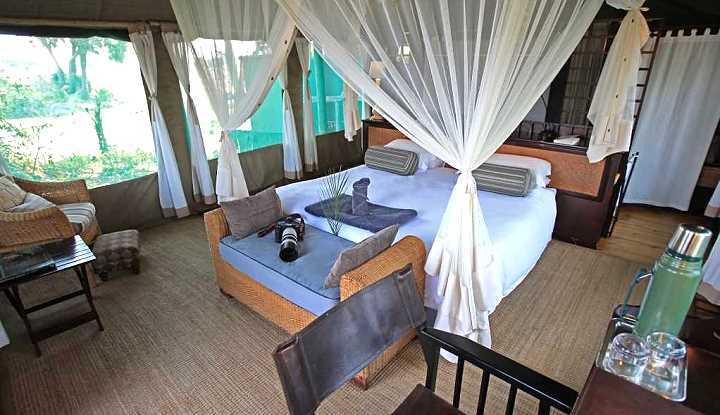 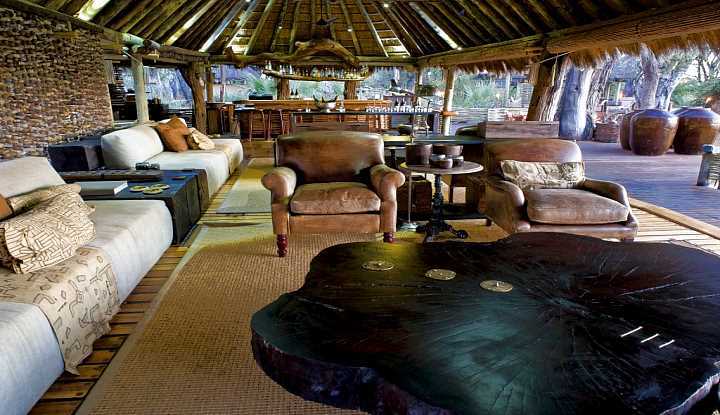 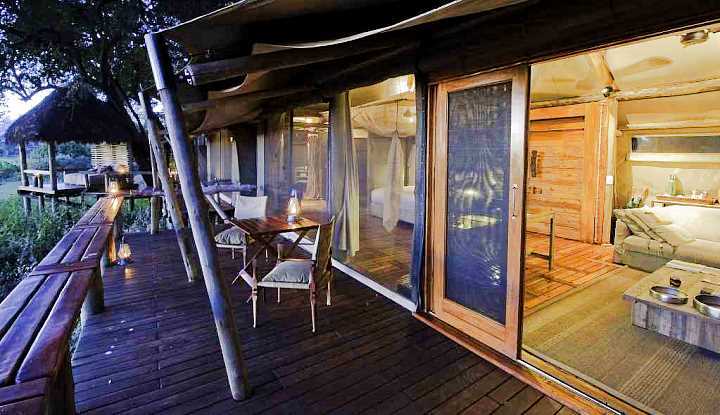 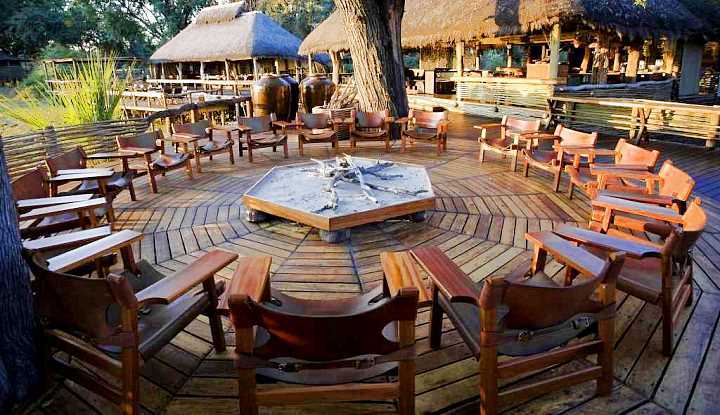 On The Ultimate Predator Safari you will visit Mala Mala Game Reserve in the world famous Sabi Sands Reserve in South Africa where National Geographic film-maker Kim Wolhuter resided and then Duba Plains Camp and Mombo Camp in the Okavango Delta in Botswana both of which have been hosts to National Geographic film-makers Dereck and Beverley Joubert. If its Predators you want then this is the Safari for you.

The Safari starts and ends in Johannesburg and is fully inclusive of return airfares, transfers, accommodation on a full board basis (all meals, game drives and walks) and Park Fees.

This Safari runs every day of the year and can also be customised to suit your personal preferences.

Upon arrival at ORT International Airport in Johannesburg, South Africa you will be welcomed by Mark and Celeste who will provide you with all your documents.

PLEASE NOTE: The Federal Air shuttle service from ORT to the Sabi Sands departs in the morning so if you arrive later in the day then you will spend your first night at the ORT City Lodge and commence the safari the following morning as per the Itinerary below.

Day 1 – This morning you will depart on your 1 hour 10 min flight direct to Mala Mala Game Reserve for 3 nights. Accommodation will be at Main Camp.

Mala Mala is undoubtedly the finest Game Viewing destination on the African sub-continent. Many Wildlife Documentaries have been made at Mala Mala and many have won international awards.

Day 4 – This morning after breakfast and your morning game drive (time permitting) you will be transferred by private charter to Duba Plains Camp in the Okavango Delta for 3 nights.

Day 7 – This morning after your game drive and breakfast you will be transferred by light aircraft to Mombo Camp in the Okavango Delta for 3 nights.

Mombo Camp is one of the most sought after game viewing destinations and it is here where Dereck and Beverley filmed “Eye of the Leopard” another award winning wildlife documentary.

Day 10 – This morning after your game drive and breakfast you will be transferred by light aircraft back to Maun in time for your scheduled flight back to Johannesburg.