Busanga Bush Camp in the north-western section of the Busanga is about as ‘wild’ as you can get in today’s world: an unfenced mosaic of expansive grassy seasonal floodplains and “dambos” (open grassy areas that sometimes will fill up with rainwater). This camp is perfectly situated for some of the best lion viewing in Africa. It caters for 8 guests in 4 well-appointed rooms built of reed and canvas with wall-to-wall views of the spectacular wildlife that frequents the plain in front of the camp. Activities include game drives and night drives, led by qualified guides who are extremely knowledgeable about the area and its wildlife. For those interested in birding, the park boasts 491 species, including endemics such as Chaplin’s Barbet. 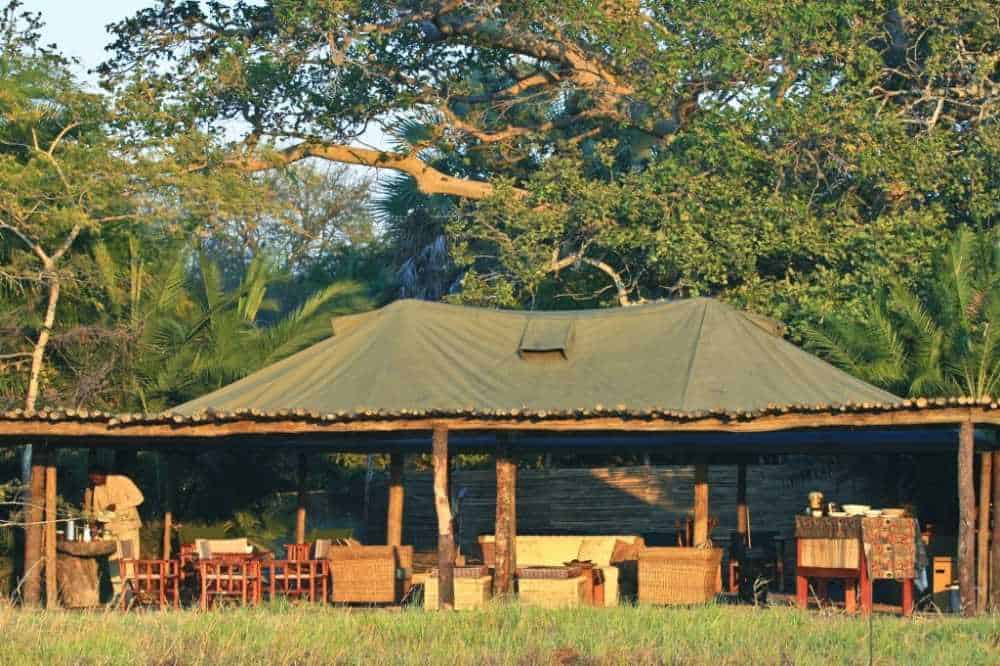 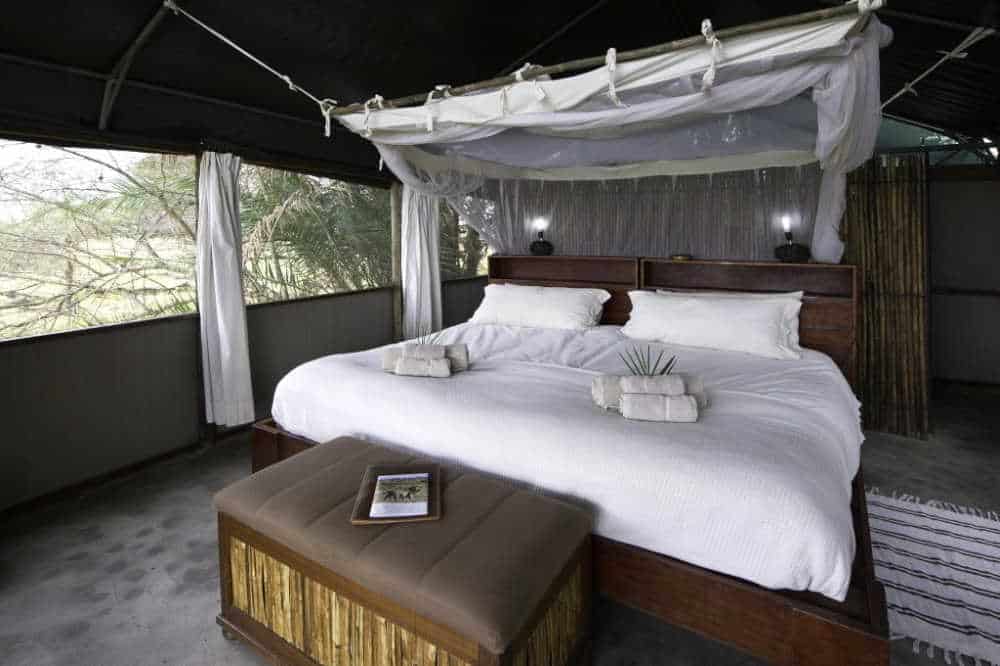 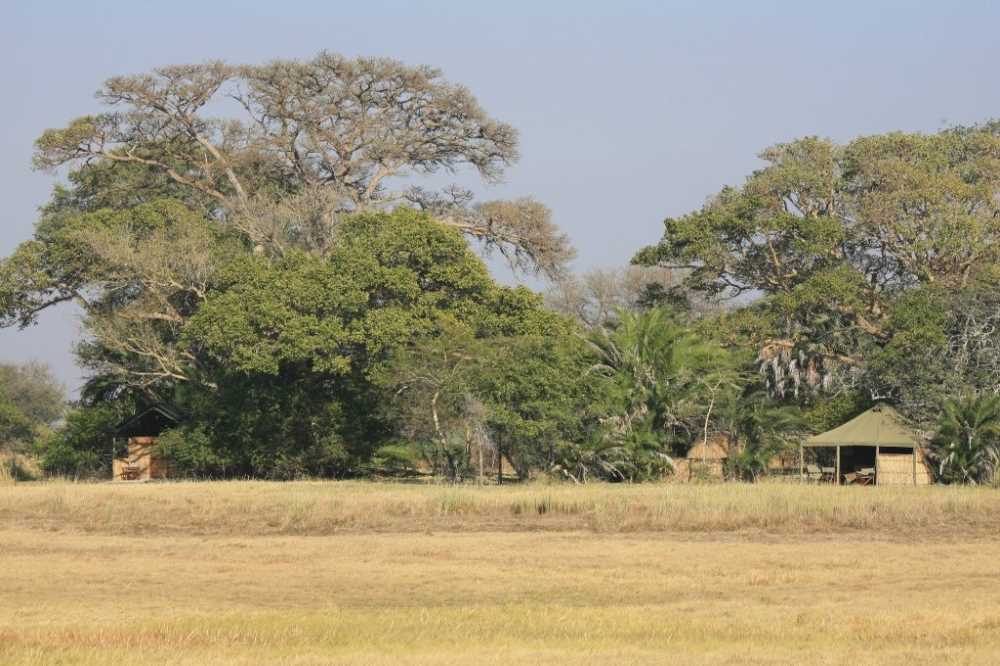 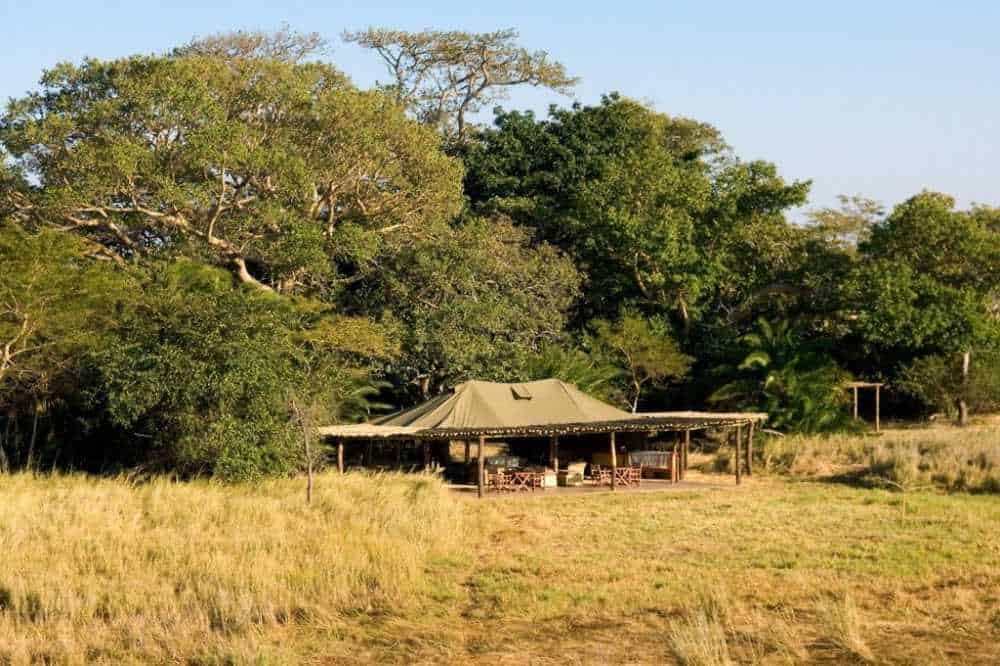 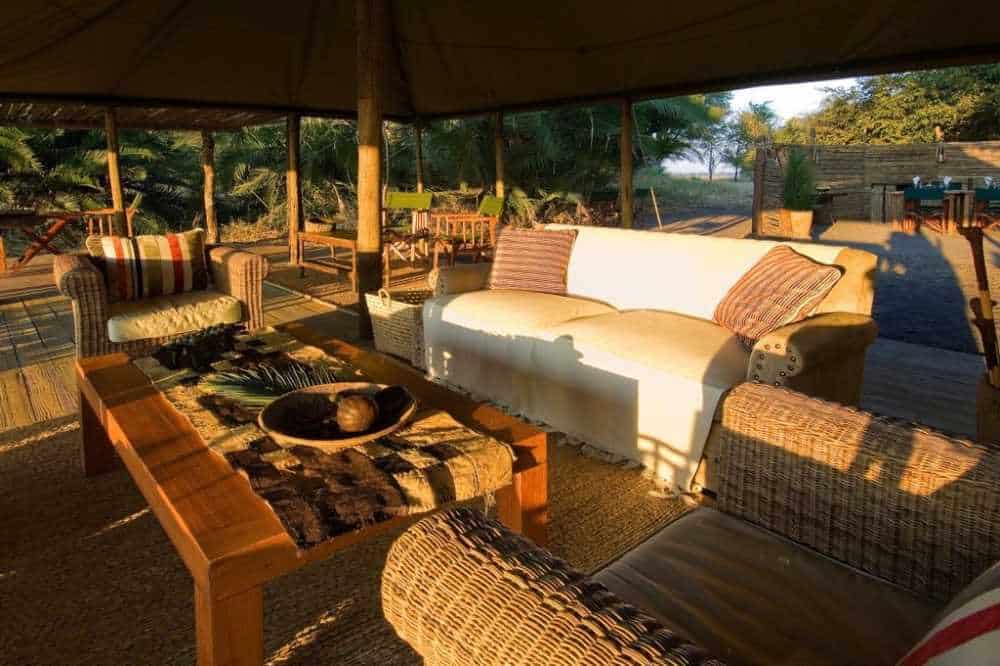 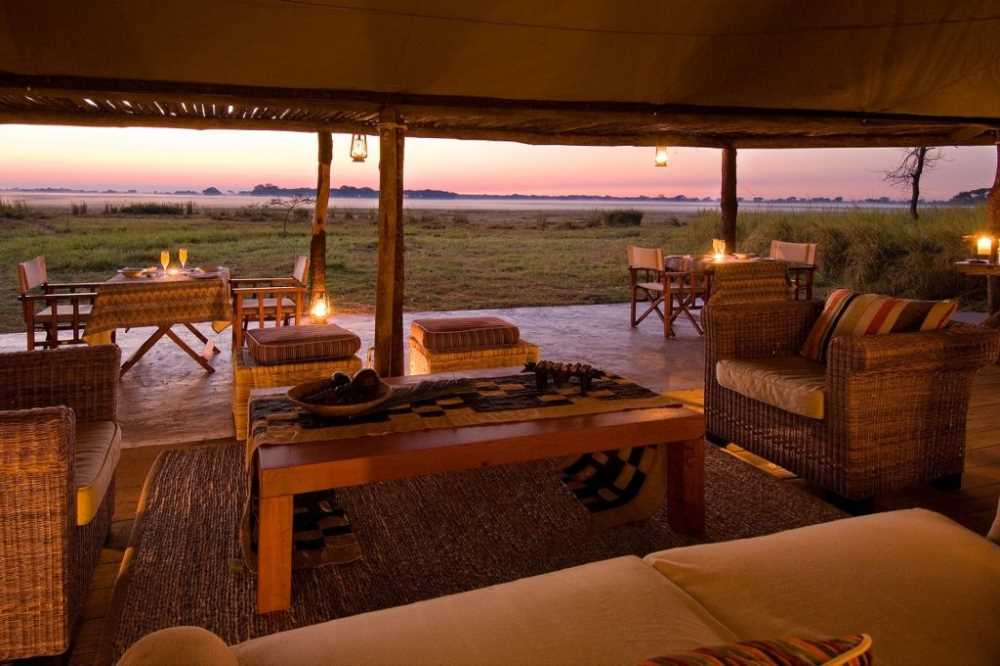 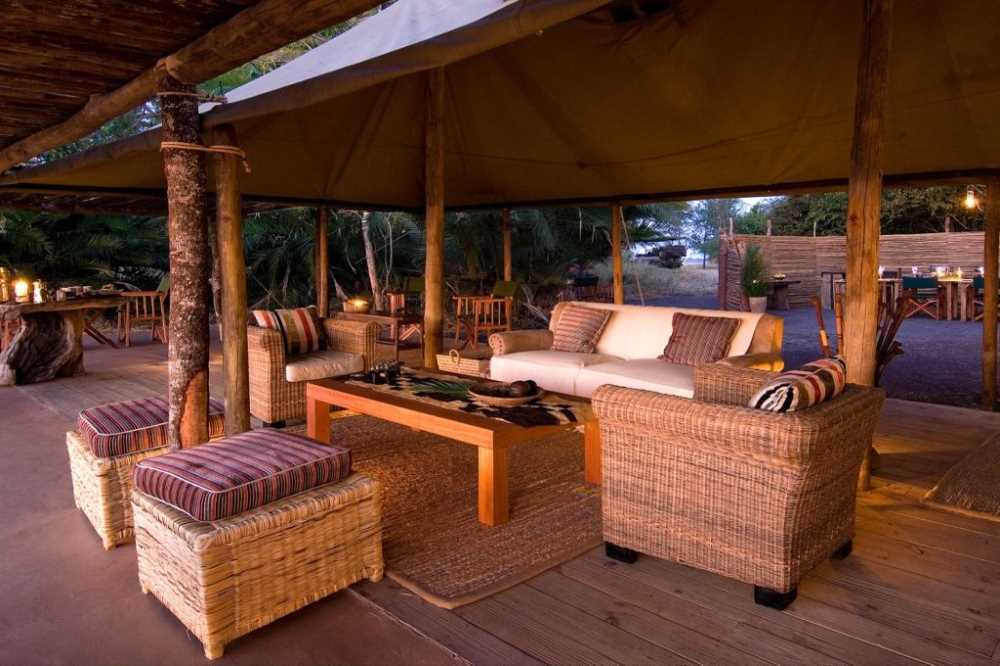 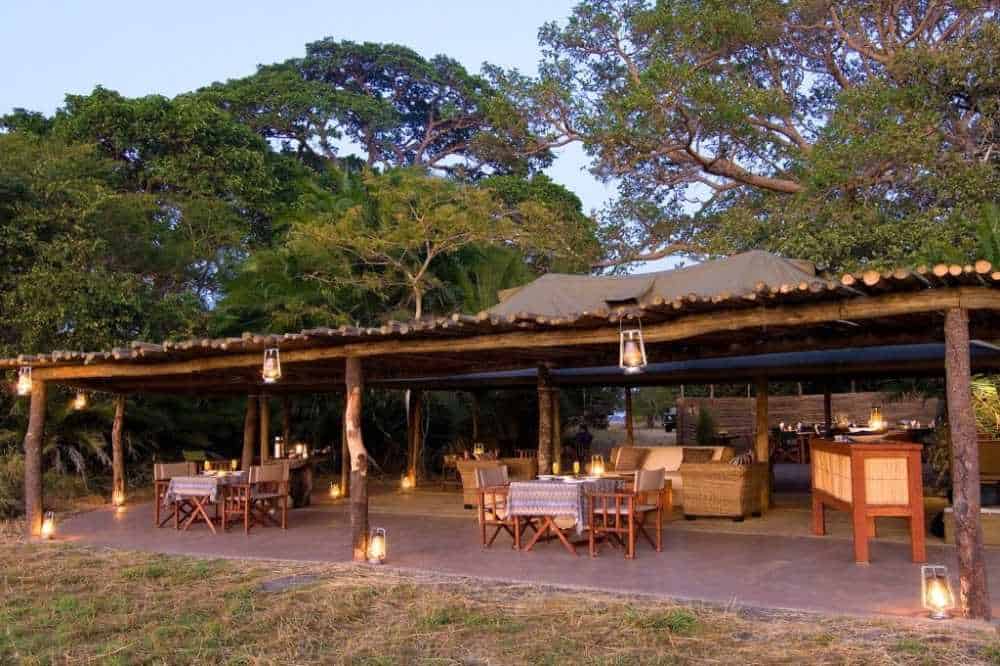 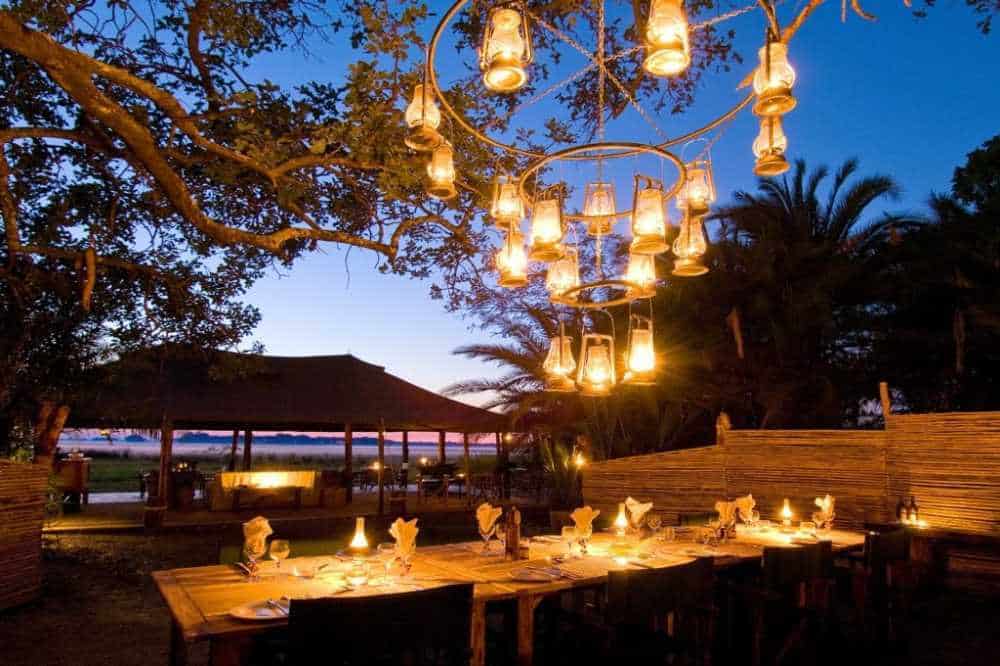 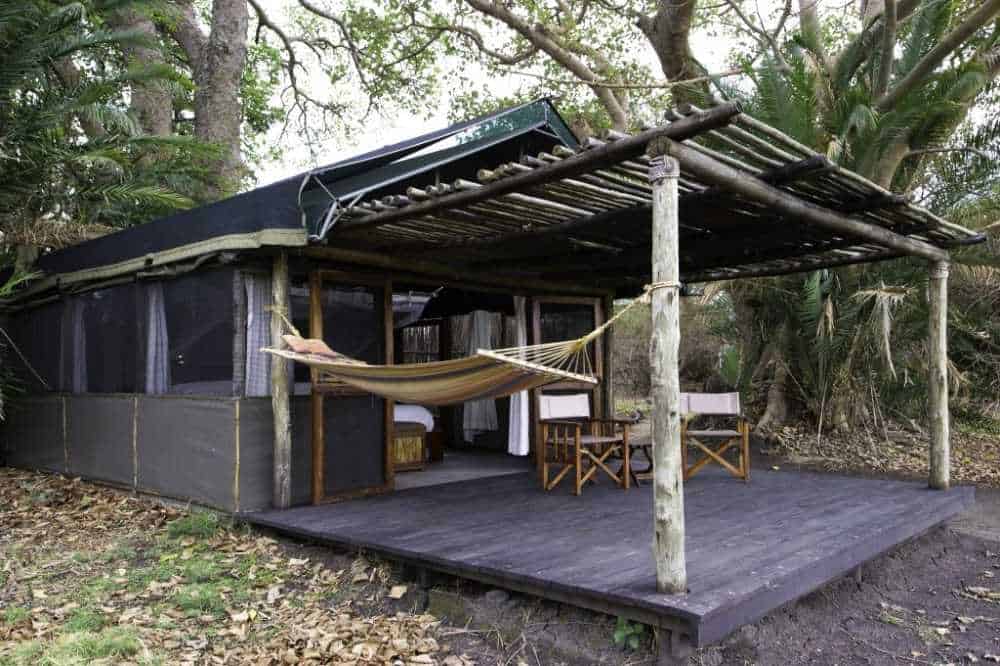 The Busanga Plains cover an area of approximately 750 sq km and Busanga Bush Camp is located in the centre of this wildlife paradise. The Plains are home to hundreds of red lechwe, ubiquitous puku, stately roan and the diminutive oribi. Lichtenstein’s hartebeest, herds of wildebeest, zebra and buffalo make for a full set of antelope. This wealth of game on the plains is also a big attraction for predators, including wild dog, cheetah and prides of lion.

The beauty of the Kafue National Park – and the Busanga Plains in particular – is evident in its diverse habitats with floodplains, miombo woodland and open grassy areas known as dambos – creating a paradise for wildlife and birdlife. The Park boasts 55 large mammal species – including 20 antelope and 6 cats – and 491 bird species, including the endemic Chaplin’s Barbet.

The Busanga area is home to thousands of red lechwe, ubiquitous puku, stately roan and sable as well as the diminutive oribi and blue duiker. Defassa waterbuck, herds of Lichtenstein’s hartebeest, zebra and buffalo make for a full set of antelope. This wealth of game on the plains is also a big attraction for predators, with cheetah, leopard and African wildcat often seen, wild dog, pangolin, and caracal spotted occasionally, and prides of lion up to 20 strong.

The birdlife is certainly an attraction for many people visiting the Busanga Plains, including five species of rollers, six bee-eaters, nine kingfishers and fourteen egrets and herons. There are also specials, such as Wattled and Crowned Cranes, Fulleborn’s and Rosy-throated Longclaws, Lanner Falcon and large flocks of Open-billed and Yellow-billed Storks.