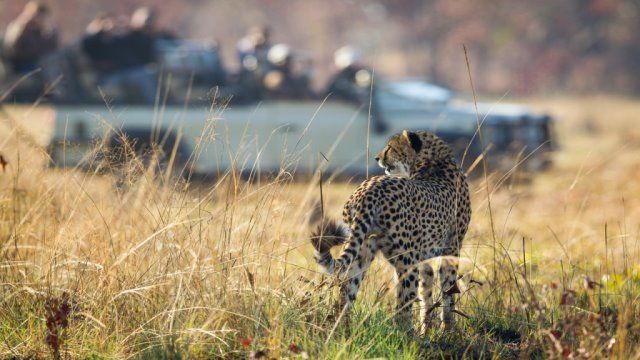 The Kafue National Park is 22 500 sq km, one of the largest National Parks in Africa. In the extreme north of the Kafue lie the Busanga Plains – one of Zambia’s most significant wetland resources and one of the few areas in the world that remain untouched by development and human activity.

The deep and clear Lunga River is the largest tributary of the Kafue River and flows north to south through a mosaic of miombo woodland, riverine woodland and grassy dambos in the north east of the Park. Species like puku and impala are abundant while roan and Lichtenstein’s hartebeest occur in lower densities. Viewing of buffalo herd and elephant bulls is good while lion and leopard are regularly encountered. Additional interesting species in the form of yellow baboons and tree hyrax occur in the vicinity of the camp while a high density hippo population occurs in the Lunga River.

The Busanga Plains cover an area of approximately 750 sq km and Busanga Bush Camp is located in the centre of this wildlife paradise. The Plains are home to hundreds of red lechwe, ubiquitous puku, stately roan and the diminutive oribi. Lichtenstein’s hartebeest, herds of wildebeest, zebra and buffalo make for a full set of antelope. This wealth of game on the plains is also a big attraction for predators, including wild dog, cheetah and prides of lion.

Ngoma in the south is the headquarters of the park but this area together with the Nanzhila Plains are less visited and have become somewhat run down since the Itezhi-Tezhi Dam was built and more lodges were developed in the north. The reservoir cut the north-south track through the park and now it is necessary to detour outside the park to drive between Ngoma and Chunga.