Davisons Camp lies deep in Hwange National Park, in the south-eastern Linkwasha Concession – one of the best game viewing areas of the entire Park. It is a classic African tented camp, with the units tastefully hidden beneath a grove of false mopane trees, overlooking a waterhole and open plain. 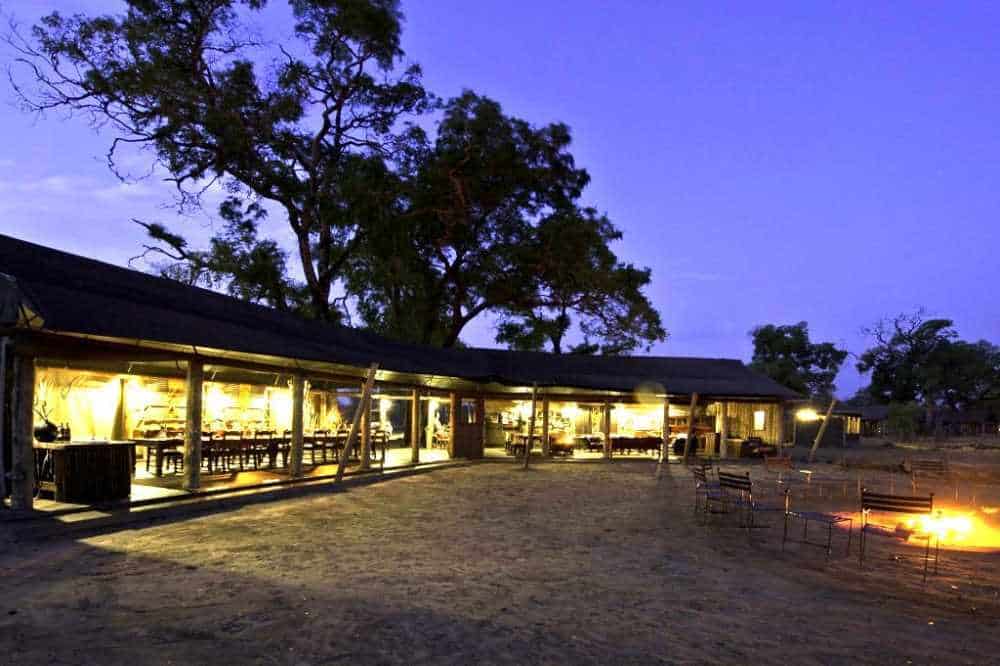 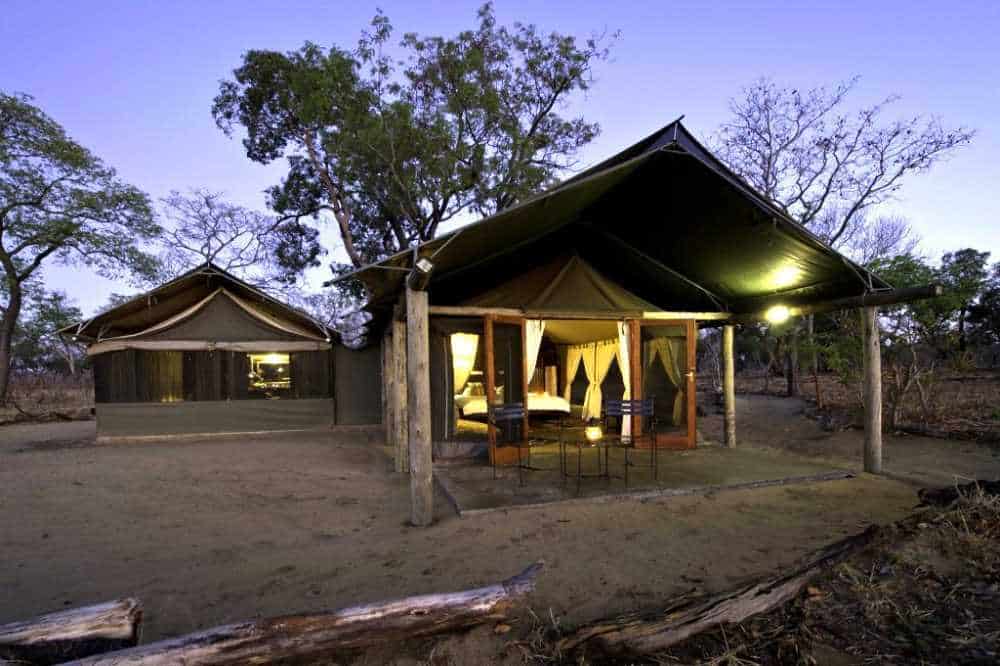 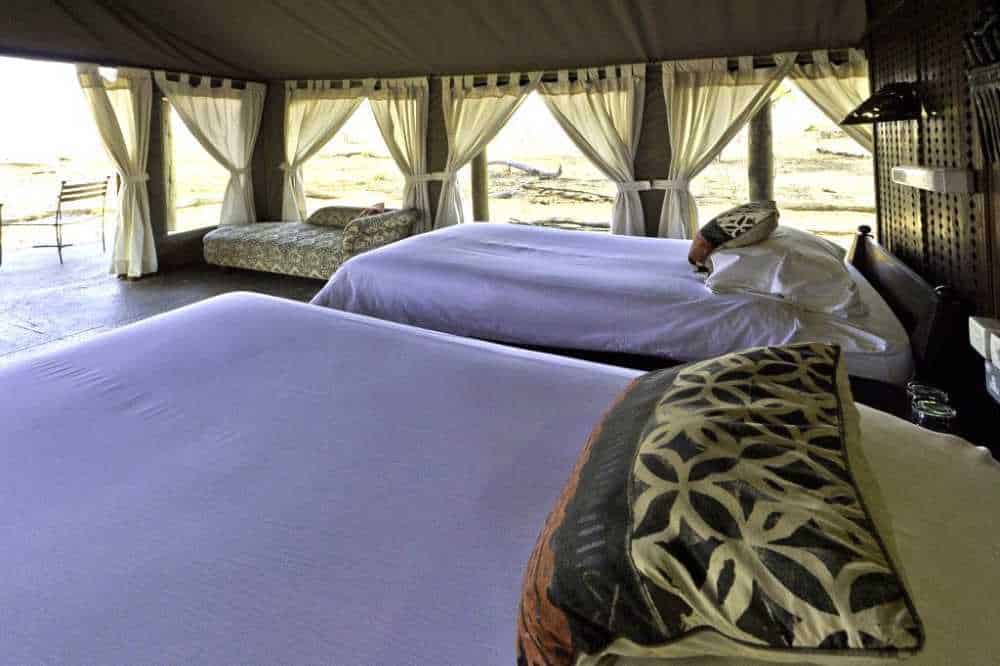 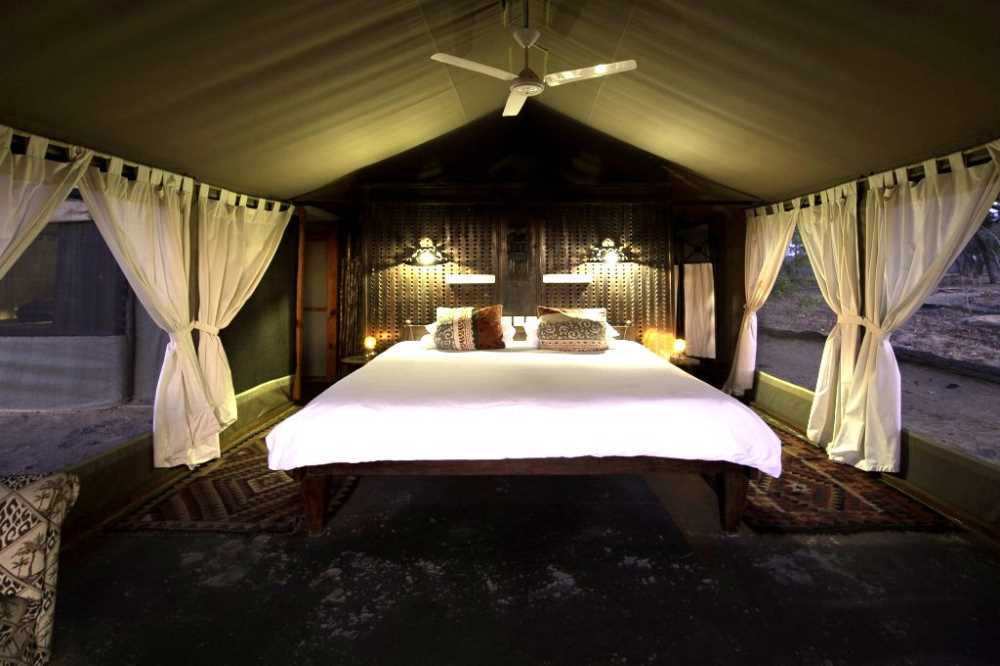 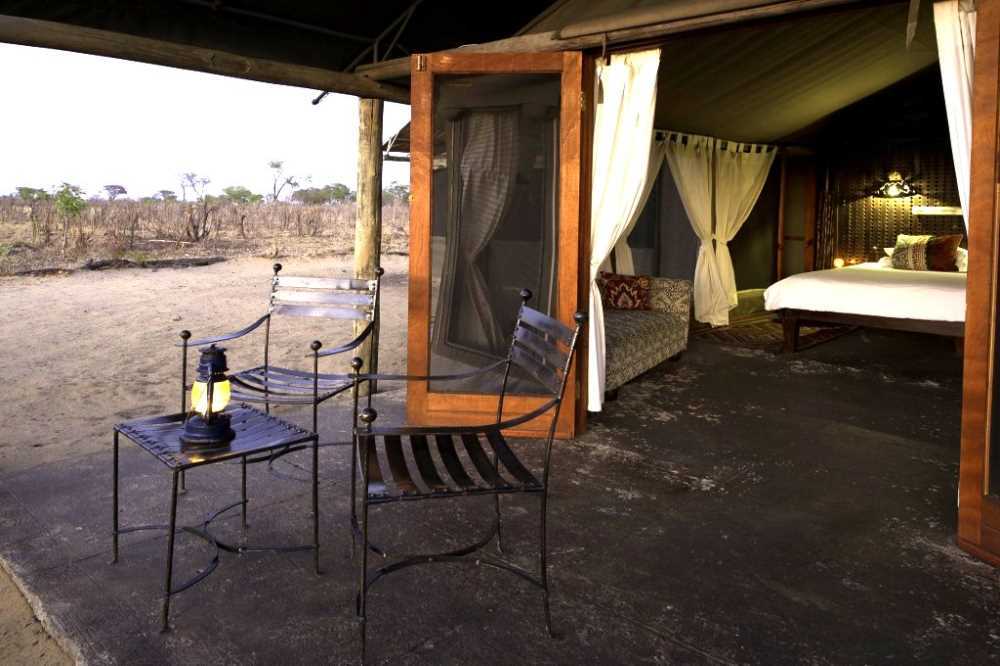 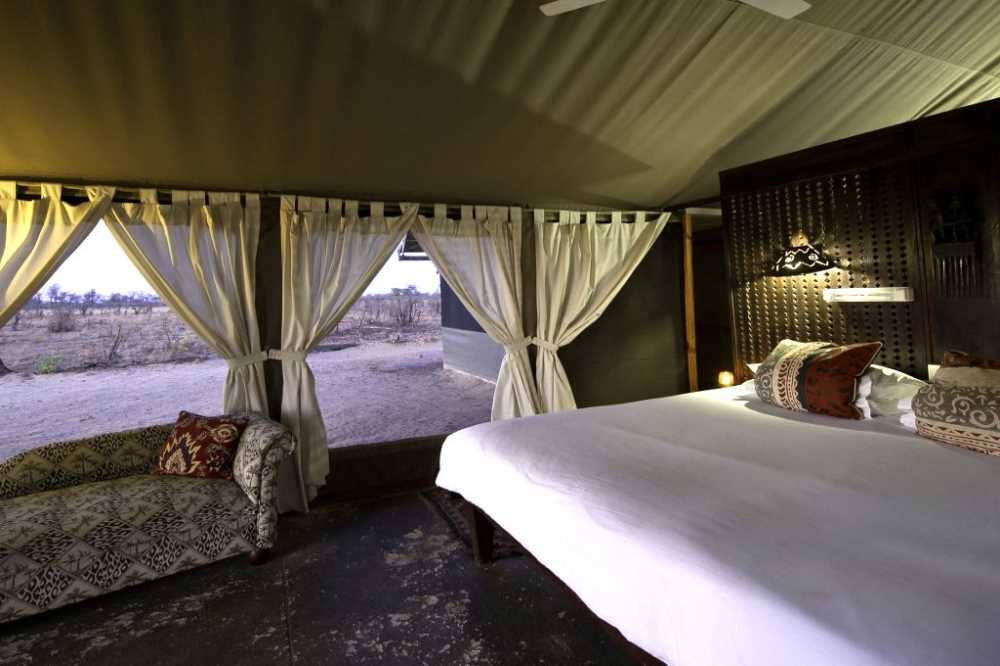 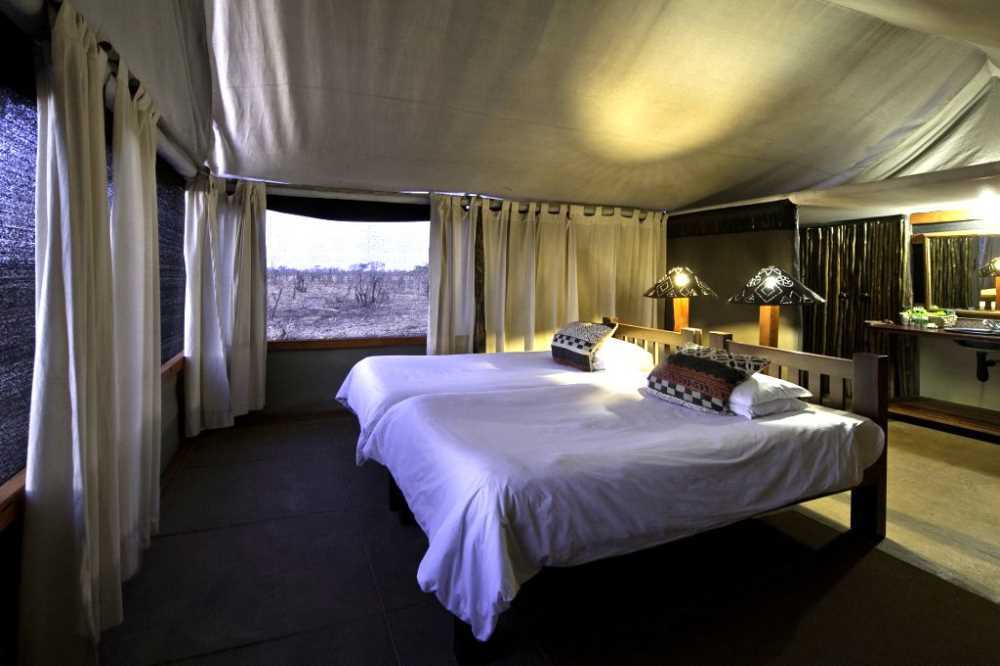 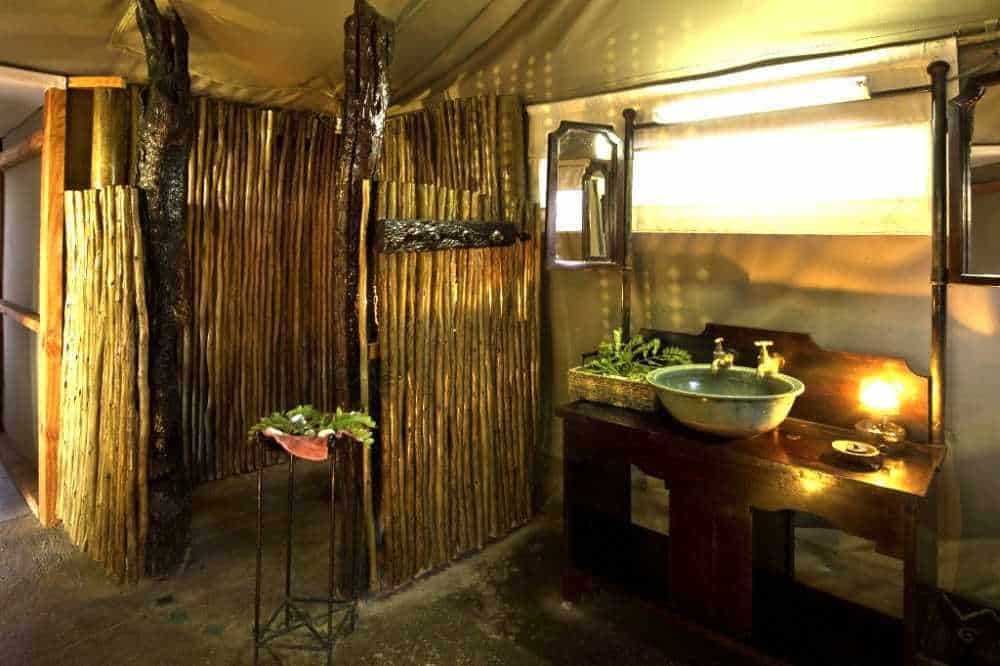 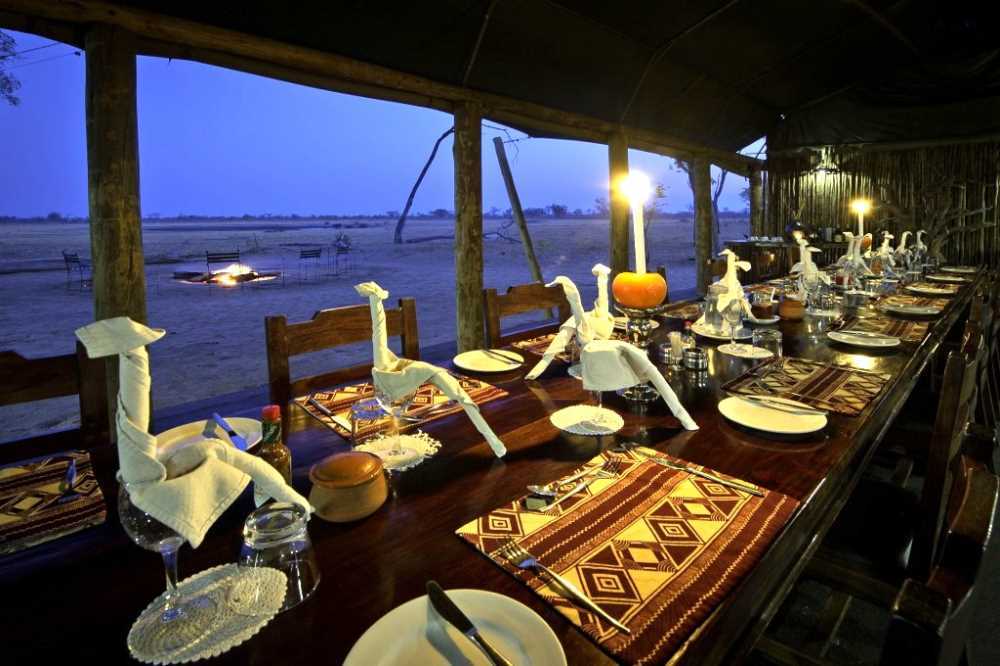 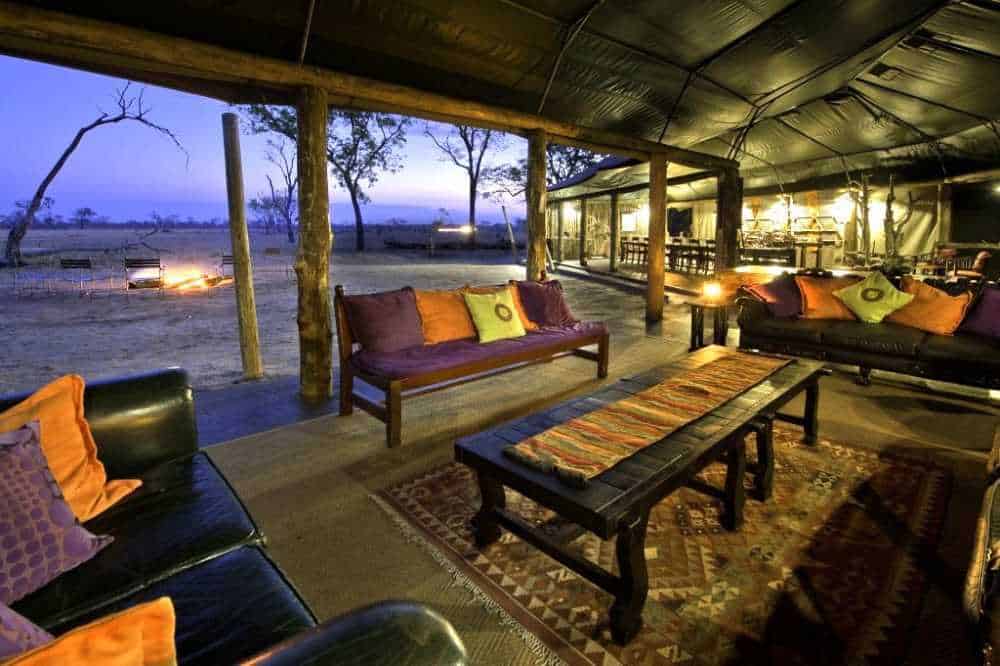 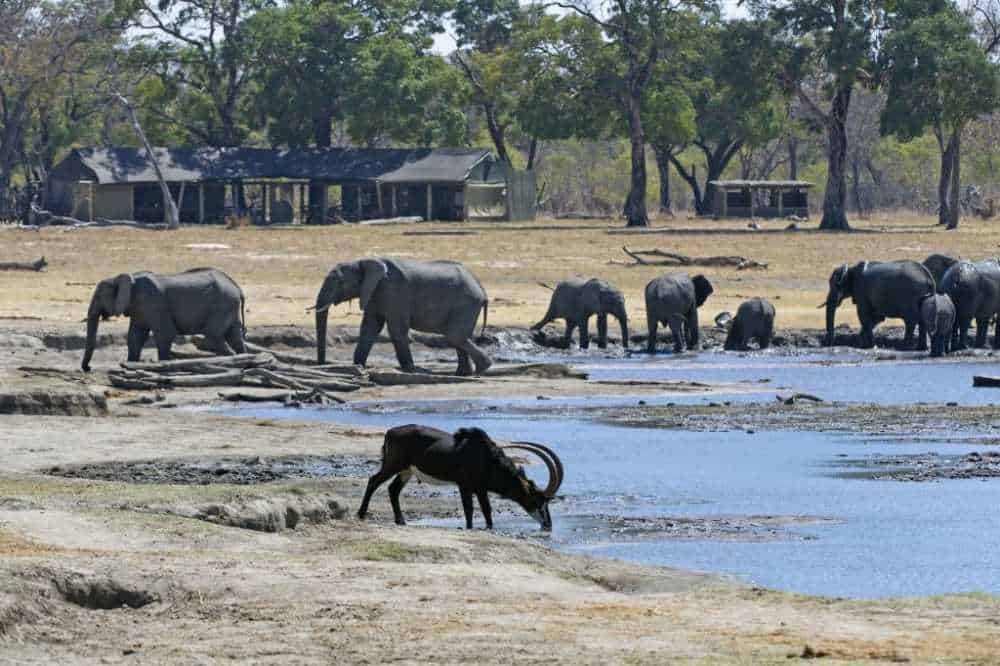 Named after the founder of Hwange National Park and its first warden, Ted Davison, this camp, with its 8 tents and a family tent, offers a wonderful bush experience. Both the tents and the separate main area, comprising a lounge, dining room, and open campfire area, look out over the productive waterhole.

Activities include game drives in open 4×4 vehicles, or guided walks in the early mornings, while during the siesta hours, guests can view wildlife coming down to the waterhole to drink from their tent veranda or the main area.

Game viewing at Davisons Camp is productive year-round in the Linkwasha Concession and wildlife frequently encountered here includes lion, large herds of elephant, buffalo, leopard, white rhino, spotted hyaena, southern giraffe, sable, blue wildebeest, impala, common waterbuck and reedbuck. There are a number of large, open plains areas which make for excellent game viewing; in summer, wildebeest, zebra and eland are found in abundance here, while in winter the waterholes are magnets around which elephant in enormous numbers congregate to drink.

Bird life in the area is prolific (400+) and varied, with species frequenting the teak woodlands as well as those typical of the drier Kalahari being present.

As the concessionaire of a large area in south-eastern Hwange National Park, Wilderness Safaris has taken responsibility for many aspects of the management of this 100 000ha area.

During the dry season, water sources at Davisons Camp become scarce and Hwange has some 57 boreholes to pump water from deep underground to sustain the wildlife in the area. Wilderness Safaris has drilled and supplied engines, piping and the pumps on 18 of the 57 operational boreholes in the entire Park. Since February 2002, we have taken on responsibility for pumping 22 boreholes 24 hours a day, thereby supporting the Department of National Parks and Wildlife Management both logistically and financially. This includes daily refuelling and maintenance and a full oil and filter change every 250 hours!

White Rhino appear to be increasing and in order to bolster and ensure this trend another joint project between Wilderness Safaris, the Zimbabwe Department of National Parks and Wildlife Management and the Wilderness Safaris Wildlife Trust successfully translocated a substantial breeding nucleus of the species into this area of Hwange. The first five animals arrived in July 2007 and were temporarily held in bomas before being released into the wild.

Research on this threatened species as well as lion and wild dog is supported by Davisons Camp, both in terms of logistical support of the researchers themselves and also observations and monitoring conducted while on game drive. In the case of the lion study the long-term effects of sport hunting on the species have been examined by a team from Oxford with the result being a significant reduction by the Department of National Parks and Wildlife Management of the number of lions on quota for sport hunting on lands lying along Hwange’s boundaries.

Hwange National Park is the largest game reserve in Zimbabwe at 14 651 km² with varied habitats and vegetation types. The park is predominately Kalahari sandveld supporting teak and mopane woodlands, dry Acacia scrub and is interspersed with saltpans and grasslands that support enormous species diversity and provide a true wilderness experience.

Located on the border with Botswana, Hwange was proclaimed some 75 years ago and has served as a haven for one of the densest concentrations of game in Africa. In particular, its great herds of Cape buffalo and elephant (nearly 30 000) are a sight to see. With over 100 mammal species, Hwange has some of the highest mammal diversity for any national park in the world, including: slender mongoose, yellow mongoose, banded mongoose, Selous mongoose, dwarf mongoose, honey badger, black-backed jackal, bat-eared fox, side-striped jackal, lesser bushbaby, vervet monkey, Chacma baboon, porcupine, aardwolf, spotted hyaena, pangolin, caracal, leopard, African wildcat, lion, scrub hare, southern giraffe, hippo, springhare, warthog and Burchell’s zebra. Antelope often seen in the area include common duiker, eland, roan antelope, impala, kudu, sable, steenbok, waterbuck and blue wildebeest. White rhino is another special sight to see here; Wilderness Safaris and Safari & Adventure Co. have recently helped translocate a number of these wonderful beasts into the protected park.