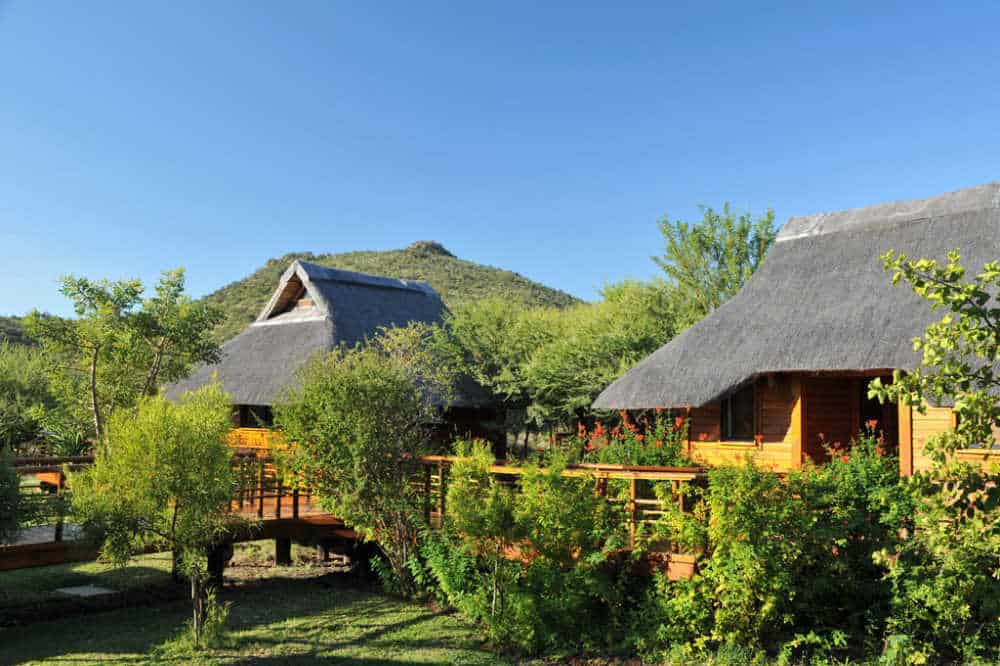 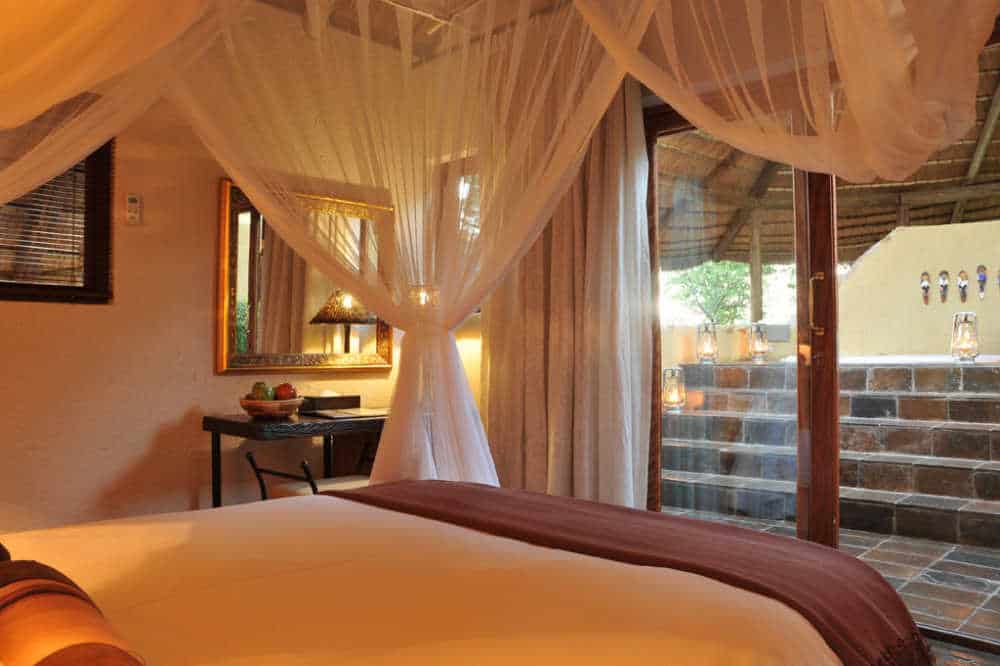 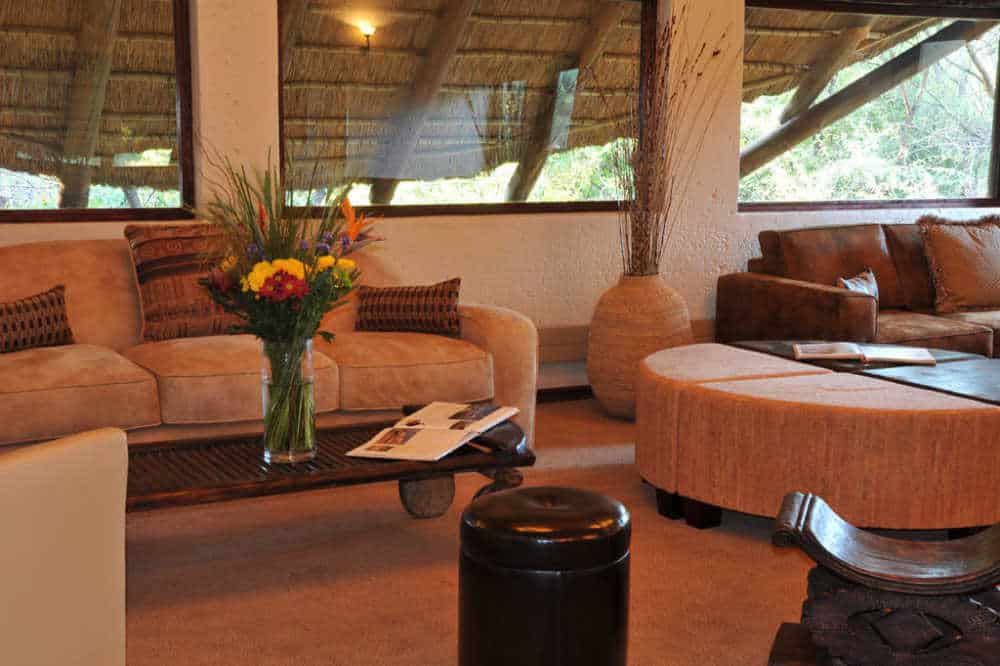 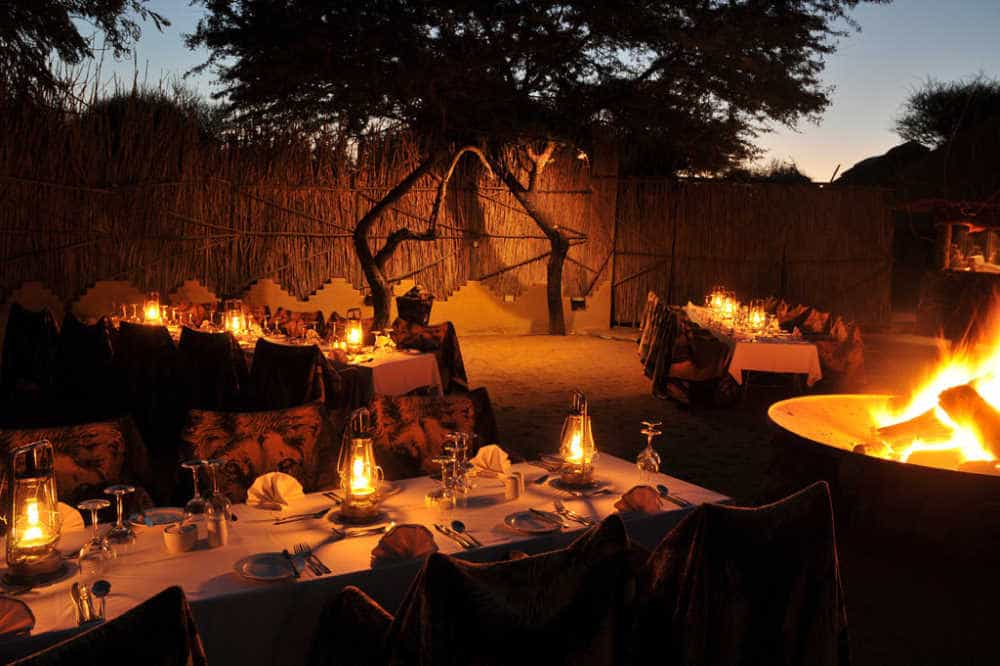 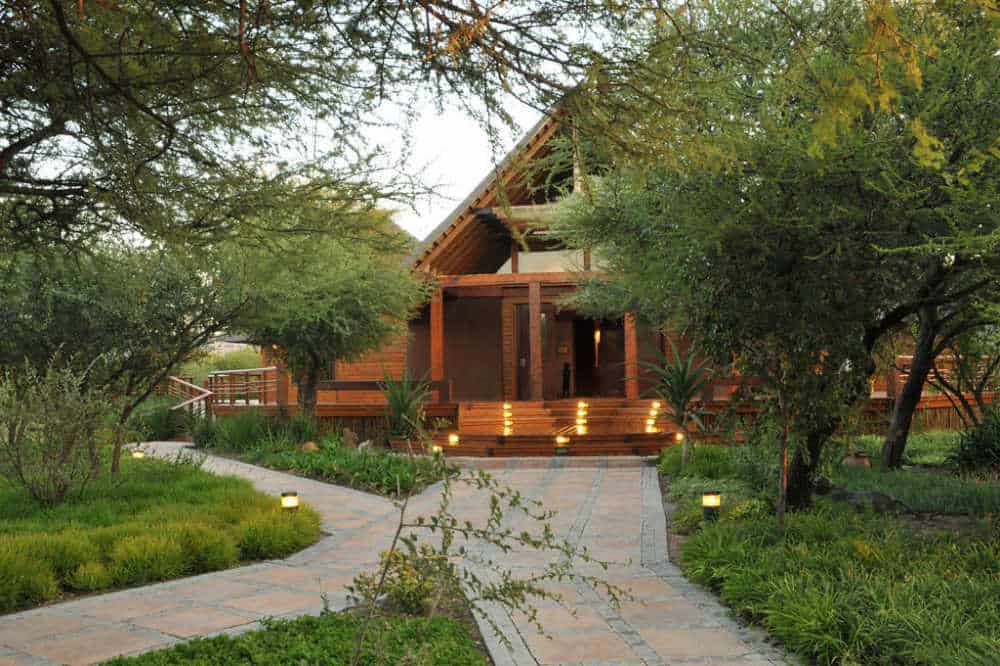 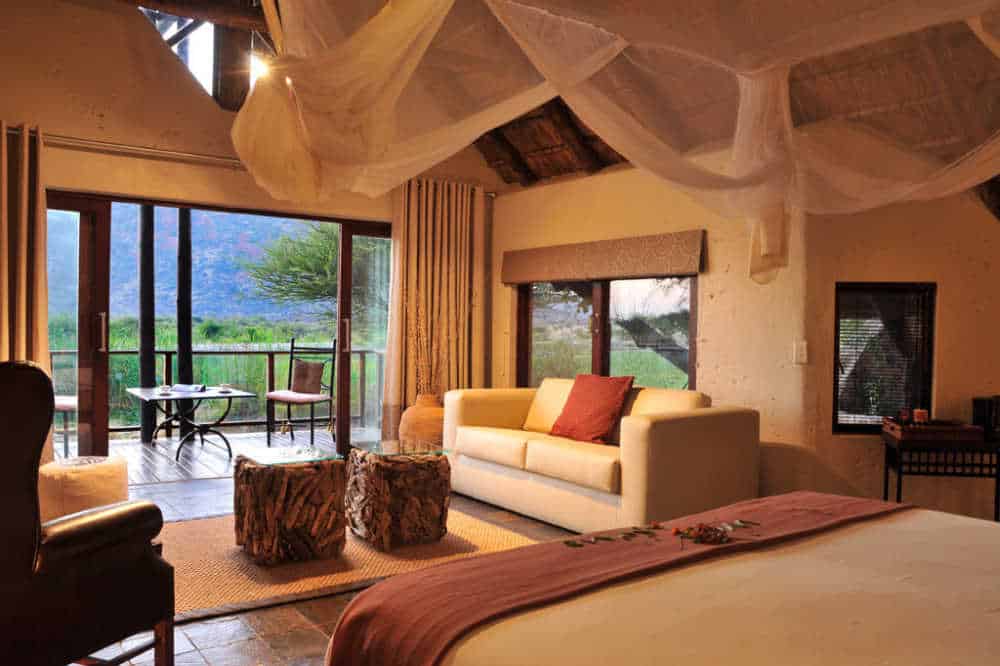 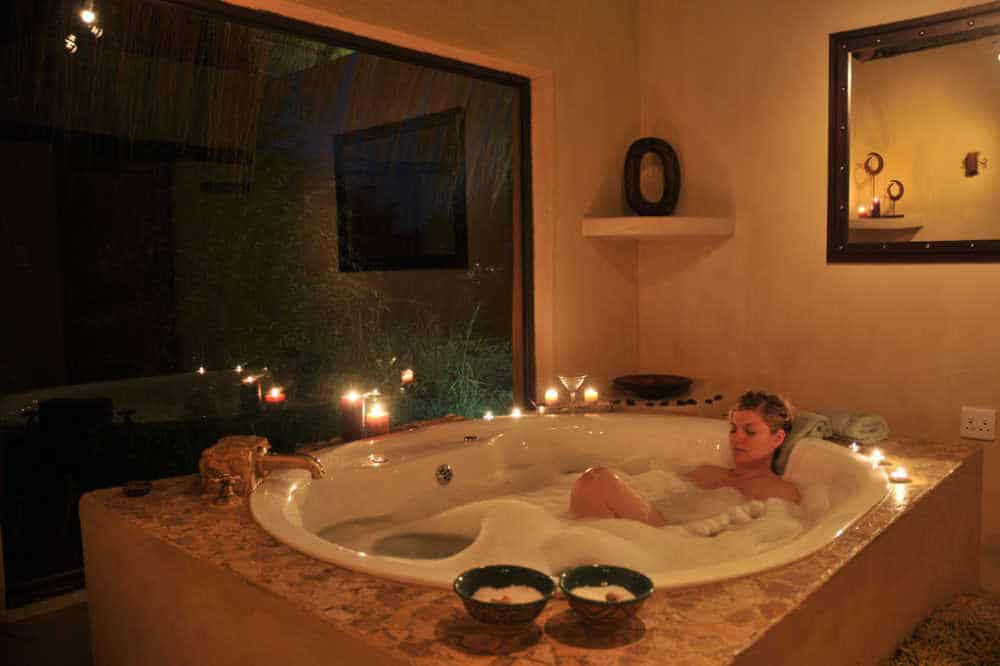 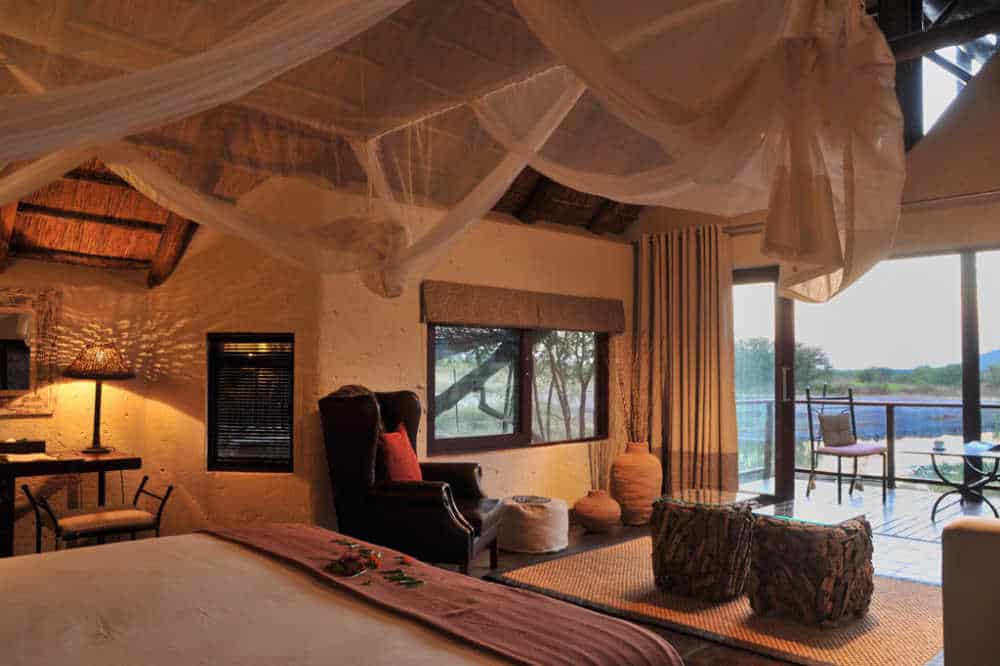 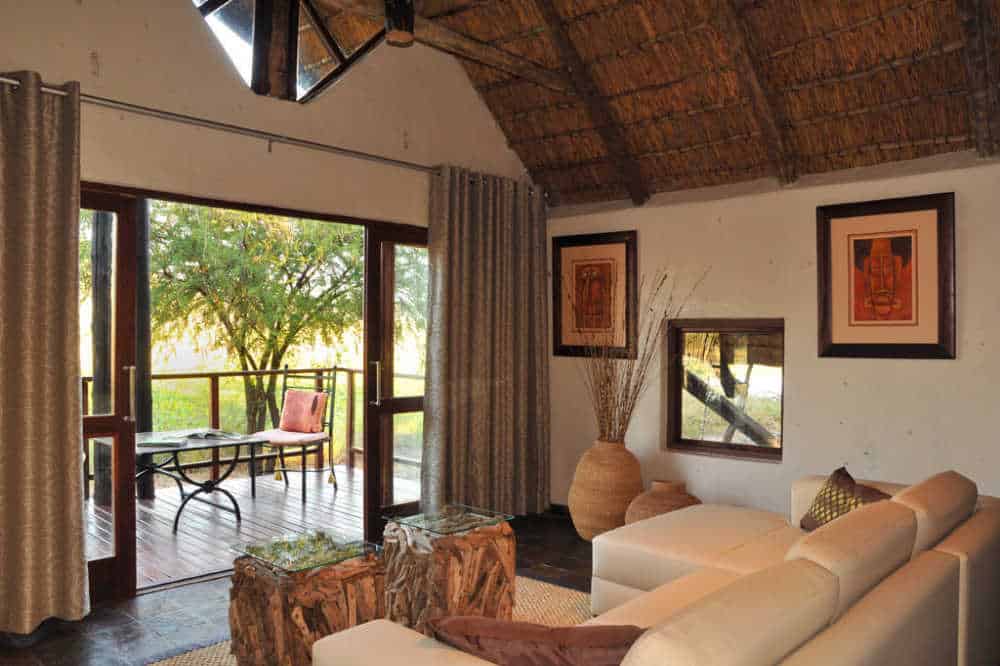 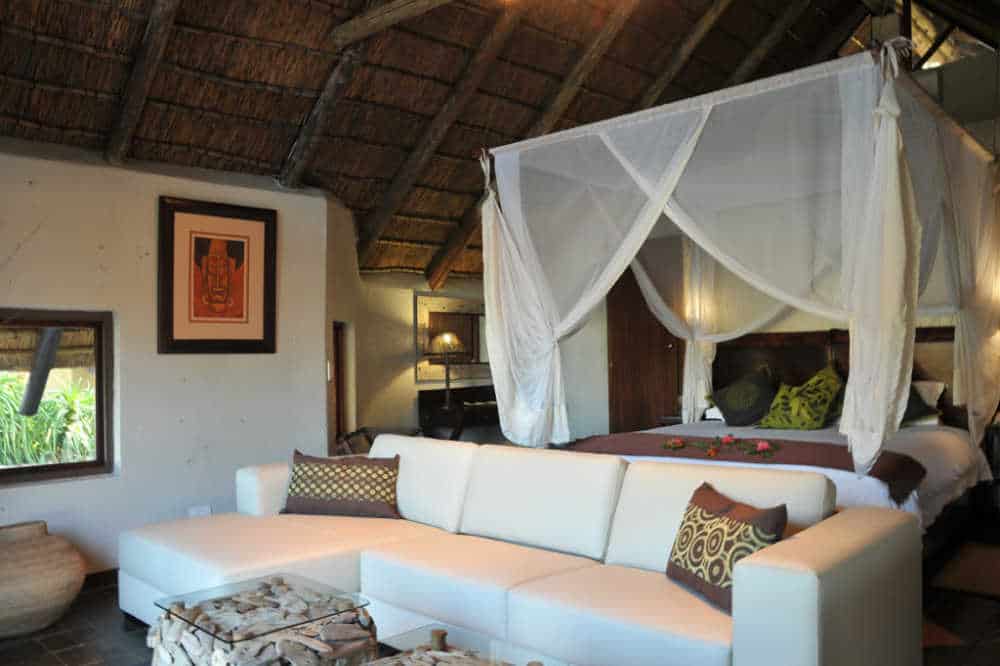 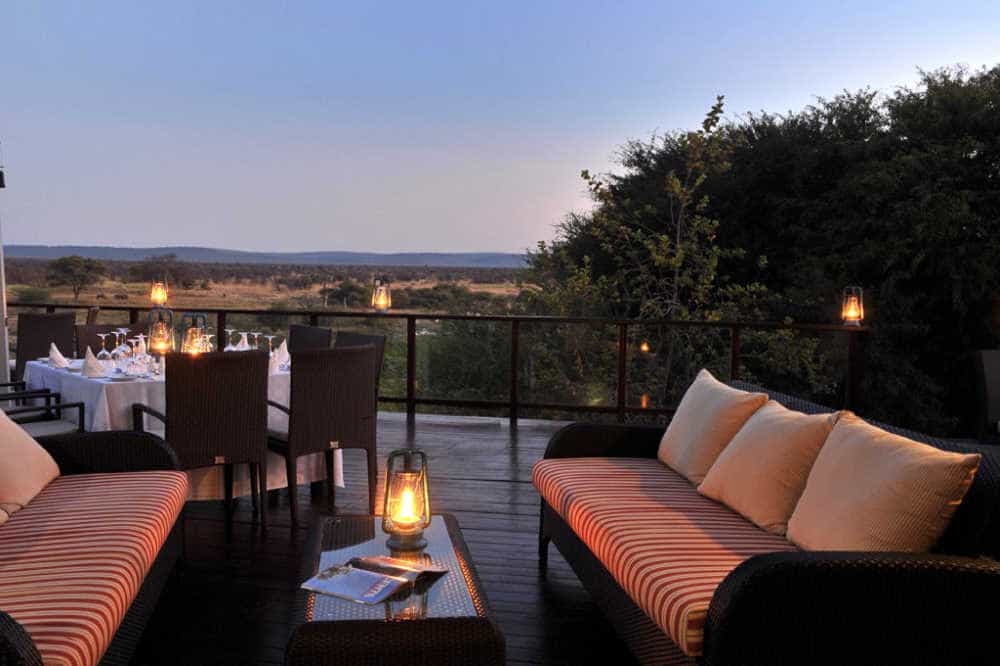 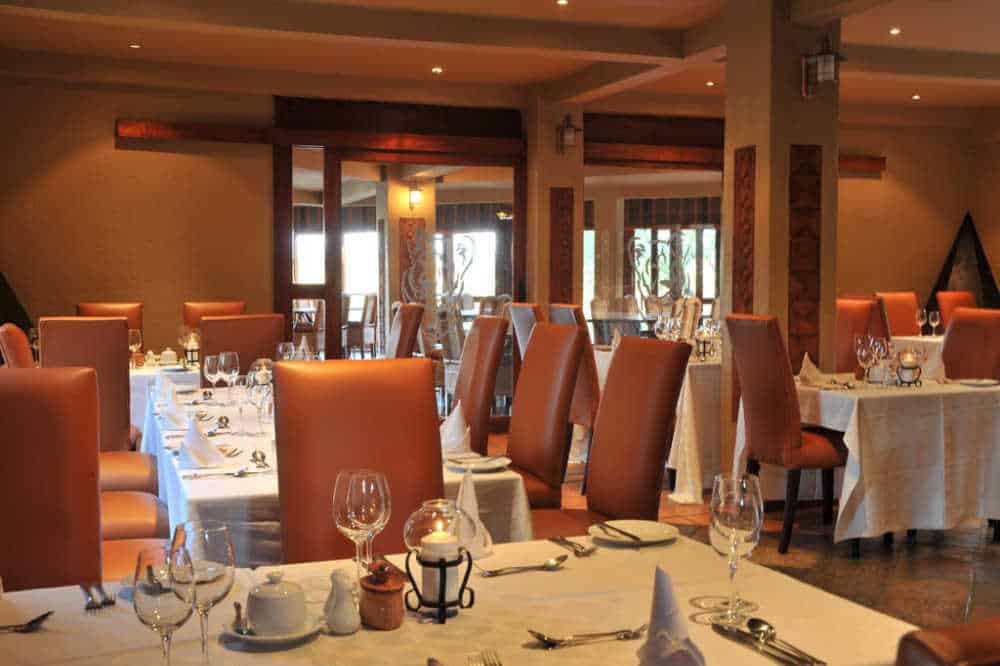 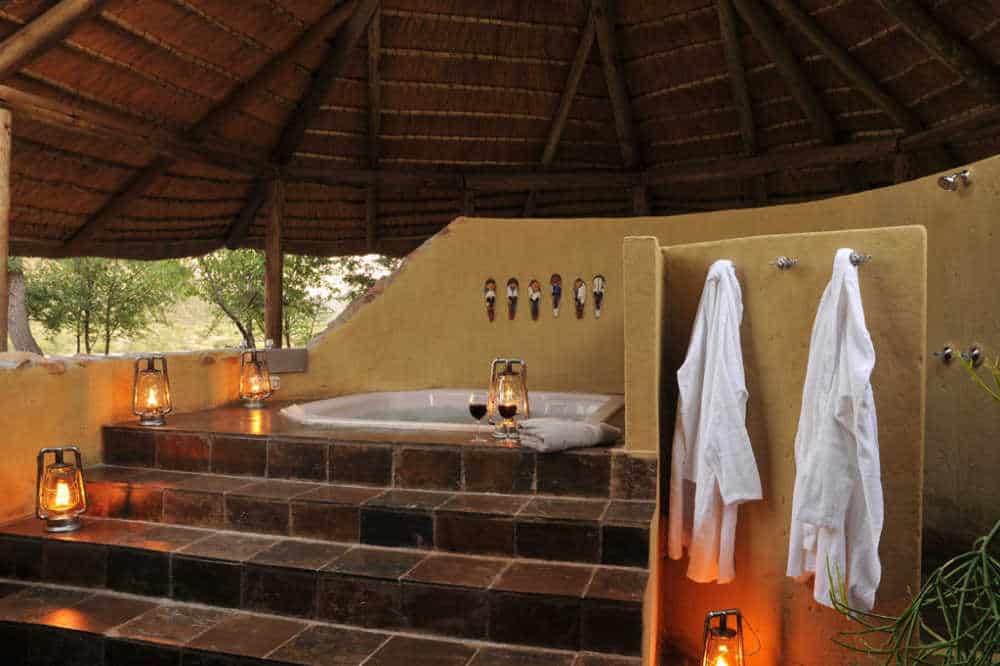 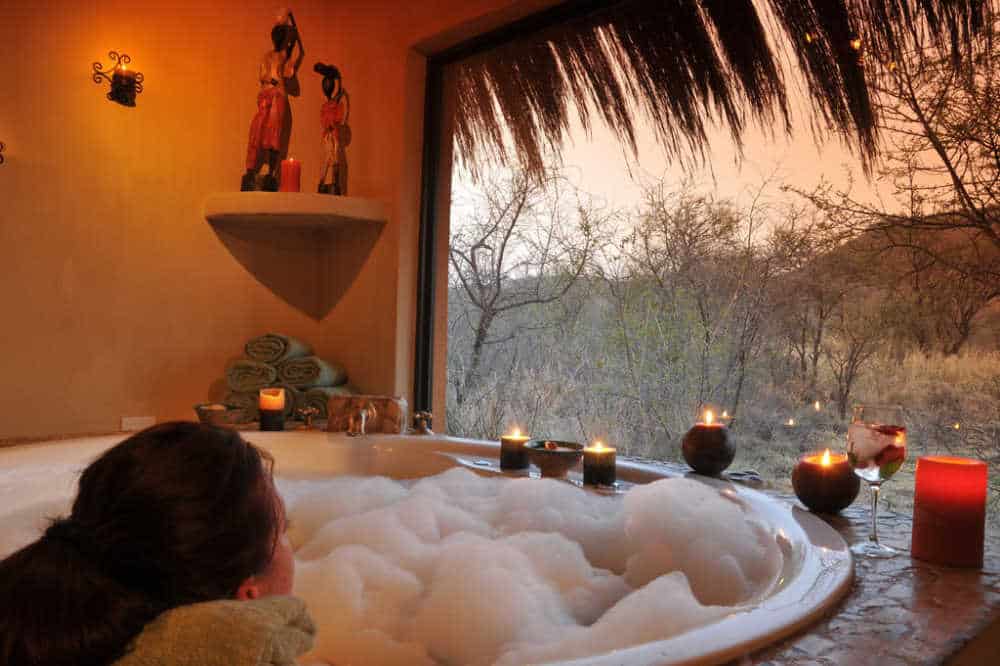 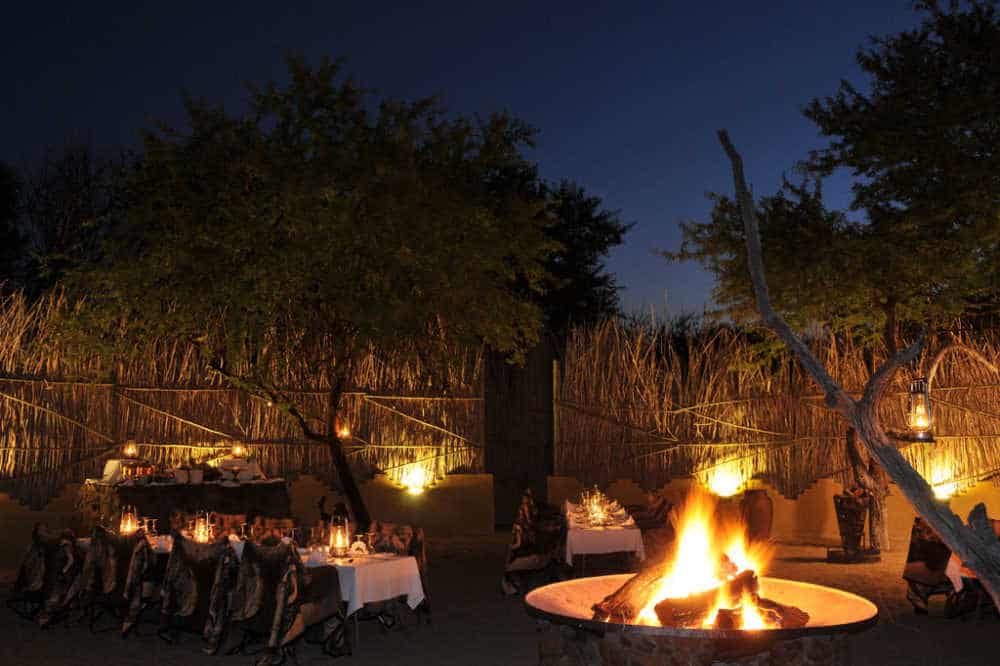 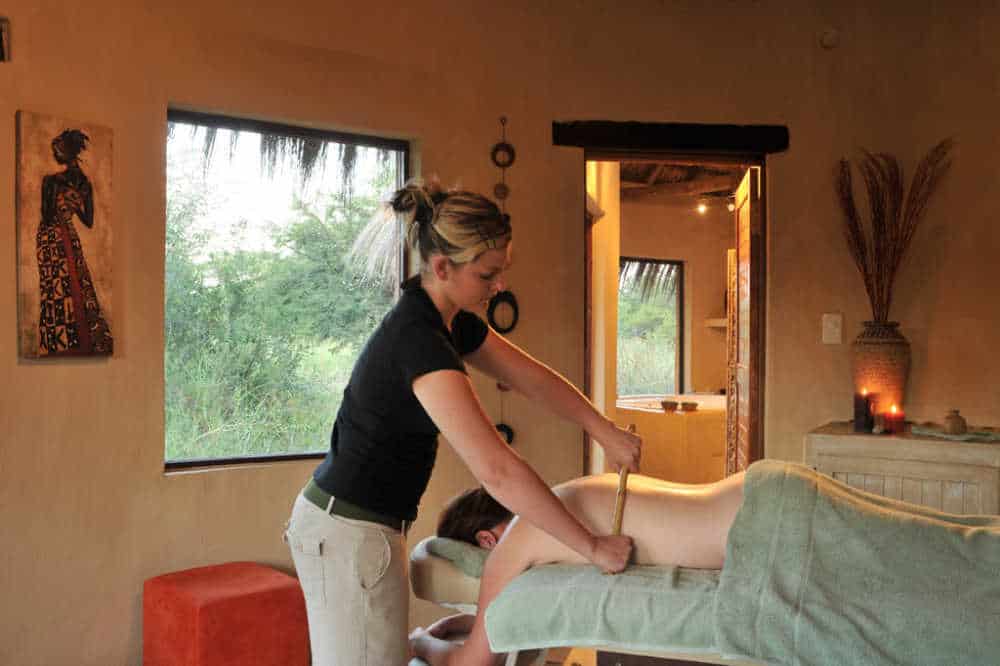 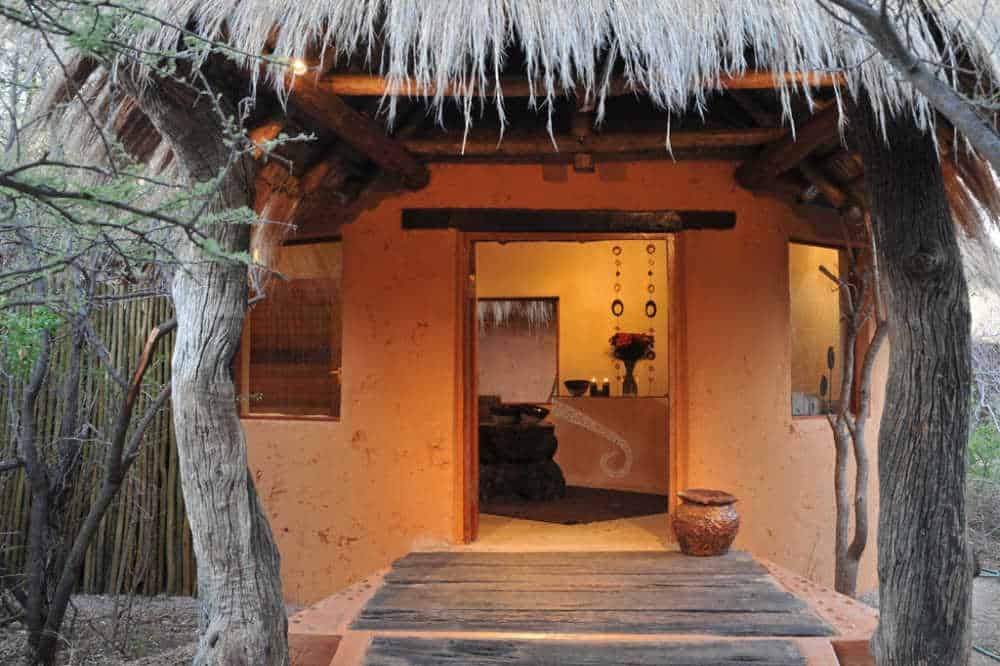 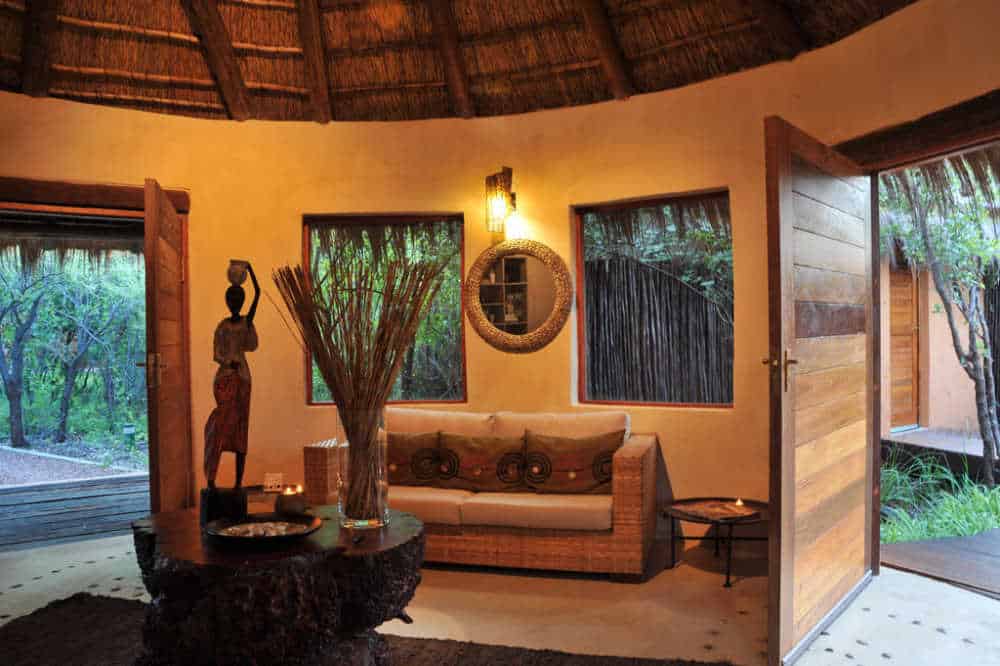 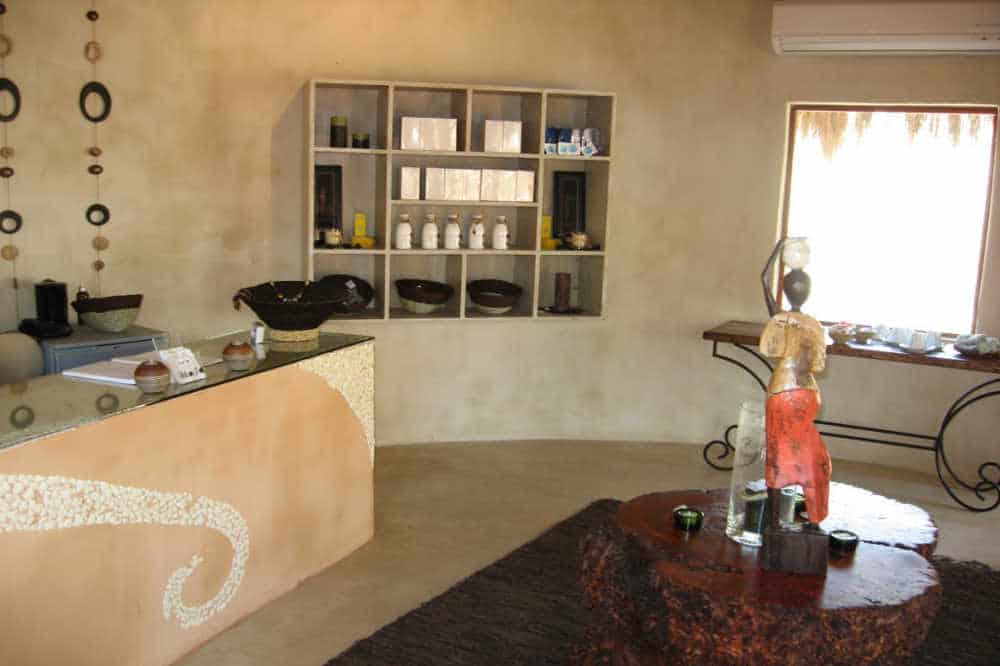 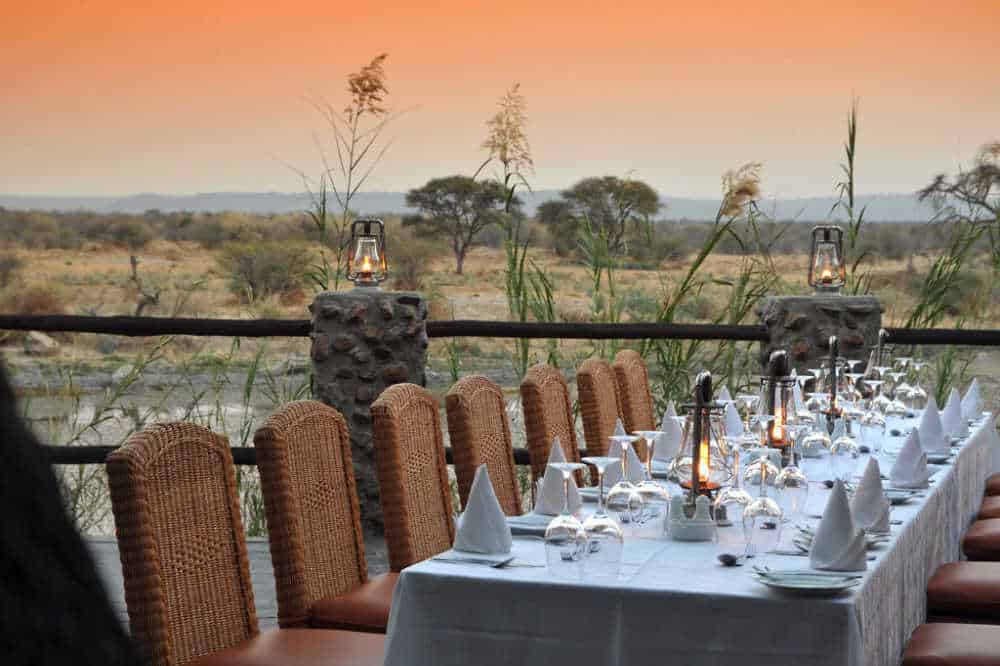 On the far northern border of South Africa lies a beautiful area known as the Great Marico and it is in this spectacular setting, in the malaria free Madikwe Game Reserve, that Tau Game Lodge South Africa is situated.

The jumbled hillocks of Tshwene-Tshwene and the dramatic ridge of the Dwarsberg Mountains expose rocks of up to 2630 million years old and artifacts of the Stone and Iron Ages are still found in the Great Marico dust.

Privately owned Tau Game Lodge South Africa was built in 1995 and overlooks a vast natural waterhole, which attracts a variety of game, as does the diverse vegetation that thrives in the fertile topsoil.

Situated at an easy 4 hours driving distance from Johannesburg or 50 minutes daily scheduled flight from Johannesburg International airport, Tau “The Place of the Lion” can host and accommodate up to 60 people.

The décor and furnishings of Tau Game Lodge are Africa-inspired and the rooms are equipped with both air-conditioning and ceiling fans.

Thirty rustic thatched chalets are spread out in U-formation on either side of the lodge, offering excellent views of animals approaching the water from the opposite bank.

Each chalet has its own wooden game viewing deck, which allows one to experience the bush in privacy and is equipped with an en-suite bathroom and open-air shower.

Each of the two corner units, on either side of (and furthest away from) the lodge, have been linked with the next-door unit by a communal outdoor lounge. These chalets can be utilised for two couples traveling together or for parents with small children sharing the room.

Enjoy the South African wildlife and the tranquility of nature right on your doorstep while staying in our comfortable and luxury accommodation.

Our luxury South African safari lodge was designed to reflect the natural surroundings and makes use of the natural resources wherever possible.

Privately-owned Tau Game Lodge was built in 1995 and overlooks a vast natural waterhole, which attracts a variety of game, as does the diverse vegetation which thrives in the fertile topsoil.

The main body of the Lodge is two-leveled and has a comfortable lounge, a conference room, bar and dining room which are semi open-air and overlook the waterhole. Delicious buffet breakfasts and lunches are generally served in the main building or on the verandah next to the plunge pool and dinner is served in one of the cosy boma’s under the stars, or in the lapa next to the main lodge.

Madikwe Game Reserve is one of the few reserves where one can come for a truly South African safari holiday and view an unusual wide variety of South African wildlife.

Come and see the magnificent animals that have settled in Tau Game Lodge, such as: