Jacana Camp in the Okavango Delta

Jacana Camp is situated in the private Jao Concession on the Moremi Game Reserve boundary in the Okavango Delta, Botswana. 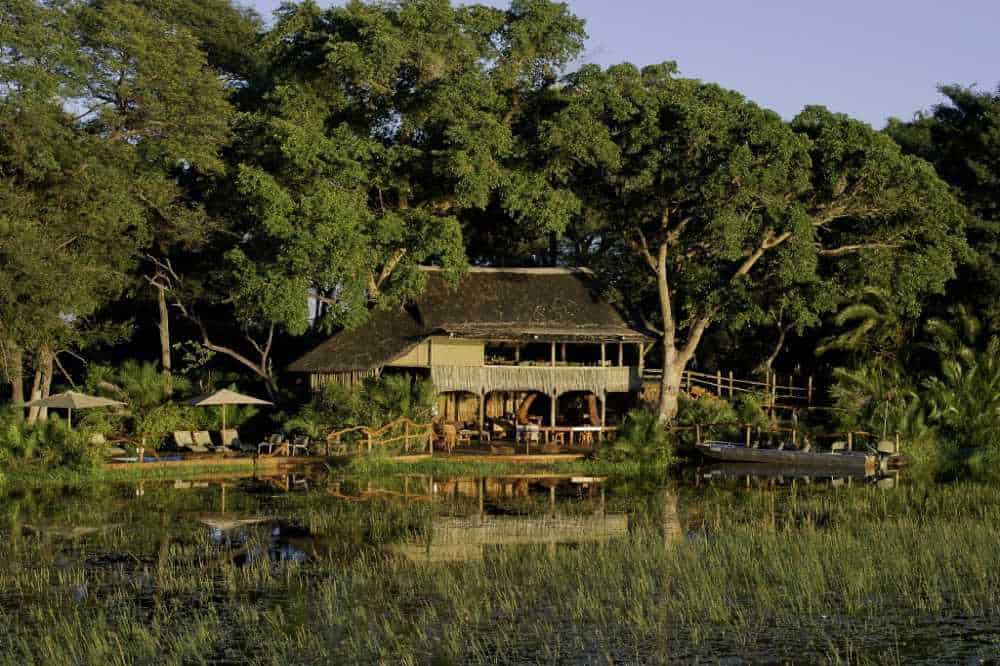 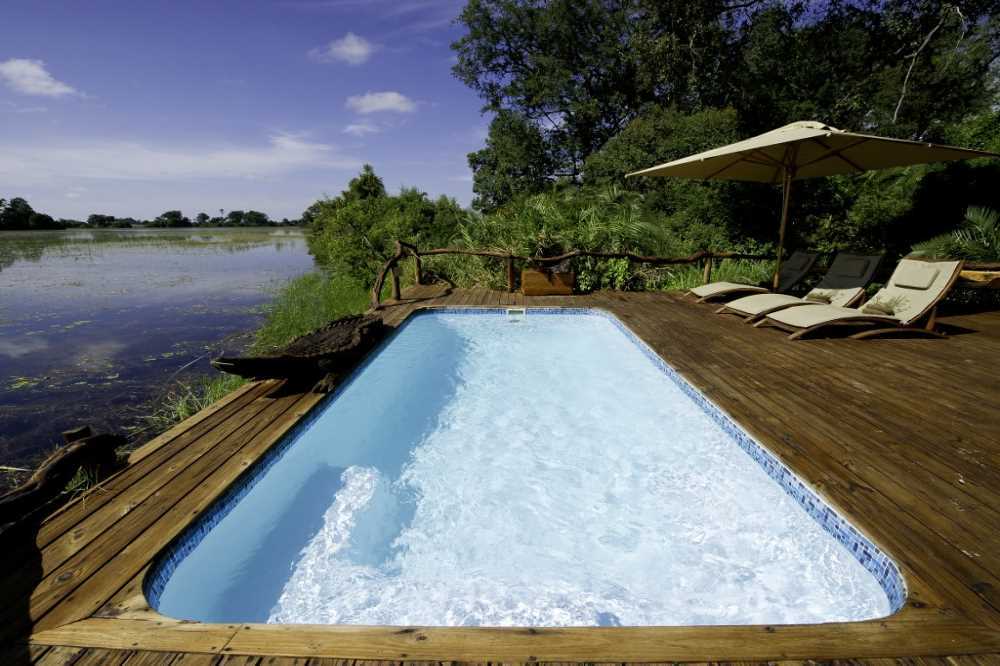 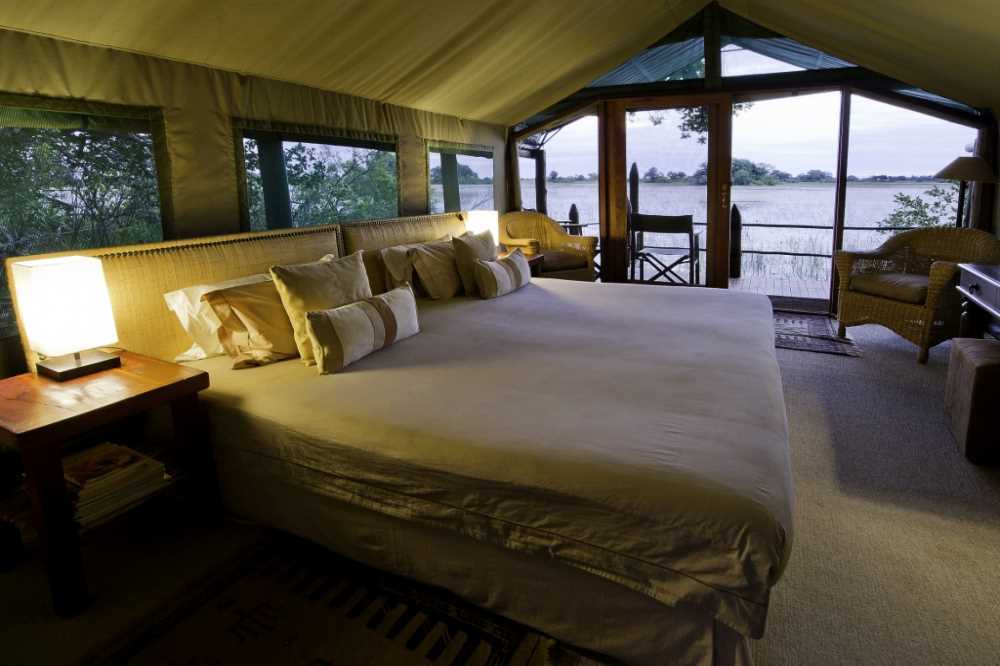 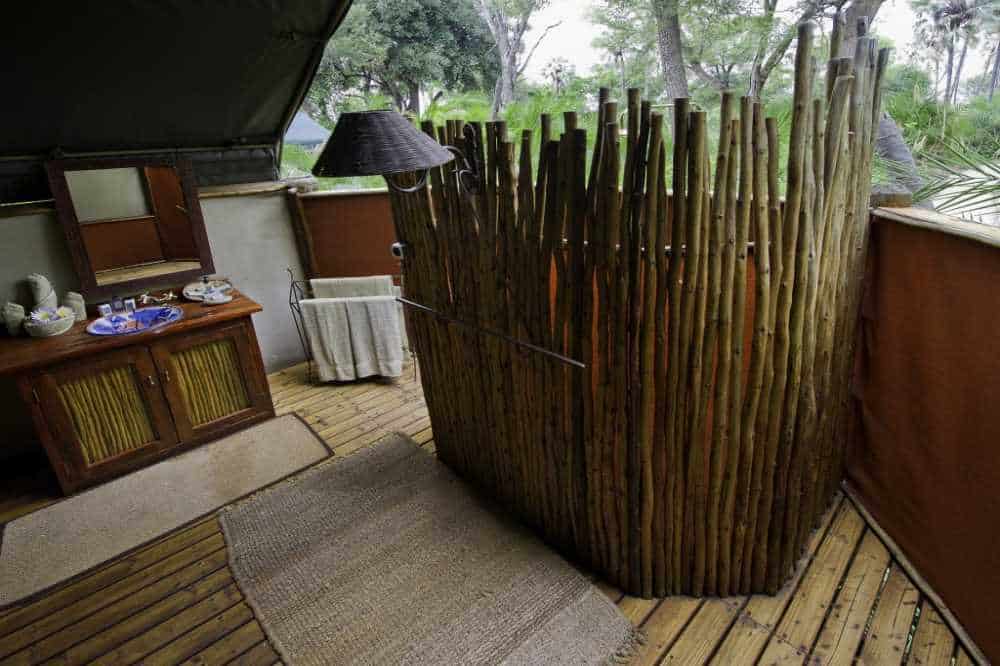 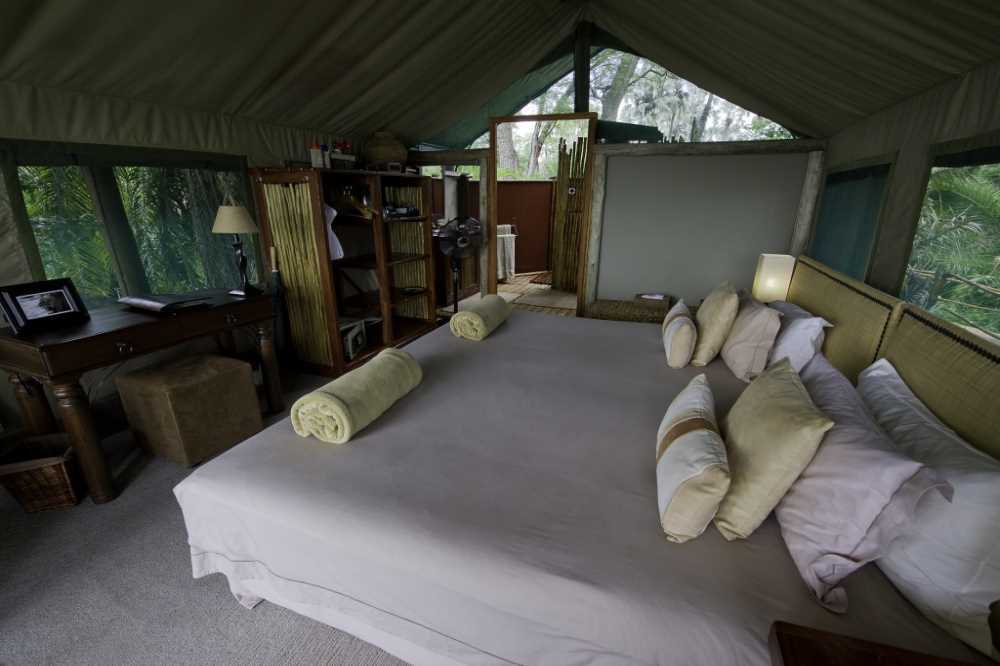 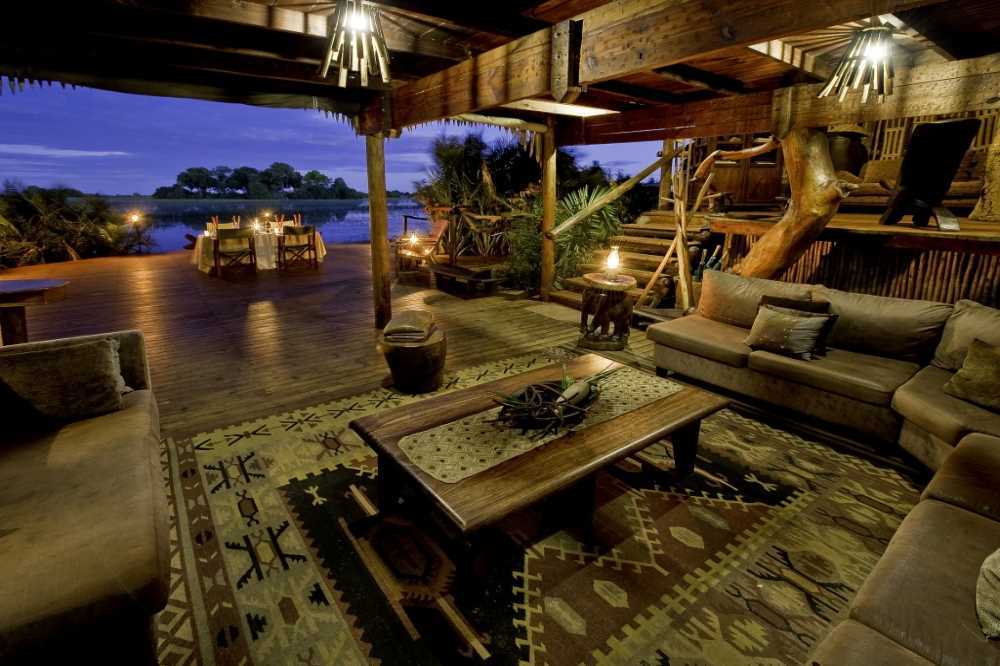 Located on a beautiful island and surrounded by the seasonally inundated floodplain and papyrus swamps, the Camp consists of five Meru-style tents built on raised wooden decks to facilitate its panoramic views of the Okavango Delta. Each tent has an enclosed en-suite bathroom featuring a roofless shower which is lit by dappled sunlight and shade or by the stars themselves at night. The main dining area is on an elevated platform between two magnificent sycamore fig trees and surrounded by dense wild date palms. The Camp also has a cosy drinks and lounge with an area for an open fire under the stars; and a plunge pool for cooling off in the midday sun.

Activities at Jacana Camp include Moroko trips and walking safaris (which must be requested prior to travel) in the Okavango Delta all year round, as well as game drives during September and May when the floodwaters have receded. There are also two platform hides within the Jao Concession.

Jacana Camp is set in one of the most densely populated wetland areas for sitatunga and red lechwe. All the big animals can be found regularly in the area: including elephant, lion, leopard and buffalo. Wildlife concentrations within this part of the Okavango Delta depend on the water flow and volume and thus change from season to season. Birdlife is abundant; enthusiasts can spot Pel’s Fishing-Owl as well as African and Lesser Jacanas and a host of other Okavango specials such as Slaty Egret, African Pygmy-Goose and Western Banded Snake-Eagle.

The Camp is located in the Jao Concession: 60,000 hectares of reserve against the western boundary of the Moremi Game Reserve in the north-western area of the Okavango Delta, Botswana, below the Panhandle.

The Okavango Delta rests between shallow fault lines at the end of the Great African Rift Valley. Deserts are low on annual rainfall and the Okavango Delta is no exception, but the annual floodwaters from the moist African highlands over 1000 km to the north create a unique wetland that supports and sustains a huge diversity of wildlife.

Lying in the very heart of the Okavango Delta, the Jao Concession embodies all the magic and mystique of the region. Narrow water channels cut their way through the papyrus and reed beds in the permanent delta to the north and east of the concession, providing the perfect environment for the elusive sitatunga and the rare Pel’s Fishing-Owl. Beautiful lush palm islands, like the one on which Jacana Camp is built, dot the water, begging to be explored.

In the central region of the Jao Concession, vast open floodplains provide some of the most stunning scenery of the region, with beautiful islands fringed with riverine forests. Further west, the area gets progressively dryer and Hunda Island (which is the tip of a large ‘sand tongue’) is the largest area of dry land in the vicinity during the flood season. Hunda Island has sandveld vegetation supporting many species of nutritious acacia and grewia shrubs which provide excellent browsing.

The true wetland areas of the Okavango Delta are best known for their birdlife. The largest concentrations of endangered Wattled Crane are found in this area and Slaty Egrets, Rosy-throated Longclaws and African Skimmer are some of the specials that can be seen. Hallowed species such as Pel’s Fishing-Owl and Slaty Egret are found alongside more conspicuous and commonly seen Coppery-tailed Coucal, Pygmy Goose. The specialised African Skimmer (from which Wilderness Safaris takes its logo) may be seen on the larger lagoons and channels.

The Camp is set in the most densely populated wetland area for sitatunga antelope and red lechwe, and hippo and crocodile are regularly sighted. In the dry season lechwe, tsessebe, elephant, wildebeest and zebra are prevalent, with lion, cheetah and leopard often sighted. The many lion prides in this area have been extensively studied in recent years, thereby building up a more intimate knowledge of their behaviour.