Vumbura Plains Camp is a luxury camp situated in a private concession in the extreme north of the Okavango Delta. The concession, which is leased from the neighbouring community, includes a wide variety of habitats, diverse wildlife and an enormous traversing area of 60,000 hectares. 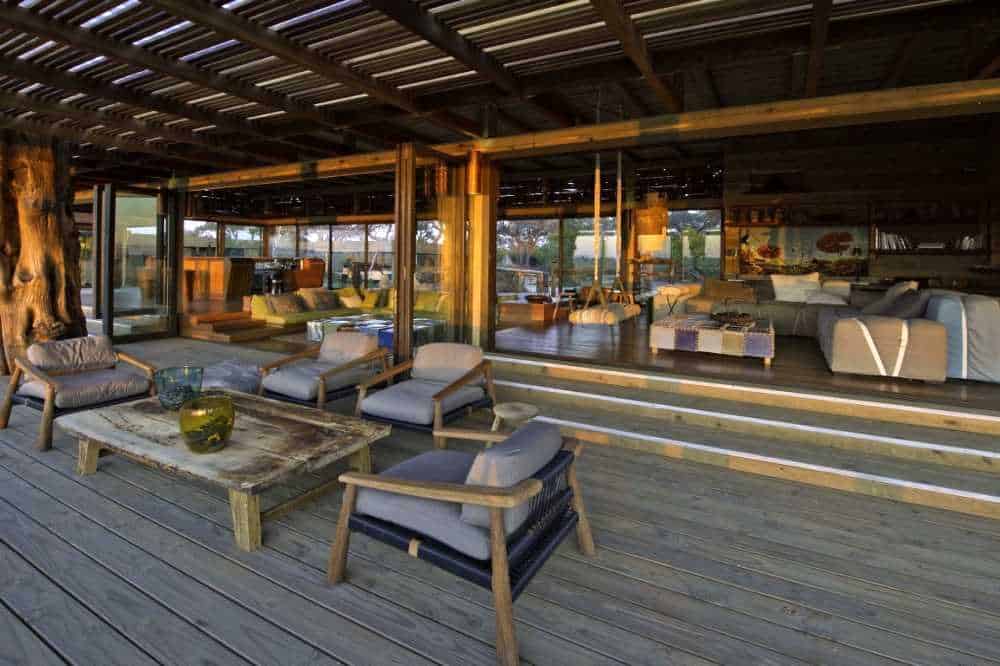 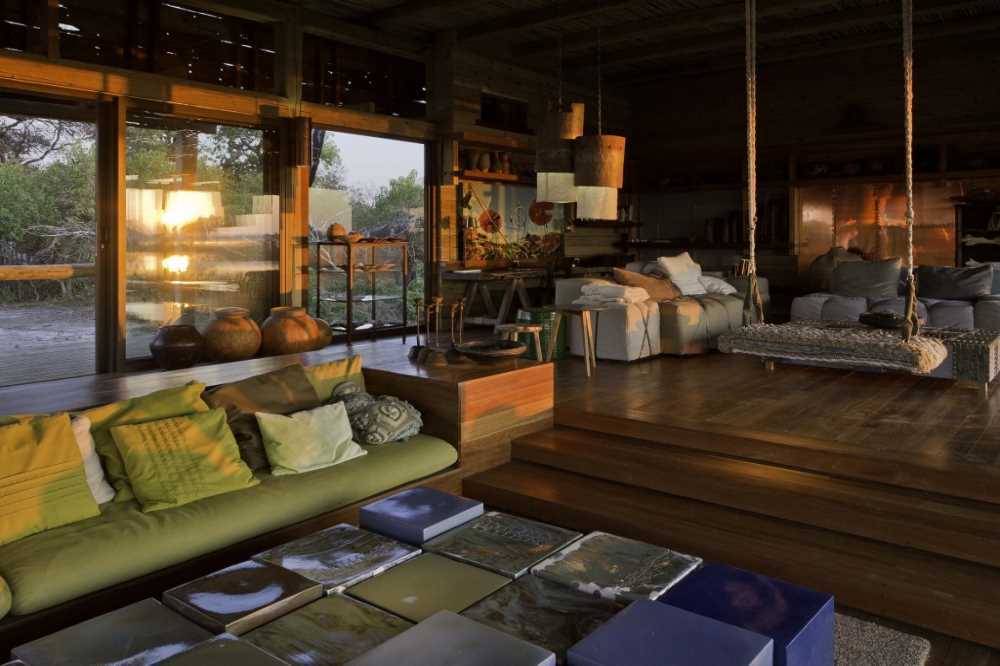 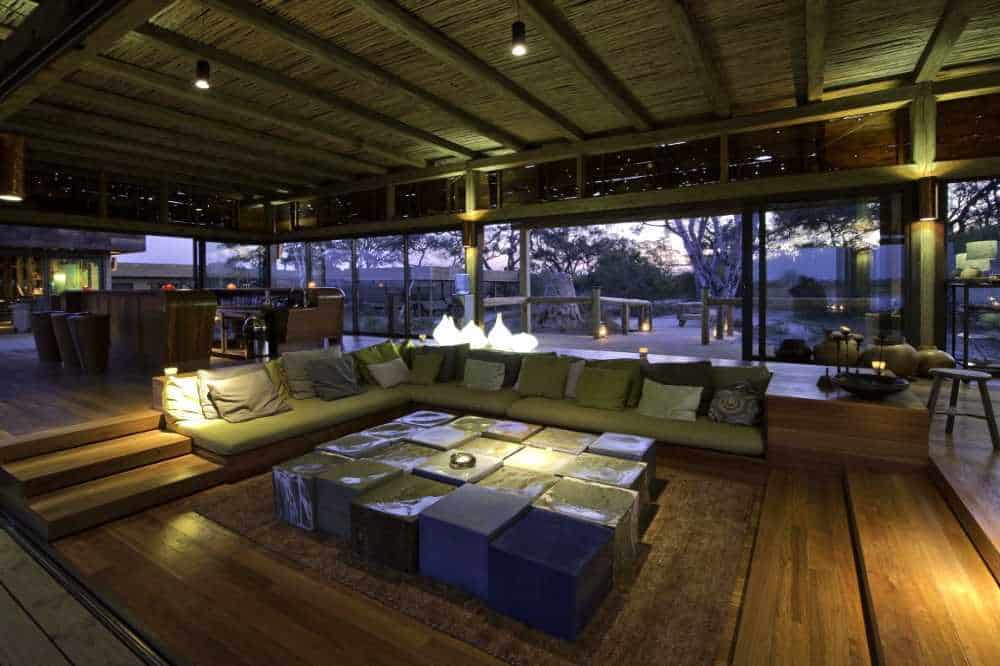 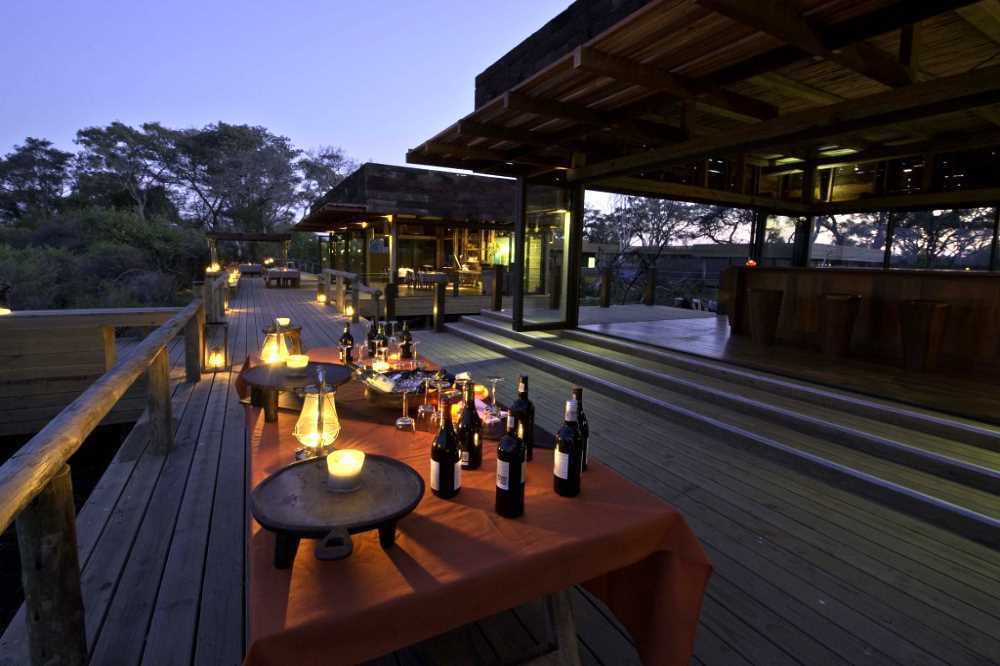 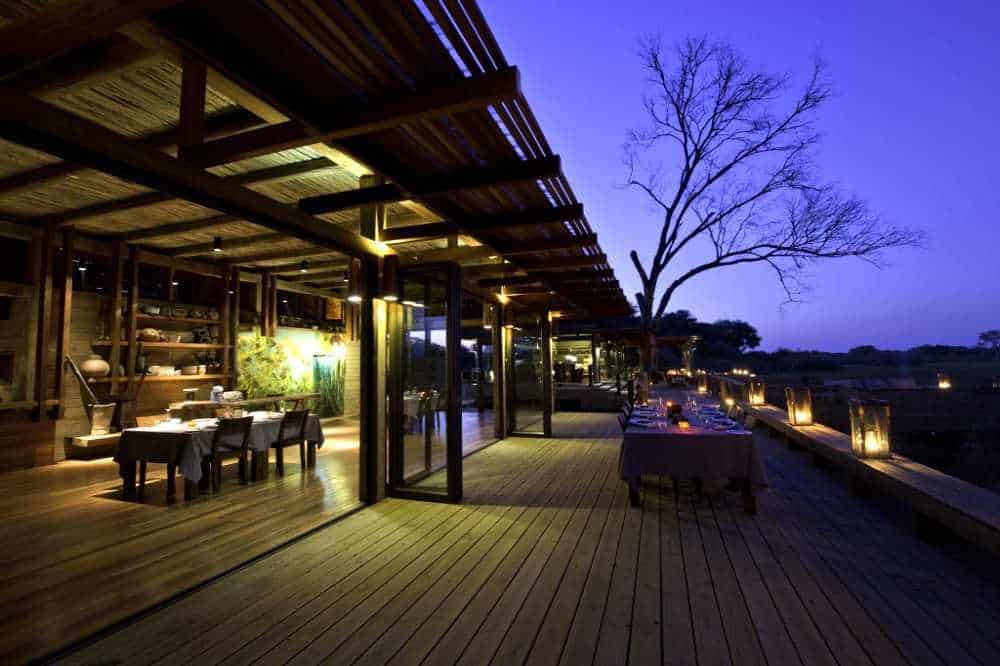 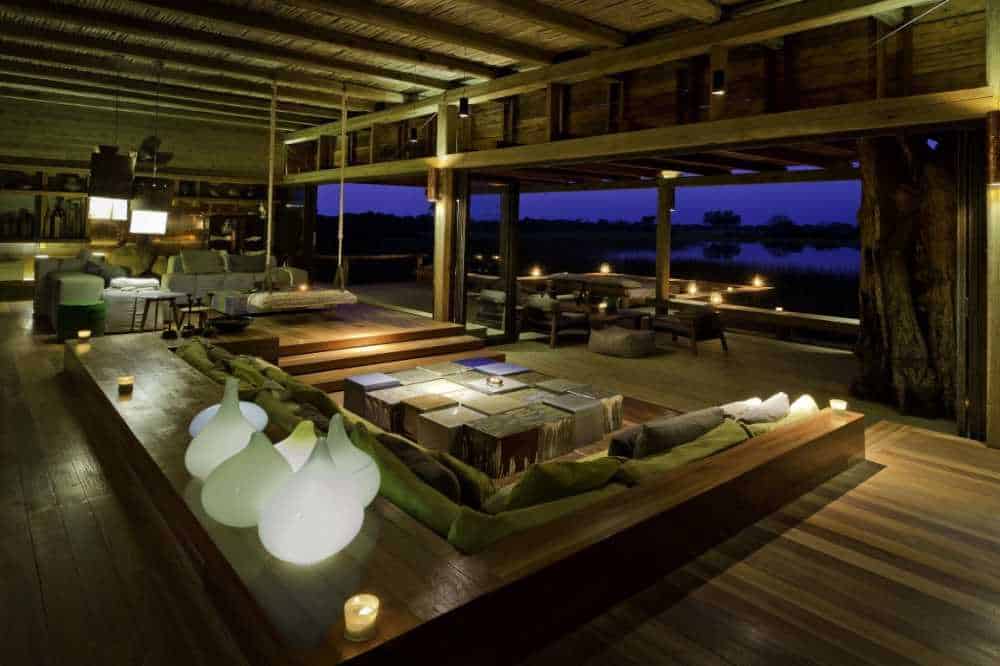 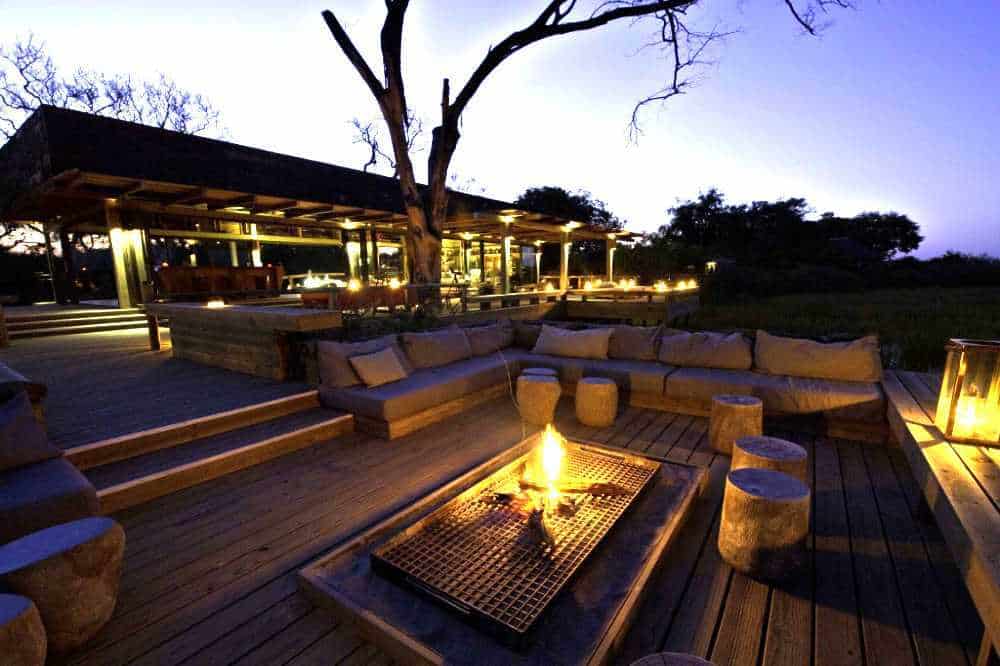 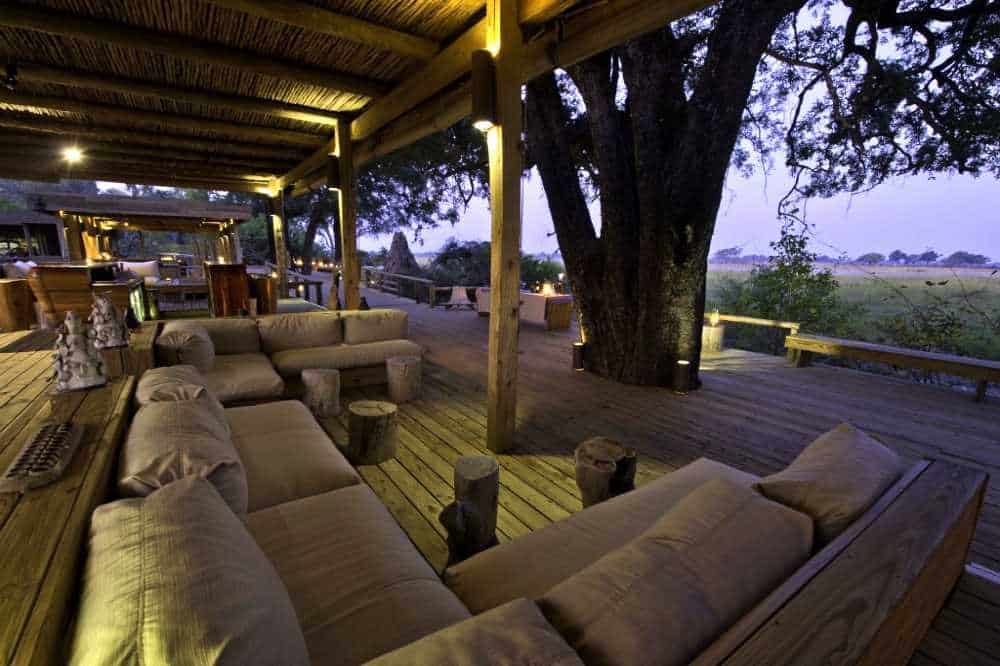 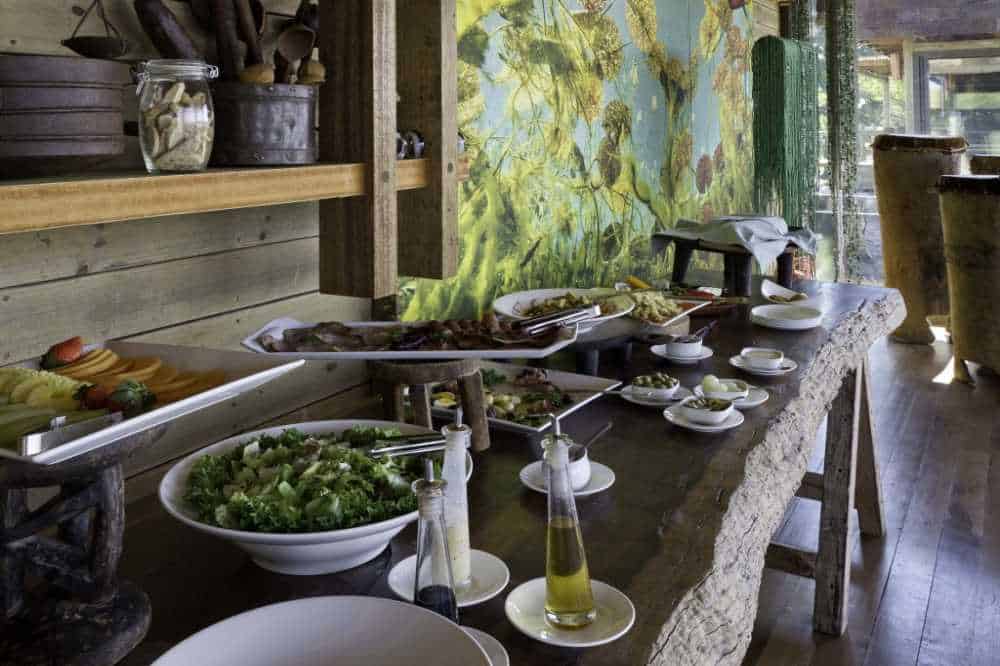 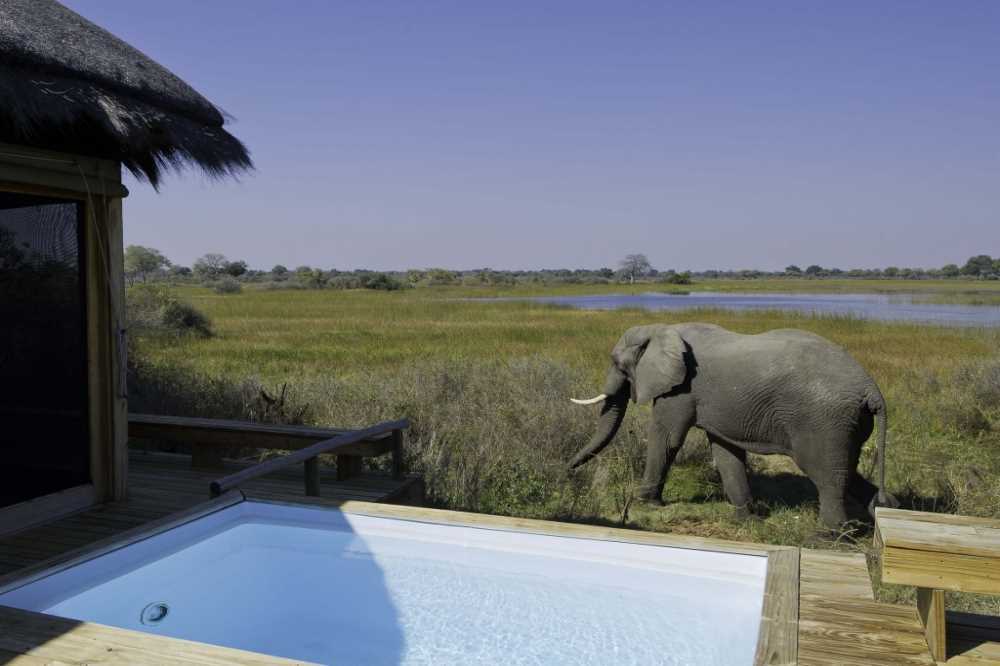 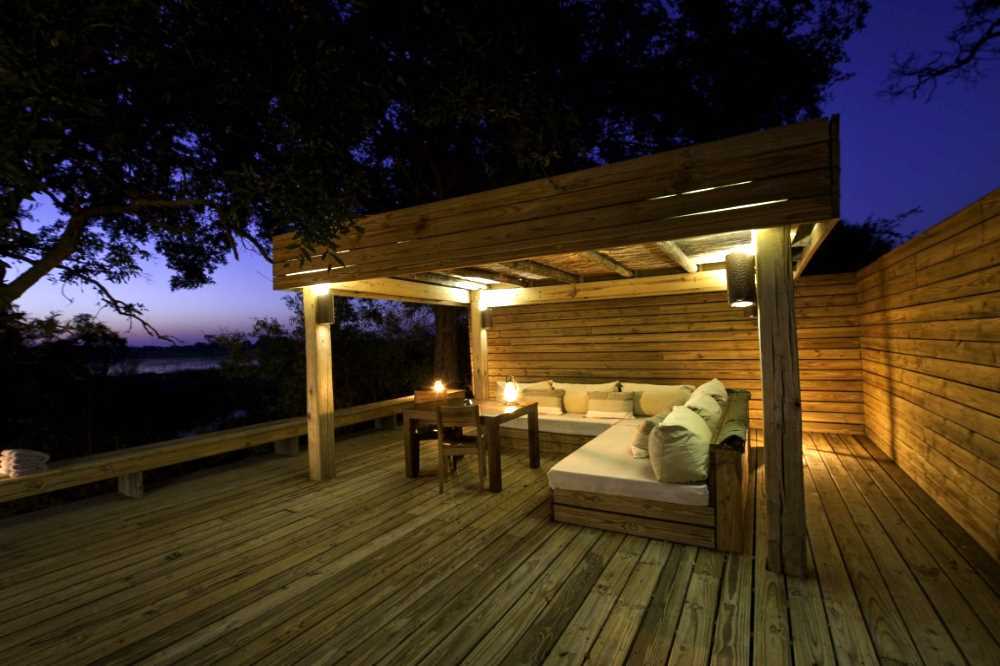 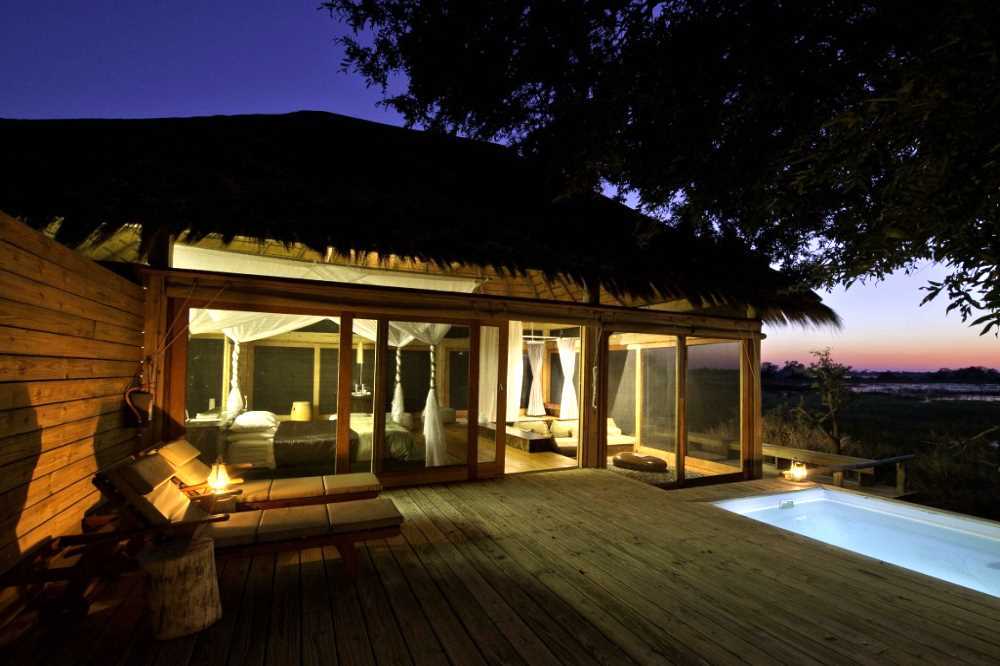 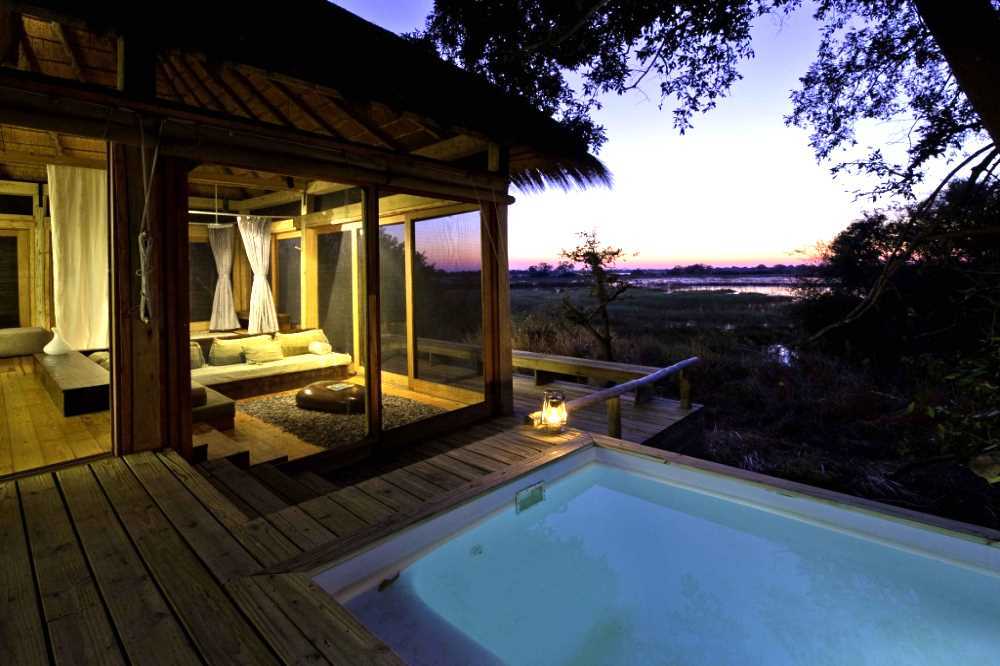 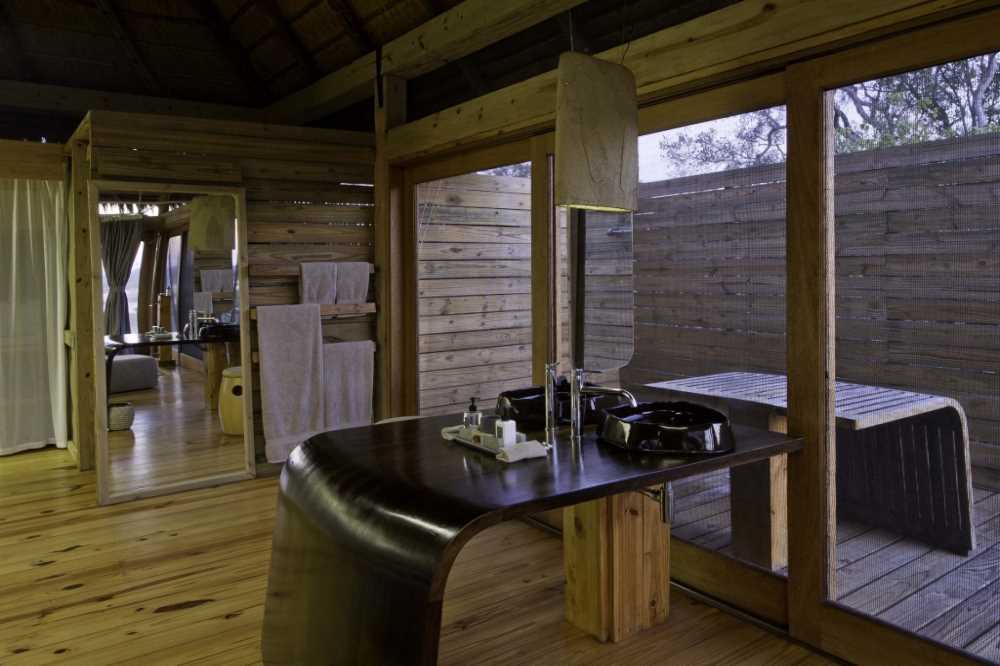 Vumbura Plains Camp comprises two separate seven-roomed satellite camps, each with its own raised dining, lounge and bar area tucked beneath a canopy of cool, shady, indigenous trees . Magnificent vistas across the Okavango Delta floodplains are a feature. A star-gazing deck with comfortable cushions protrudes into the floodplain, a place to gaze upwards, or a convivial camp fire setting.

Vumbura Plains Camp is unlike any safari camp you will have seen before. Each large, luxurious room is raised off the ground on wooden decks and each comprises a bedroom, lounge, shower and full en-suite bathroom. Outdoor showers are standard. It is open on three sides, and the billowing curtains between the various areas create the sense of a yacht floating through the floodplains. Each room also has a plunge pool and ‘sala’ – a comfortable area to lie and relax, watching the waving grasses of the floodplain.

What makes the Vumbura concession so unique is its position on the extreme north of the Okavango Delta. This position encompasses such a wide variety of habitats and species that it has representatives of just about every animal that occurs in the Okavango biome.

Vumbura Plains Camp offers both land and water activities, principally nature viewing in varied habitats in open 4×4 vehicles, nature walks, mokoro trips and boat excursions. Whilst exploring the spectacular ecology of this area, one can enjoy close-up viewing of lion, leopard, elephant, cheetah and buffalo along with all the plains game.

Birding around Vumbura Plains Camp is incredible – with both variety and prolific numbers. The Vumbura area is possibly the only area in the Okavango Delta where one can see red lechwe (an animal that inhabits the fringes of the waterways) and sable antelope (an animal that prefers the dry countryside) on the same game drive.

Little Vumbura Camp is situated on an island in a private concession in the northern reaches of the Okavango Delta, in the same region as its sister camp, Vumbura Plains.

Little Vumbura Camp is a beautiful six-roomed tented camp shaded by the canopy of an ancient Okavango Delta forest. Each tent is large and roomy and has en-suite facilities. A plunge pool and reading area overlook the floodplains and a star deck leads off the dining area.

Surrounded as it is by water and lying close to large rivers, water-based activities are a focus at Little Vumbura Camp with mokoros traversing the floodplains under the guidance of experienced polers. Motor boats make their way up and down the permanent channels.

Game drives in open Land Rovers allow guests to get close to animals in the savannah areas. Walks (on request) around the islands are an opportunity to enjoy Africa from a different perspective. Game viewing is consistently good all year round at Little Vumbura Camp with lion, leopard, elephant, sable and buffalo along with extensive plains game providing an excellent all-round wildlife experience in this remote corner of the Okavango Delta.

Little Vumbura Camp is also part of a community participation initiative at Wilderness Safaris – bringing the communities that live around the Okavango Delta into the tourism mainstream.

Vumbura Plains Camp and Little Vumbura Camp are situated in the extreme north of the Okavango Delta in what is known locally as the Kwedi Reserve. Here the vegetation ranges from open floodplains to dense mopane bushveld – offering spectacular game viewing and birding opportunities all year round.

The permanent swamp and island habitat abounds with beautiful treed islands of every size, surrounded by permanent waterways created both by the summer rains and the annual winter floodwaters of the Okavango Delta.

Common trees found around Little Vumbura Camp are the jackalberry, African mangosteen and the ubiquitous sausage tree, which provide shade food and shelter to a fantastic range of wildlife. Game drives in this region are incredibly productive, arriving guests often sighting their first game on the trip from airstrip to camp.

The birding around Little Vumbura Camp is as varied as it is exceptional all year round. In the summer many migrant species are present. Pel’s Fishing Owl is regularly seen, with other specials including Wattled Crane, Slaty Egret, Chirping Cisticola, Little Bee-eater, Fan-tailed Widowbird and possibly Rosy-throated Longclaw.