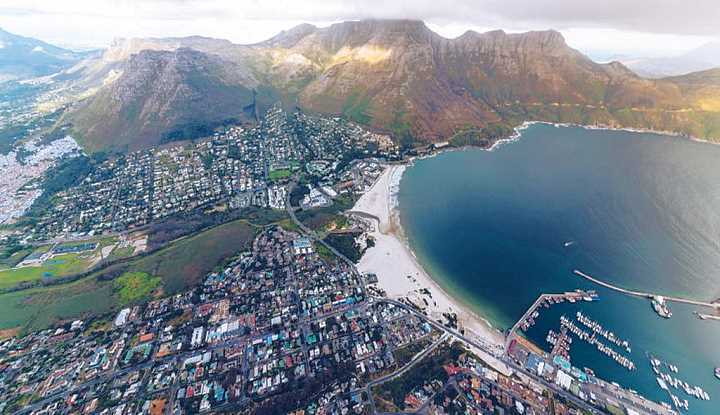 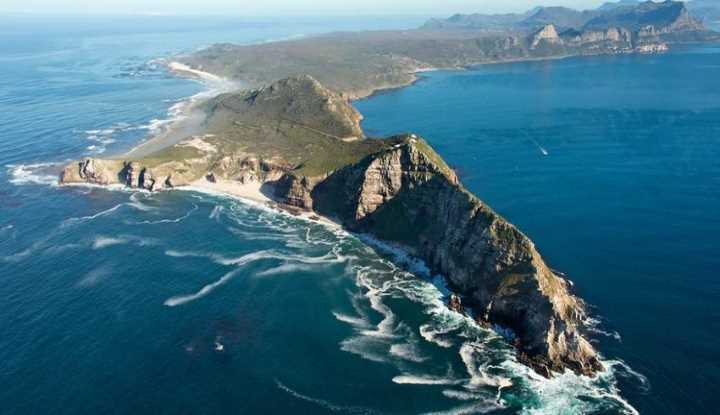 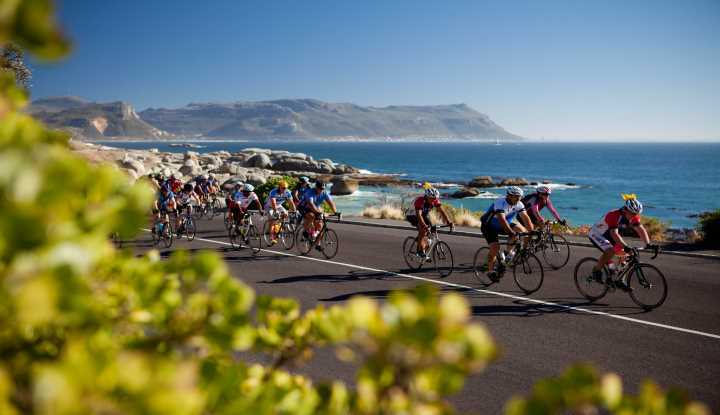 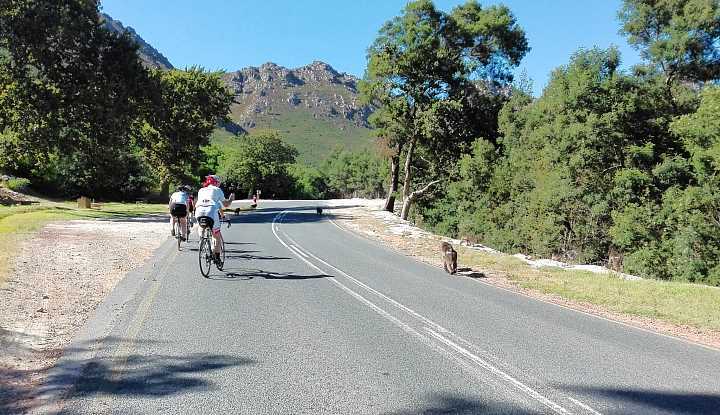 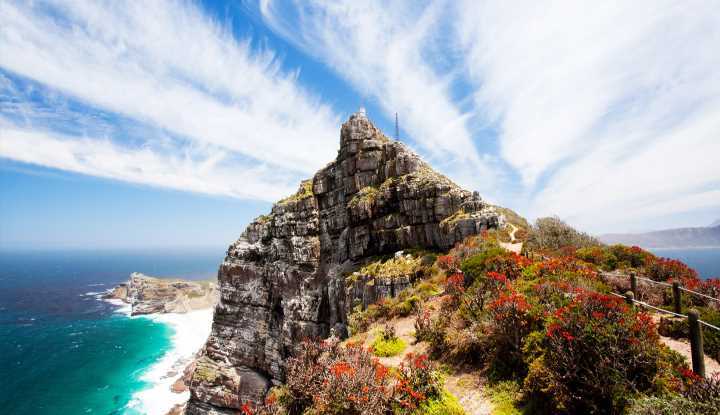 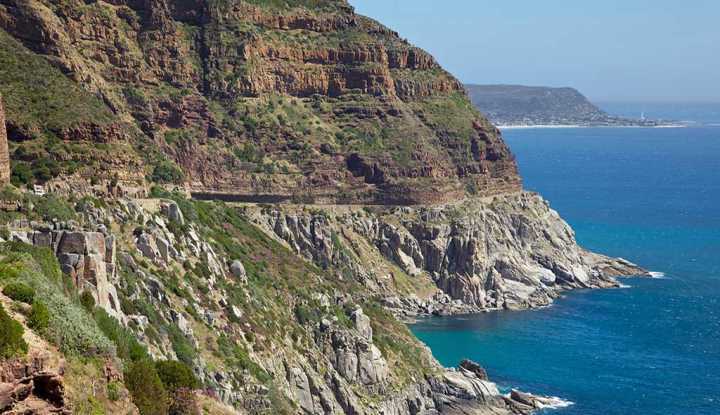 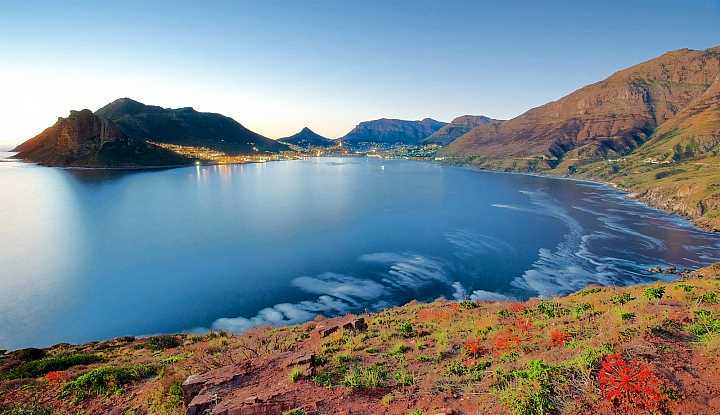 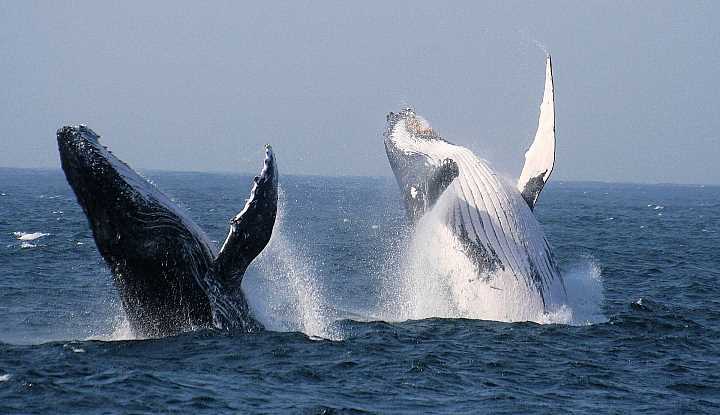 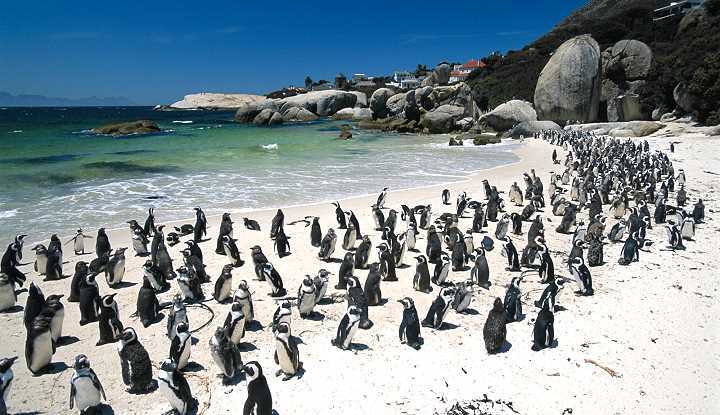 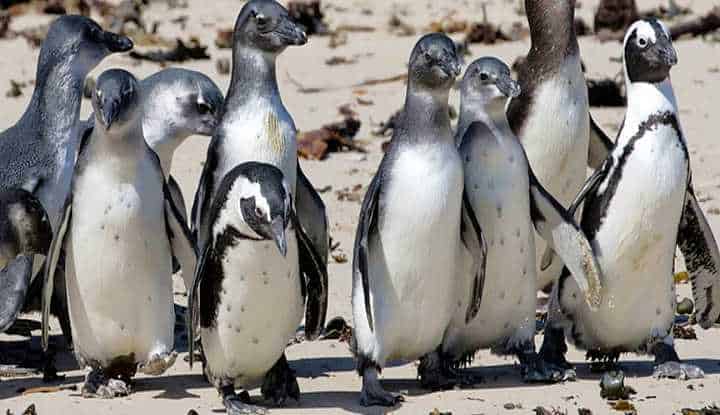 Travel through the idyllic coastal suburbs s of the Cape and traverse one of the world’s most spectacular passes – Chapman’s Peak. Visit the charismatic penguins of Boulders Beach and enjoy a delicious lunch in an a la carte restaurant by the sea. Look out for animals and birdlife in the Table Mountain National Park as you travel through it by bicycle and keep an eye out for southern right whales along the way!

Depart the city along the Southern Peninsula to beautiful Boulders Beach for a “creature close-up” with a colony of African penguins – the only indigenous penguins on the continent. After a scenic coastal drive, continue into the Cape of Good Hope section of the Table Mountain National Park where you will meet your cycling guide. Climb onto your bikes (weather dependent) and explore the rich fauna and flora of one of the most diverse floral kingdoms on earth, surrounded by breathtaking landscapes and fresh sea air. Your leisurely cycle will end at your lunch venue, overlooking the Atlantic Ocean (potential sightings include wild ostriches, eland, baboons, bontebok and even Cape mountain zebra).

Climb (or ride the world’s first environmentally friendly funicular) to the famous Cape Point Lighthouse to capture the staggering vistas of False Bay and stop at the south-westernmost point of Africa, breathtaking Cape Point. Exit the National Park passing the Cape Point Ostrich Farm, vineyards and traditional curio stalls and out along the rocky coastline to the seaside hamlets of Scarborough and Kommetjie.

Enjoy the magnificent views across Long Beach, before climbing back into the vehicle for a final scenic drive around the 114 curves of 600m high Chapman’s Peak Drive, one of the world’s most spectacular passes, and on to the fishing hamlet of Hout Bay. Drive along the Atlantic seaboard, passing Llandudno and Bakoven (with their ghostly shipwrecks), the towering Twelve Apostles, and on through Camps Bay and Bantry Bay. Look out for Southern right whales just offshore from June to November.

NB. Depending on guest’s fitness and weather/wind conditions, the cycling activity may operate on a different routing.