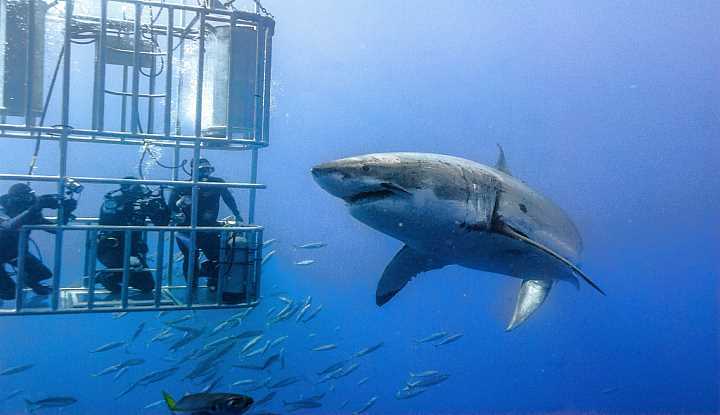 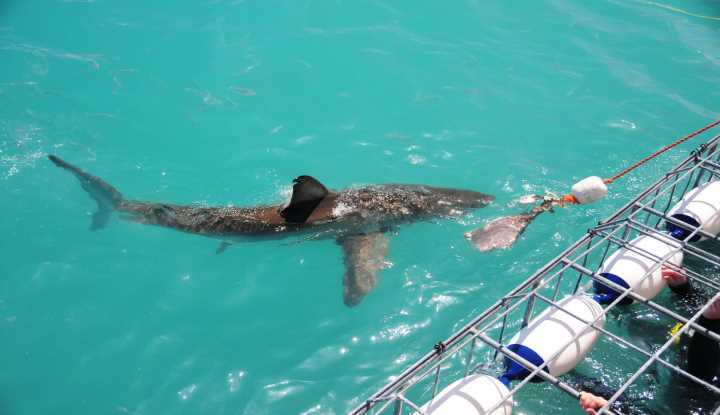 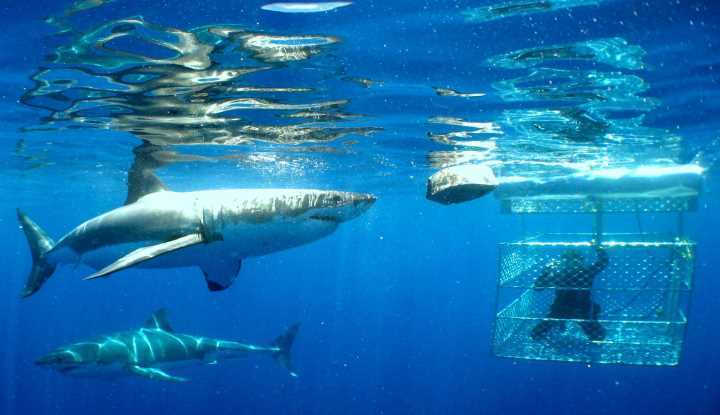 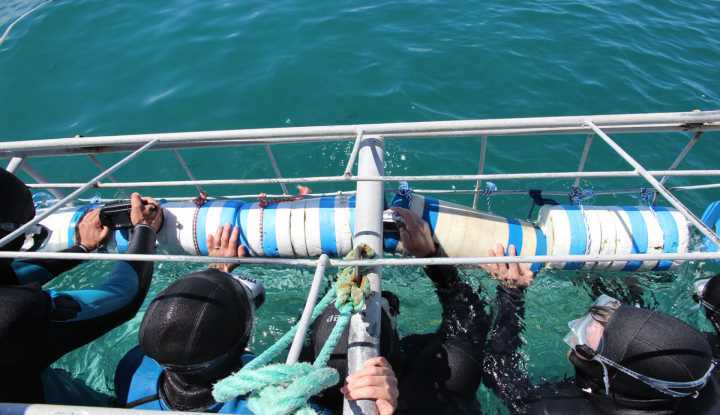 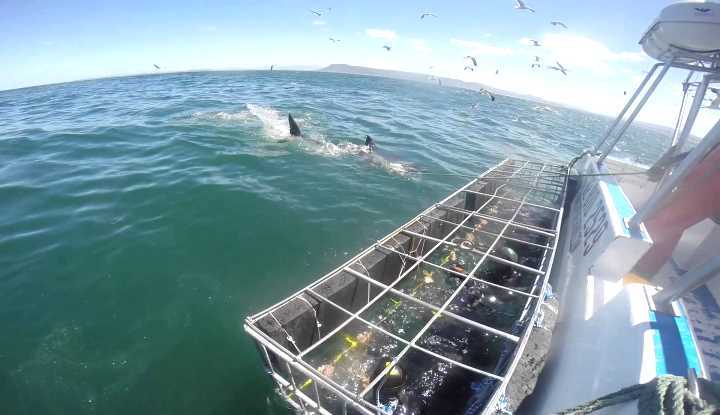 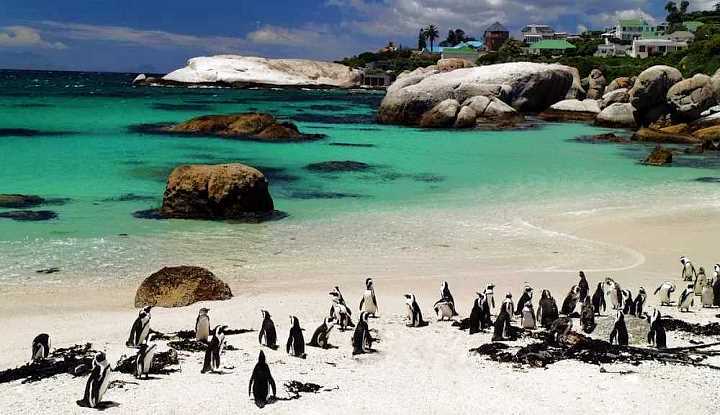 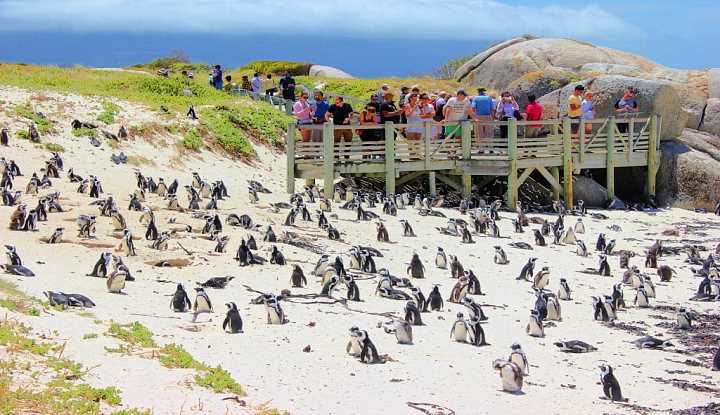 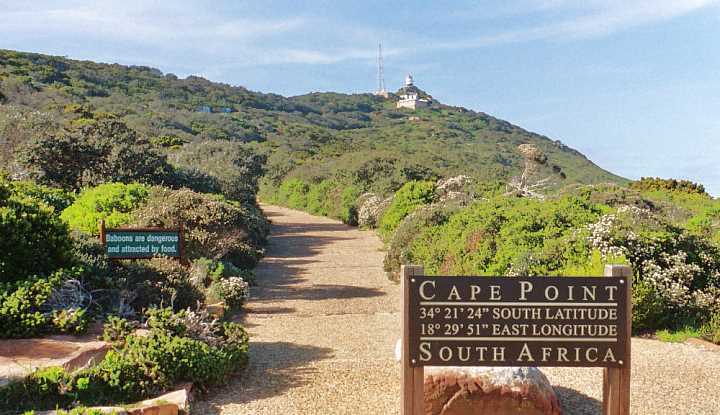 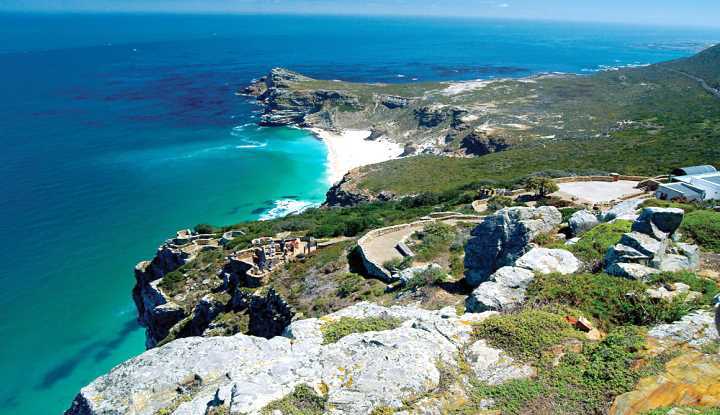 Shark season is from May to mid-September. The Shark Safari Operator reserves the right to re-schedule should they have less than 4 persons booked per trip.

Depart the city before daybreak for Simonstown harbour where you will board a boat in search of the ocean’s elusive super-predator, the Great White Shark. You will be in the capable hands of international shark experts and experienced marine biologists who interpret the wildlife spectacle as it unfolds.

These operators have studied Great Whites for decades and have produced many acclaimed wildlife documentaries showcasing the incredibly rare behaviour of breaching (launching themselves out of the water) in pursuit of prey – most commonly Cape Fur Seals. False Bay is one of the few places in the world to witness this unique behaviour. Our search for Great Whites will take us past one of their favourite haunts, Seal Island – home to some 60,000 seals and a host of sea birds. This Shark Safari focuses mainly on interaction with the sharks from the boat – with a view to observing natural predatory behaviour through the use of a seal decoy. A descent into the cage to view these super-predators underwater is an awe-inspiring experience, one that will not soon be forgotten. (Optional)

Snacks and soft drinks are served on board. Return to port and have the option of visiting Boulders Beach for another “creature close-up”, this time with a colony of African Penguins – the only penguins indigenous to the continent. Enjoy lunch at a coastal restaurant before entering the Cape of Good Hope section of the Table Mountain National where you have a chance to see herds of Bontebok and Cape Mountain Zebra, two of the Park’s many endemic species, as well as Ostrich and the charismatic Cape Baboons.

Climb (or ride the world’s first environmentally friendly funicular) to Cape Point Lighthouse, to capture the magical vistas of False Bay, and stop at the south westernmost point of Africa: breath-taking Cape Point.

We then head home along the dramatic Atlantic seaboard and navigate the 114 curves of 600m high Chapman’s Peak Drive passing the picturesque fishing hamlet of Hout Bay, Llandudno and Bakoven (with their ghostly shipwrecks),the towering Twelve Apostles, and on through Camps Bay and Bantry Bay.

* Note: This tour is only available from May to September. Safaris are weather dependent and are at the skipper’s discretion. A warm jacket and binoculars are strongly recommended.