Off the beaten track in the Hwange National Park, Zimbabwe 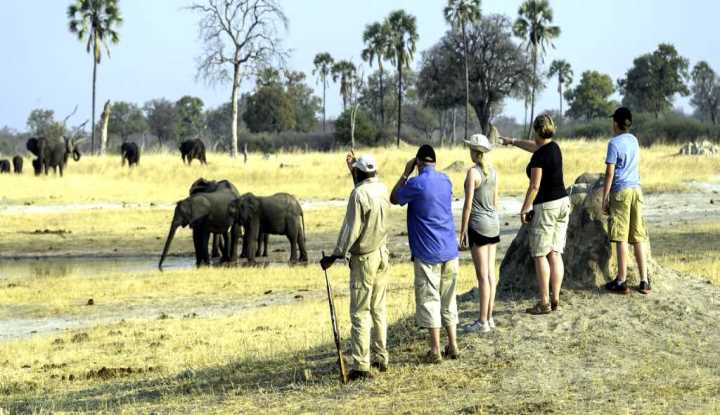 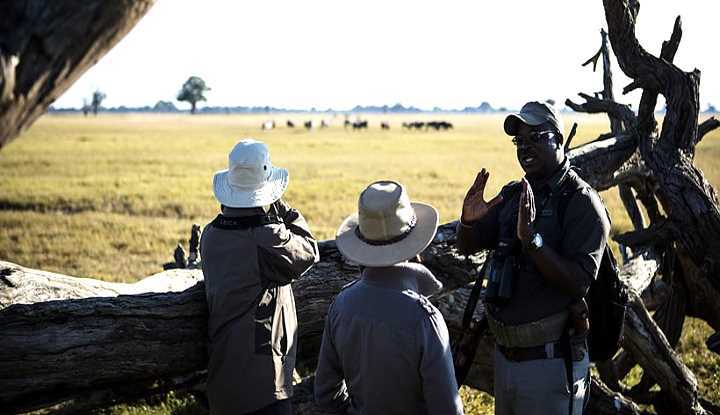 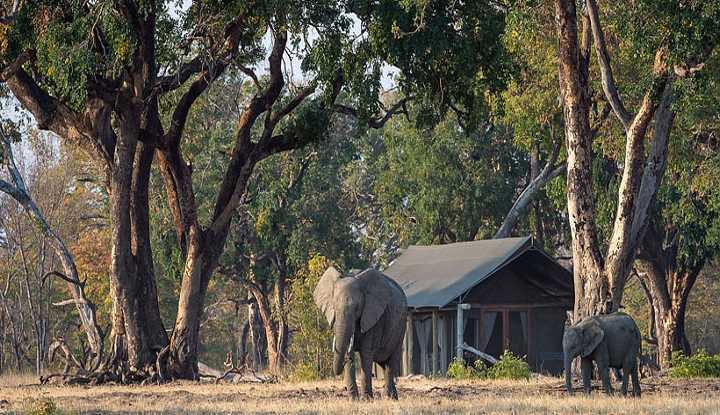 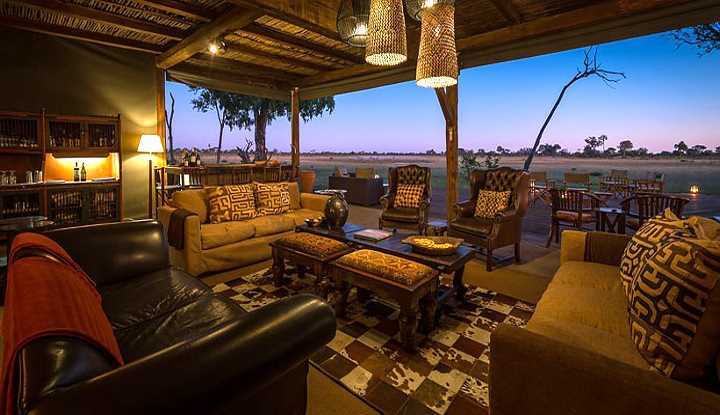 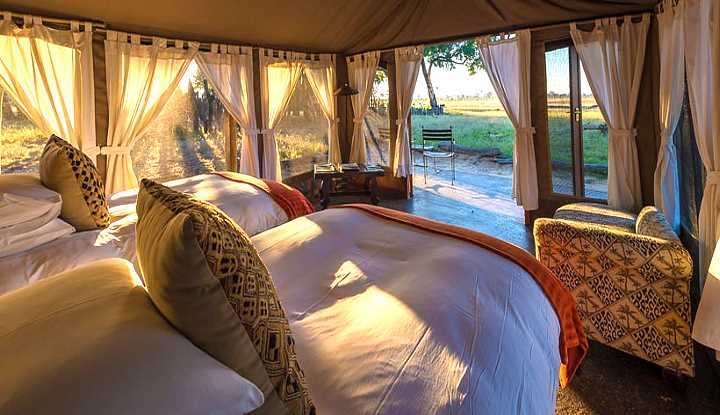 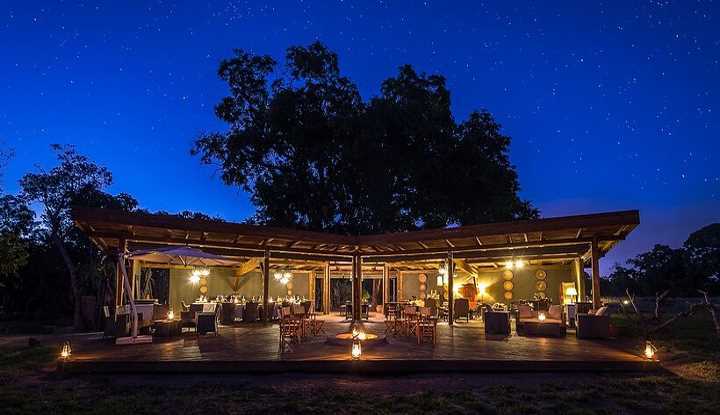 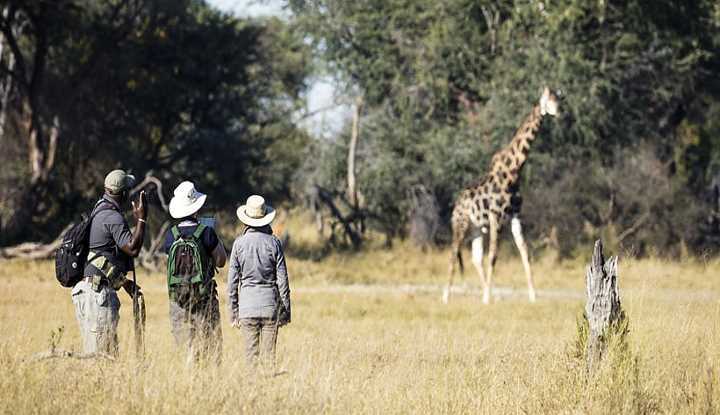 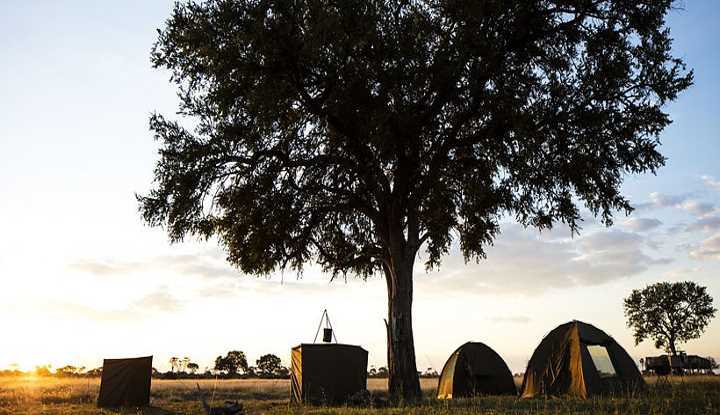 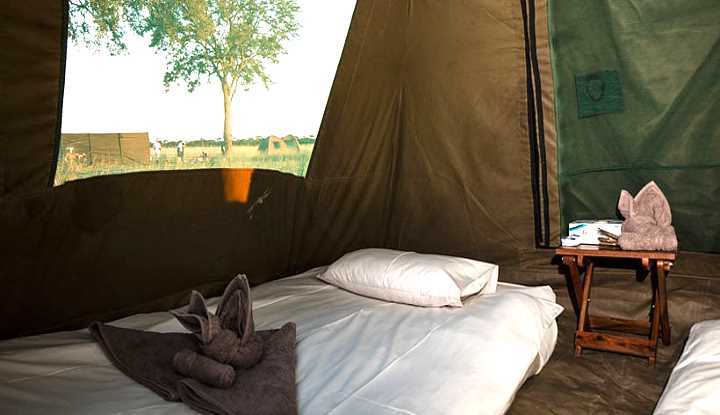 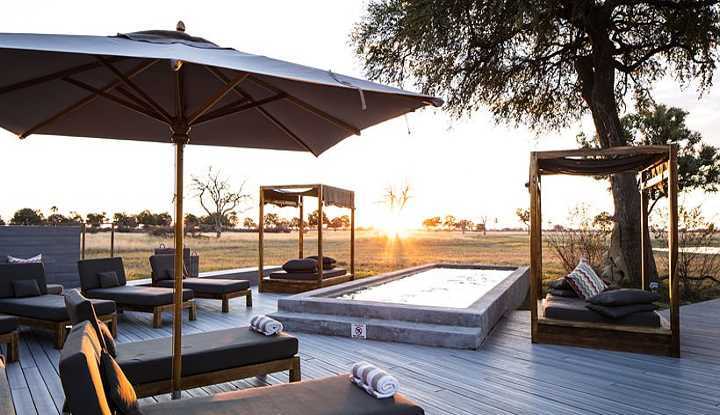 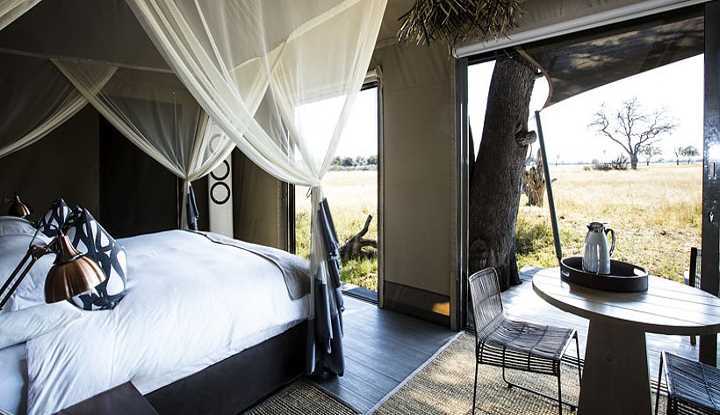 Off the beaten track

This Exploration is an authentic walking safari in Zimbabwe that sets out to discover one of the best wildlife experiences in Hwange. Getting your feet on the ground is combined with roaming further afield by vehicle. The private Linkwasha Concession’s abundance of animal and bird life is a result of its diverse range of habitats: teak and false mopane woodlands, dry acacia scrub interspersed with pans and vast open palm-fringed plains, all of which can be explored on this exciting and adventurous Exploration.

Day 1: Davison’s Camp, Linkwasha Concession
The first night of this Exploration is spent in the comfort of Davison’s Camp allowing you to settle into the pace of the safari before the walking commences the following morning.

As one of the few camps located within the Park boundaries, Davison’s will offer you complete privacy, as well as a compelling mix of diverse wildlife. The camps nine en-suite tents are hidden in the shade of ancient false mopane trees and from the comfort of your bed you will be able to watch the continuous procession of game at the camp’s waterhole. In between activities, you can while the hours away in the main area, or pool, as you observe the thriving life on the plains and contemplate the splendour of Hwange.

Day 2: Ngamo Plains, Linkwasha Concession
You are woken at first light and will enjoy breakfast as dawn breaks over Ostrich Pan. Shortly after breakfast we head out on a short drive to either Scott’s Pan or Back Pans from where we start our first walk. The route takes us through varied woodland habitats presenting us with the opportunity to see a wide variety of wildlife and birds. We arrive at Ngamo Pan at around lunch time for a well-deserved meal and a siesta or an afternoon watching the procession of game visiting the waterhole. Later, depending on the local game movements, we either head out on a short walk or game drive to explore the surrounding area. We return to our camping site at around sunset to enjoy dinner around the fire beneath the canopy of the African night sky.

The facilities at Ngamo Plains provide the perfect balance between comfort and a wild and authentic bush experience. The well-ventilated dome tents (maximum of two guests per tent) measuring 2 metres x 2 metres (6.56 feet x 6.56 feet) are erected by our camp staff prior to your arrival. The tents are furnished with bedrolls with crisp linen, duvets and pillows. Towels and amenities (soap, shower gel and conditioning shampoo) are provided.

There is a nearby bathroom with a long-drop toilet and serviced bucket shower – hot water is available whenever guests require it. The bathroom enclosure has a table with amenities, hurricane lantern, tin basin and a mirror.

Hurricane lanterns and a good campfire light up the evening camp. Delicious meals are prepared around our campfire by our safari staff, creating a great atmosphere and adding to the ‘camping wild’ feel.

Day 3: Ngamo Plains, Linkwasha Concession
We rise to the Hwange dawn chorus and enjoy a hearty breakfast. We then head out on a short game drive to find a suitable area to walk. The route takes us through the combetrum, terminalia, teak and acacia woodlands. Lunch is enjoyed on arrival back at the Ngamo Plains camping site. We recharge our batteries with an afternoon siesta before heading out on either a game drive or walk. Dinner is enjoyed under the African sky.

Day 4: Linkwasha Camp, Linkwasha Concession
As dawn breaks we depart on foot to the luxurious Linkwasha Camp. A highlight is the opportunity to explore the acacia forest fringes of the iconic Linkwasha Plains. On arrival at Linkwasha Camp we are greeted with a sumptuous brunch. The day is spent at leisure before we head out on a game drive in the latter part of the afternoon. We return to camp after dark for dinner.

Linkwasha Camp is set in a beautiful location in the middle of a vast plain overlooking a productive waterhole. The fresh, open and airy design of Linkwasha Camp is complemented by an eclectic mix of contemporary interiors with the original spirit and essence of safari. The camp consists of nine luxurious en-suite tents, while the main area includes various multi-level decks, a pool and a winter lounge complete with a fireplace and library. The camp is the perfect location from which to view wildlife roaming across the expansive savannah plain.

Day 5: We bid farewell to our adventure with a game drive from Linkwasha Camp to Linkwasha Airstrip for onward arrangements.

OVERVIEW
Zimbabwe’s Hwange National Park is the country’s largest game reserve boasting one of the densest concentrations of wildlife in Africa. Situated on the easternmost edge of the Kalahari Desert, its sandy soils harbour extensive stands of broad-leafed woodland. The private Linkwasha concession, located in the south-eastern corner of Hwange, is one of the most abundant areas of the Park due to its diverse range of habitats: teak and false mopane woodlands, dry acacia scrub interspersed with pans and vast, palm-fringed plains.

Hwange Walking Safari sets out to explore this richly diverse area by foot; interspersed with the occasional game drive to ensure you get the most out of your time in Hwange. The Hwange Walking Safari offers an authentic safari experience that will leave you feeling like a participant in nature rather than a spectator. Key species that can be seen along the way include elephant, buffalo, sable, roan, giraffe, wildebeest, gemsbok, lion, leopard, wild dog and cheetah. Birding is also fantastic in the area with the likes of Dickinson’s Kestrel, Bradfield’s Hornbill, Racket-tailed Roller and Arnot’s Chat occurring.

Number of guests: The Hwange Walking Safari will be sold to a maximum of 7 guests.
Private safari options: Tailored Walking Explorations are available on flexible dates, accommodation and itineraries, for groups of up to seven guests. These are ideal for families or for small groups.

Exclusivity: The private Linkwasha Concession is for the use of Wilderness Safaris and Wilderness Explorations guests only.

Transfers: All transfers to and from Linkwasha Airstrip are done by game drive, while transfers between camps are on foot and in game-drive vehicles.

Time: We have specifically allowed for a four-night safari in the Linkwasha Concession which provides you with enough time to truly appreciate the scenic beauty of the surroundings together with the abundant variety of wildlife.

Connection onto the safari: The safari and services of the guide start on Day 1 as per the brochure and detailed itinerary. All scheduled flights must coincide with the start and end point of the particular Exploration that you have booked. This Exploration starts and ends at Linkwasha Airstrip. If arrival is planned for the day of the safari’s departure, please ensure the arrival is at Linkwasha Airstrip at ±15:30 latest. Arrival on a later flight may necessitate additional road or air transfers, or even an overnight (as departure for the first camp/lodge will already have taken place), subject to extra cost.

Connection leaving the safari: Please ensure that your departure charter out of Linkwasha Airstrip is booked for 10h10. For earlier or later departure flights, an additional transfer will be required to arrive for this connection. This will be subject to an additional charge.